A London-based bank has been accused of breaching its own climate pledges over the financing of a heavily polluting coal-fired power plant in Vietnam.

Standard Chartered’s climate policy states that a decision to fund a coal plant should be made only if this is “the best available technology” and that “the choice of fuel type, technology and resulting emissions cannot be improved”.

According to NGO estimates, the plant will significantly exceed the emission limit Standard Chartered puts on projects it finances and would use “outdated” and therefore more polluting technology.

Both Japan and Korea’s export credit agencies, which help companies to export and win international business, are backing the project.

Standard Chartered and other sponsors of the Nghi Son 2 coal plant are expected to finalise a financing agreement by the end of March.

The plant is expected to have a total generation capacity of 1,200-megawatts, and would produce twice as much carbon dioxide per unit of power generated as the average plant in Vietnam, according to Greenpeace analyst Lauri Myllyvirta.

Myllyvirta estimated the coal plant would have an average emissions intensity of 890-900 grams of carbon dioxide per kilowatt hour.

Standard Chartered’s climate change policy states the bank will “not provide debit or equity to new coal-fired power plants which do not achieve a long-run emissions intensity of below 830 grams of carbon dioxide per kilowatt hour”.

Standard Chartered is one of six commercial banks, along with Singapore-based DBS Bank and OCBC and three Japanese banks Mizuho, MUFG and SMBC, due to underpin the project through loans.

“Financing projects that make power generation more polluting, at a time when investments need to be urgently shifted to clean energy, would be the height of irresponsibility,” said Myllyvirta. 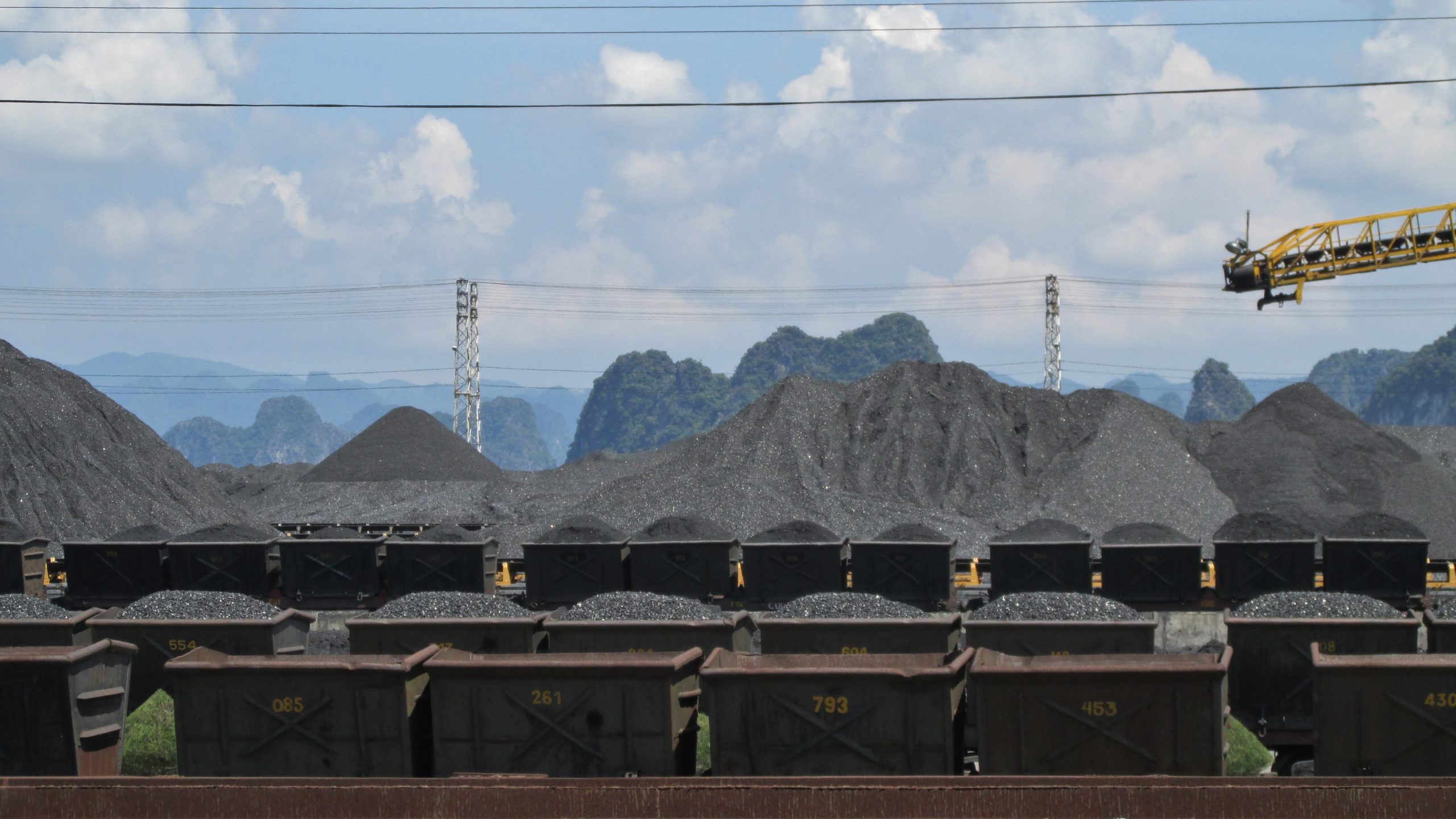 Julien Vincent, executive director of Market Forces, described the technology used at Nghi Son 2 as “outdated even by the low standards in the coal industry”.

“The idea that a dirty coal-fired power plant is ‘best available technology’ is laughable. Vietnam has tremendous potential for renewable energy. Instead, Standard Chartered seems intent on locking Vietnamese communities into decades of pollution,” he said.

A spokesperson for Standard Chartered said the bank “don’t yet have a final assessment on the emissions” from the Nghi Son 2 coal plant, so don’t know if it would breach its standard. She added that where projects do not meet the bank’s climate and energy position “we can and do decline to participate in financing them”.

“The emerging markets need reliable access to energy to support economic growth, and we must balance this demand with the environmental impact of power generation. In certain circumstances (location, availability of alternative power sources etc) we provide financing for coal-fired power stations where the long-term emissions are below 830 grams of carbon dioxide per kilowatt hour, as laid out in our publicly available position statement on Climate Change and Energy,” she said.

Vietnam’s expansion of coal-fired power generation to meet booming energy demand has led to major concerns over public health. The number of coal plants in Vietnam is projected to rise from 38 to 133, including all plants currently planned or under construction.

Citing a study published in the journal Environmental Science & Technology  last year, Myllyvirta said coal-fired power plants were responsible for an estimated 4,300 premature deaths in Vietnam in 2011 alone. The study forecasts that by 2030 there will be more than 19,220 deaths per year due to coal pollution.

Sonia Hierzig, banking project manager at NGO ShareAction, accused the banks underpinning the project of “actively contributing to the failure of the Paris Agreement goals and to a warming world in which their businesses will face increased financial risk caused by the physical impacts of climate change”.

In 2015, the OECD overcame opposition from Japan and agreed on a sector understanding on coal to regulate how the organisation’s 34 member states finance coal-fired power stations around the world.

The new guidelines ban government credit agencies from providing finance for new coal-fired power plants apart from for the most advanced “ultra-supercritical” plants.

According to Greenpeace’s emission estimates, the Nghi Son 2 coal plant does not rank as “ultra-supercritical” plant because of the use of obsolete technology and high carbon dioxide emission intensity.

The environmental impact assessment for the Nghi Son 2 coal plant was produced in 2015, before changes to the OECD guidelines were made and therefore exempting the project from the new set of rules which came into force in January 2017.

However, a clause in the new OECD guidelines says that projects that submitted feasibility and environmental reports and an application to receive support from export credit agencies would have to be “acted upon expeditiously”.

As the project has not yet started, Greenpeace and Market Forces suggested the Japanese and Korean export credit agencies breached the OECD’s guidelines.

The OECD did not respond to a request for comment.

At a thinly-attended “Freedom Zone” event, figures on the right of the party rubbed shoulders with an author who decries the “dogma” of global warming as a socialist plot.

At a thinly-attended “Freedom Zone” event, figures on the right of the party rubbed shoulders with an author who decries the “dogma” of global warming as a socialist plot.
Analysis
us/“We Have to Start Questioning What Systems We Are Participating In”
ByGuest

Mexican climate activist Xiye Bastida says her generation is ready to learn from the Indigenous values of reciprocity and appreciation for Mother Earth to build a flourishing future.