Polls suggest Nigel Farage’s Brexit Party is set to win big in Thursday’s European Parliament elections. Surprisingly, for a party that mainly pitches itself as an ally of Europe’s far right, that could mean a self-identified former hard-line communist taking a seat in Brussels.

That’s what will happen if Claire Fox, the party’s lead candidate in the North West, wins as expected.

Much like the Brexit party, Fox’s politics veer between extremes — including her history as revolutionary communist, defending people’s right to access child pornography without government intervention, and continued support for the right of the IRA to carry out violent attacks.

With the help of Farage, shadowy US donors that push climate science denial, and a network of former revolutionary communists, Fox could soon find herself moving from the fringes of the media debate to the heart of the EU’s government. 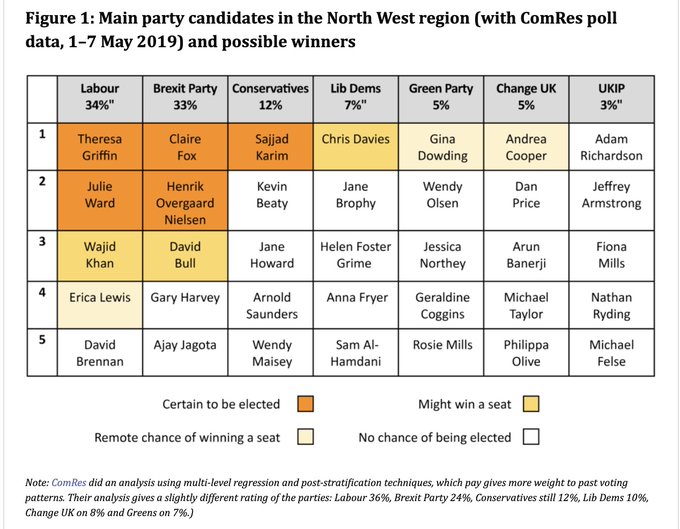 Fox runs a libertarian thinktank called the Institute of Ideas that rejects government intervention on all issues — including to regulate people accessing child pornography and online terror videos.

The Institute of Ideas is part of a network of former RCP members that coalesces around Spiked magazine, which DeSmog and the Guardian previously revealed was funded by US oil billionaires the Koch brothers.

The Kochs are known to push their libertarian, deregulation agenda through organisations with ties to the Brexit Leave campaign and based out of offices in and around 55 Tufton Street. It is still unknown who else funds the activities of the Spiked network.

Spiked promotes mass deregulation, including scrapping environmental rules and climate targets, and received $300,000 from the Kochs over the past three years. That includes a $150,000 in 2016, the year of Donald Trump’s US presidential election victory and the UK’s Brexit referendum.

The Brexit Party’s financial set-up is also unusual and potentially opaque, with Farage having taken inspiration from other European far-right parties, many of which also push climate science denial.

In an interview with Politico, Farage said, “I’ve watched the growth of the Five Star Movement [in Italy], from its inception, with absolute fascination.”

In the same interview, Farage said he also took inspiration from the way Geert Wilders’ Netherlands’ PPV party operated, with the party’s chief as the only member, allowing him to dictate the party’s finances.

As Farage put it to the Sunday Telegraph, that allows him to be “running a company, not a political party”. 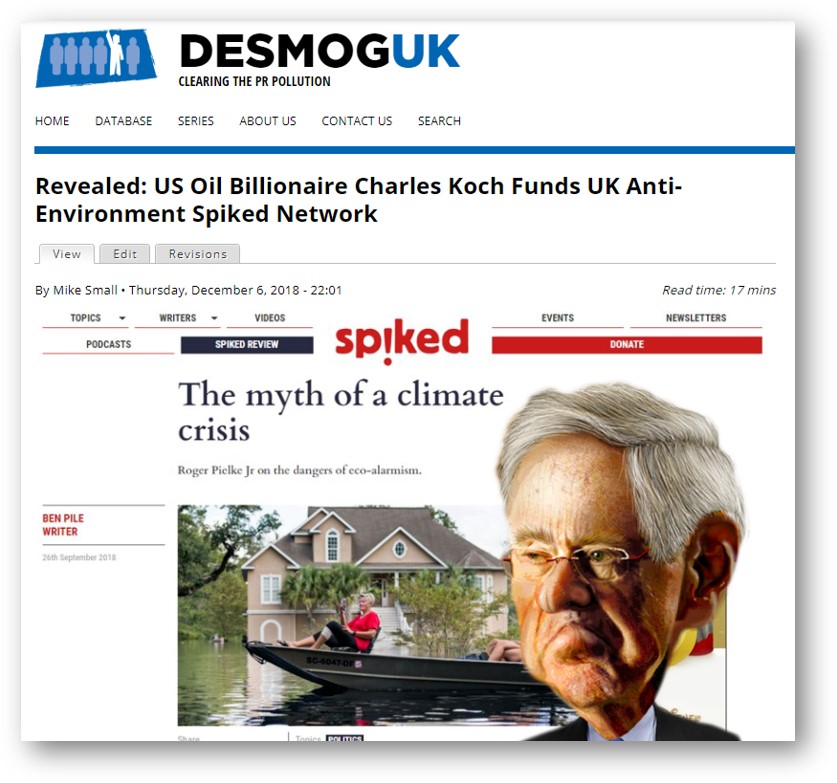 Fox is one of many Brexit Party candidates to spread climate science denial.

Fox has frequently tweeted about her rejection of mainstream and accepted climate science, calling the UN’s Intergovernmental Panel on Climate Change (IPCC) “advocacy research” and says treating the body as “high priests of The Science and final word on climate” would be a “betrayal of scientific inquiry.”

In a debate with environmental journalist George Monbiot, reported by the climate science denial blogger Ben Pile, she was asked whether she wanted people to be “free to pollute,” answering: “I want freedom.”

Fox did not respond to a request to comment for this article.

Farage told an interviewer in 2013: “I’m all for pollution controls but to obsess with carbon dioxide, which as I understand it, is a perfectly natural occurring phenomenon, strikes me as strange.”