Lord Lawson stepped to the curb hailing a taxi. We had both been at an event in a swish Fleet Street hotel discussing illegal phone hacking by journalists. I had followed him out onto the pavement and asked whether the hacking of scientists’ emails from the servers of the British university had been unethical — as well as criminal. “It was a whistleblower,” he scowled. The black taxi took off, leaving me in a cloud of diesel.

Another Lord, though of a different stripe, Lord Monckton, I have met many times. The one that comes to mind is when he was the star turn during a fringe event of climate deniers near the Vatican in April 2015. I began by asking whether he, as a Catholic, believed the Pope could in fact be fallible when pronouncing climate change the challenge of our age. Before I knew where we were, the faux peer was accusing Barack Obama of being the centre of a global Communist-Fascist conspiracy.

Dr S Fred Singer I interviewed at a Heartland Institute conference in Las Vegas, the United States, back in 2014. He spoke quietly and softly, explaining his role in recruiting Lawson, the former British chancellor, to the climate denial cause. This mattered because Singer is the grandfather of the denial of climate science, and has been associated with both tobacco and oil companies.

These three men were influential in turning Climategate into an international scandal 10 years ago now.

The illegal hacking of thousands of private emails between climate scientists, both at the University of East Anglia and elsewhere, and their publication in November 2009 was supposed to be the smoking gun which proved that hundreds of highly respected, indentured university scientists working around the world had conspired together to exaggerate the risks from climate breakdown.

The target of the hack attack had been Pennsylvania State University Professor Michael Mann, the author of the first ‘Hockey Stick’ graph which showed a dramatic uptick in average global temperatures following hundreds of years of a fairly stable climate. Professor Phil Jones was collateral damage: accused of academic dishonesty, hauled in front of a powerful Parliamentary committee to answer these trumped up charges, his life’s work unfairly called into question. He considered suicide.

Climategate should have been a storm in a teacup. The emails revealed nothing new. A few choice phrases were taken out of context, twisted, and presented as damning evidence. It was Lord Lawson who turned it into a crisis for climate science.

He launched the Global Warming Policy Foundation (GWPF) in Parliament just in time to make best use of the faux scandal, toured the newspaper offices using his reputation as Thatcher’s one time chancellor to persuade editors to take the event seriously, and called on his Tory friends to open their cheque-books to fund his opaque think tank.

The GWPF scored some initial successes. Lawson is said to have persuaded his former friend, Lionel Barber, until recently the editor of the Financial Times, to take the Climategate fiasco seriously. This in turn likely influenced the Guardian in its decision to run day after day of coverage of the hacked emails, and its reporters’ fruitless attempt to find the hacker.

Lawson was also influential in the decision of the Science and Technology Committee of the House of Commons to launch its investigation — trapping Professor Jones under the cameras and the hot lights to answer evidently preposterous allegations. Lawson, even during a hearing which he had been influential in being opened, refused to say who was funding his new thinktank.

Alongside Lawson, Singer and Monckton were also there from the very beginning and had significant roles to play in the development of the GWPF.

Singer was among the first climate deniers in the world, indeed when he entered the fray most climate scientists were aware of the complexity and contingency in the research. It was firmly established that carbon dioxide in the atmosphere caused heating, and that the amount pumped out through the use of fossil fuels was inextricably rising. But issues like the sensitivity of the atmosphere to change and how quickly this would change was still hotly debated.

Singer worked with the Atlas Economic Research Foundation (now Atlas Network) in the United States. The foundation was primarily concerned with promoting free market, neoliberal economics. Friedrich von Hayek was the intellectual inspiration. He argued that any regulation would distort the market, leading to hardship.

This ideology was very much in the ascendancy around the world: Lord Lawson has been its “chief architect” in the UK and as chancellor had torn apart the regime of financial regulations. But as well as causing economic collapse in many of the economies where it was tested, neoliberalism now faced the challenge posed by climate science — which would inevitably lead to calls to stop (or regulate, or tax) fossil fuel use. 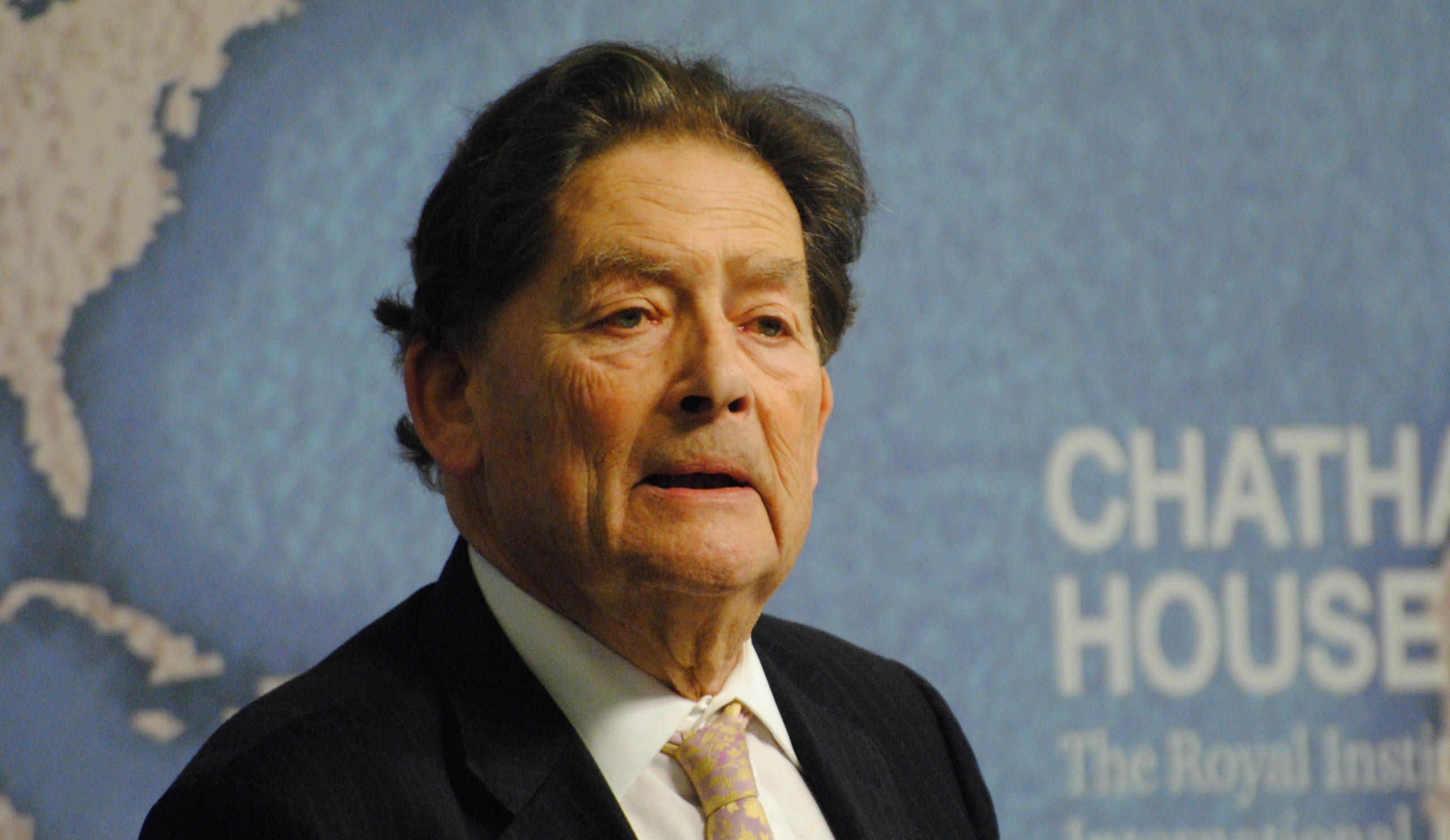 The Atlas Foundation turned to Singer for help. The physicist had previously worked with the tobacco industry deliberately creating smoke and mirrors around the increasing scientific consensus that smoking caused cancer. The foundation received money from the oil industry, including Koch Industries and ExxonMobil, and was instrumental in founding the Institute of Economic Affairs (IEA) in the UK. It was a trustee of the IEA — David Henderson — who first approached Lord Lawson at an event hosted by the London School of Economics and persuaded him to take up the cause of climate denial.

Lord Monckton also had a part to play. A viscount, Monckton was born into money, but despite his rather eccentric denials, actually missed out on becoming a member of the House of Lords when hereditary peers were abolished. The viscount worked for a very short period for Thatcher’s policy unit. He later lost £1m in prize money when he launched a puzzle betting no-one could crack it. They could.

Monckton became something of a hero to the climate denier community when he published a two-page rant in the Sunday Telegraph claiming that he alone had exposed the fatal flaw of the science of climate change. The rather eccentric ramblings had originally been drafted as a report for a private investor (with an historic interest in fracking). He was also instrumental in formulating talking points from the Climategate scandal for climate science deniers across the world. 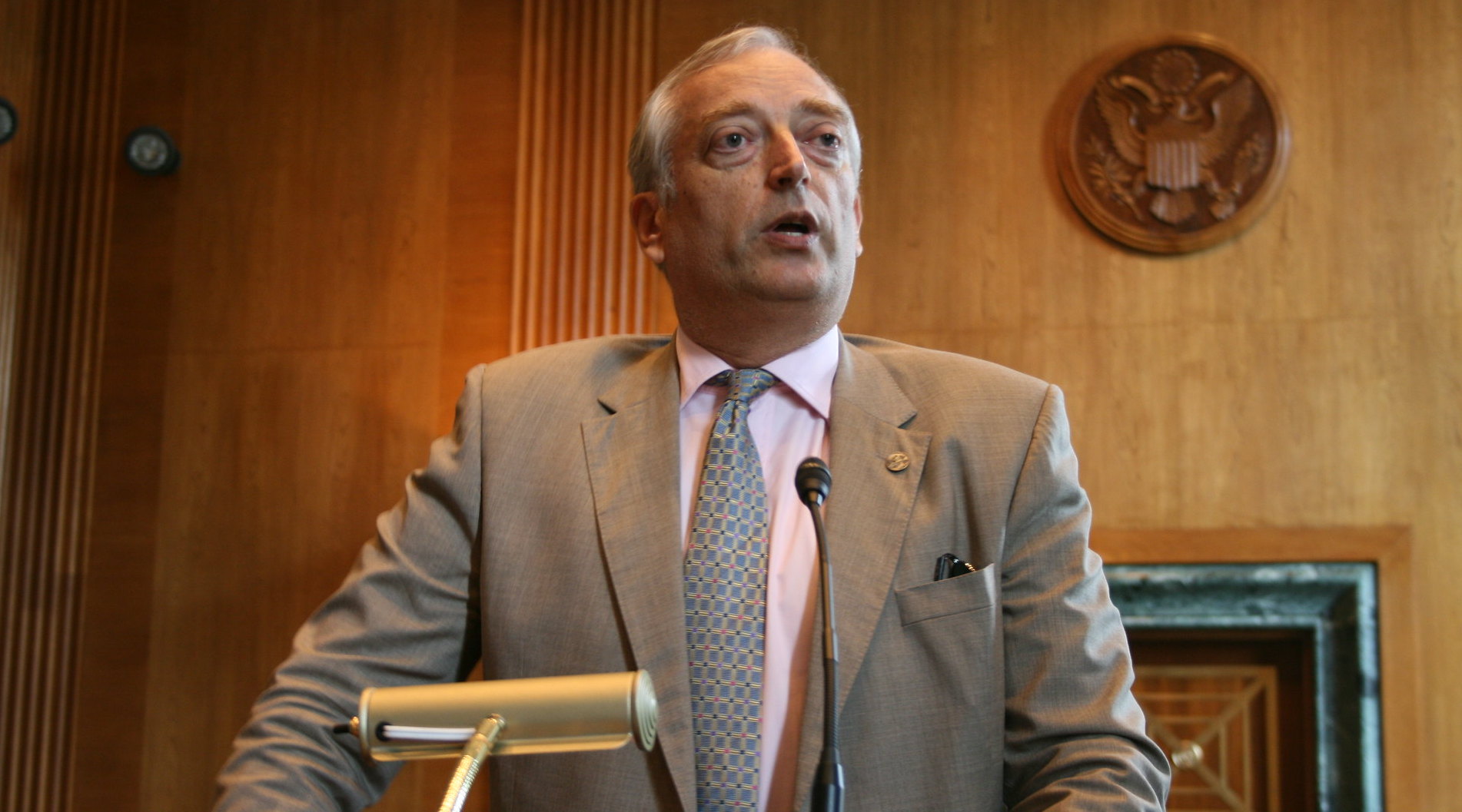 Image: Christopher Monckton giving a talk on global warming in the US in 2009. Credit: Don Irvine CC BY–ND 2.0

Monckton — if you believe his side of the story — advised Lawson to establish the GWPF and take up his new climate denier cause — attacking science rather than policy. He also claimed to have recommended Dr Benny Peiser — who wrote his dissertation on whether people are more athletically active in the summer — as the head of the charity. Peiser denied this version of events, desperate to distance Lawson and the think tank from the discredited and conspiracy-prone Monckton.

Lawson did not advise fake news, but it encouraged a distortion of reality that has seriously undermined our politics. It opened the floodgates.

Along the way, the GWPF has gotten into bed with the wildest of right-wing neoliberal think tanks, becoming intimately entwined with those responsible for serious spin and corporate lobbying around Brexit.

Lawson himself was instrumental in the Vote Leave campaign (before applying for residency in France). He was happy to appeal to reactionary populism to settle scores within the Tory party.

One consequence of this is that Nigel Farage long ago adopted the tactics of his namesake. Farage has dabbled in climate denial. He has gone further in stirring up populism. He is the master of scapegoating. And he is forever throwing “dead cats” into the political arena, keeping us constantly focused on our relationship with the EU. And in doing so, his Brexit Party — a party riddled with a Lawsonian brand of climate science denial — came close to destroying Lawson’s Tory party while continuing to push the UK towards the hardest of Brexits.

Lawson, Monckton, and Singer have all quietly fallen off the radar. But their legacy, honed through the manufactured scandal of Climategate, lives on.

Lawson made himself chairman of the GWPF for life, but age has — with the same inevitability as climate breakdown — taken its toll and he has retired from climate politics to his beautiful mansion in the south of France. The GWPF lost the argument. It is now ineffective, losing support, and should soon be defunct. Singer has long retired from his think tank. Monckton is still attacking the Pope, but to no effect.

From climate denial and the fakest of fake news, to corporate lobbying and media spin — you reap what you sow.