Last month, 11,258 scientists from virtually every country in the world published a study on climate change, writing that they collectively declared “clearly and unequivocally that planet Earth is facing a climate emergency.”

That comes six years after a widely cited 2013 study reported 97 percent agreement among publishing climate scientists that human activity causes climate change — a consensus that has grown stronger in the years since. John Cook, lead author of that study, described this summer a 99 percent scientific consensus that humans cause global warming.

“There’s a premise that has now become standard that I don’t accept: the idea that we know,” Mark Mathis, president of the Clear Energy Alliance, told the gathered pipeline executives. “For a scientist, for a climatologist to say, ‘we know that we’re the cause,’ okay, ‘and the consequences are extreme’ — well, we’ve got these giant natural factors, you know, sun spot activity, oceans, cloud formations, these are all extraordinarily complex things, okay?”

“There’s a lot that we don’t understand,” Mathis continued. “We’re just now trying to get our finger on it.”

It’s a mantra that’s been heard for decades from fossil fuel advocates — but it’s worn increasingly thin as the world comes to grips with the political and scientific reality of the ongoing climate crisis. The United Nations warned in March that the world has “only 11 years left to prevent irreversible damage from climate change.” At the December 3–5 pipeline conference, Mathis called for more study, and falsely claimed that the science does not back up the notion that fossil fuel–burning has caused climate change.

“Let’s continue to work through the science side of it and understand that this extreme case scenario [of fossil fuel–caused climate change] — it’s a constant mantra, people are beginning to accept it, but the science simply does not back that up,” he told the crowd during a panel titled “Breaking Through the Regulatory Wall.”

For the record, the science does in fact back up the notion that people — mainly by burning fossil fuels — are causing the climate to rapidly warm. Climate scientists have carefully examined the role of the sun and sunspots in climate change, as Marshall Shepherd, director of the University of Georgia’s Atmospheric Sciences Program and former president of the American Meteorological Society, explains in detail in Forbes.

The short version: Scientists have measured the amount of the sun’s energy arriving at the top of our atmosphere since 1978 and have found no rising trend.

In fact, a study released the same day that Mathis spoke at the Marcellus Utica Midstream conference found that climate models have proved to be remarkably on point. Even some of the earlier climate models going back to the 1970s, which have been refined and updated in significant ways since, accurately predicted the warming that we’ve seen in the past 40 to 50 years.

In March 2018 Mark Mathis compared climate models to fortune tellers in a Clear Energy Alliance video, listing off a range of unrelated computer models (for elections, hurricanes, and stock markets) as evidence that climate change models are unreliable.

The Clear Energy Alliance was created in 2017, DeSmog reports in its profile of the organization, and does not disclose its funders, though Mathis’s earlier projects have confirmed that the group took fossil fuel funding. According to a Clear Energy Alliance biography, Mathis has “testified before Congress on the dangers of anti-energy extremist groups” and appeared as “keynote speaker for many dozens of organizations” including the National Football League and the Independent Petroleum Association of America. His organization also has created and circulated cartoonish YouTube videos and political ads mocking climate science and its findings.

‘I don’t even buy it myself’

A second panelist at the conference’s regulatory session said he thought policy makers and the public no longer bought the idea that climate science is unreliable. And, he added, a second fossil fuel industry talking point, the notion of natural gas as a “bridge” to renewables, also no longer works.

Russo, according to his law firm biography, previously served as general counsel of the New York State Department of Environmental Conservation. Prior to joining Greenberg Traurig, Russo represented a range of clients, according to Martindale, including a solar farm developer, a “major company” under federal investigation for knowing violations of hazardous waste laws, and large utilities. While at Greenberg Traurig, Russo registered as a lobbyist for National Fuel Gas Co. and other energy industry clients, according to the grassroots watchdog Public Accountability Initiative.

This is real world stuff, but the reality is that the political climate now is very concerned with limiting the use of fossil fuels. #MUMConf The climate issue is not going to go away. The conversation has turned and we have to decide how to deal with this.

“And for years, natural gas was able to be in on that conversation because they were saying, ‘hey, we are actually bringing the numbers down in this country. We are displacing much dirtier fuels and we are a bridge to the future. Yes, we all want to get there eventually but it’s complicated.’”

“And the conversation was kind of good,” he said. “But it has turned.”

Instead, Russo suggested that the pipeline industry should present gas as more reliable and cheaper than renewable energy, and to suggest a slow response that mirrors the long rise of the fossil fuel industry over the last century and a half or so. “But I think saying to people, listen, we got into this problem over a long, long period of time and we didn’t know anything about this, and we have other issues such as reliability and price,” he said.

As DeSmog — as well as the Wall Street Journal, S&P Global, Bloomberg, and many others — have reported, the shale drilling industry has spent years raising natural gas production while racking up huge financial losses, putting the long-term prospects that gas prices will remain at historic lows potentially at risk. Trade show booths and luncheon tables at the 2019 Marcellus Utica Midstream conference, which occupied a smaller portion of the David L. Lawrence convention center in Pittsburgh than conferences in prior years. Credit: Sharon Kelly, DeSmog

The industry’s financial troubles were apparent at this year’s Marcellus Utica Midstream conference, where attendance was sparse compared to years past, and the conference trade show occupied only a fraction of the convention center space used in years prior.

Even at today’s prices, the natural gas industry faces an increasingly uphill battle using price as a talking point. A pair of September studies by the Rocky Mountain Institute (RMI) concluded that within just 16 years, it will be cheaper to scrap natural gas power plants — even those built today or in the future — and replace them with renewable energy power generation. 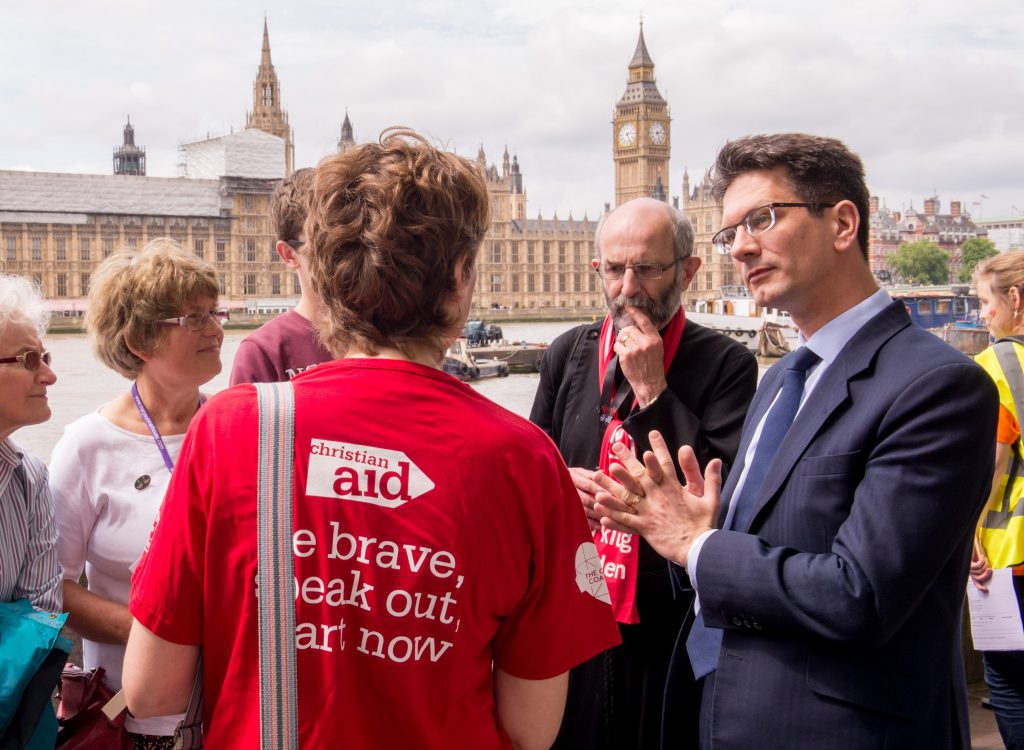