With MP nominations now closed for the Labour leadership contest, the race is on for the five chosen candidates to win enough support from local parties, unions and other affiliated “socialist societies” to go through to the next round.

Public concern on climate change is at an all-time high, so how do the MPs hoping to replace Jeremy Corbyn stack up on the issue?

Keir Starmer is still Shadow Brexit Secretary and is currently the bookies’ favourite to win.

He recently said “campaigning for action on the climate crisis” was “hugely important” and defended protest group Extinction Rebellion after the organisation featured in now-recalled police guidance on counter-terrorism. Starmer, a former Director of Public Prosecutions, called it “completely wrong and counterproductive” to list the environmental activists alongside violent extremist groups.

Starmer voted against Heathrow expansion when it was approved by Parliament in 2018, though he’s taken a number of donations from the Unite union, which lobbied strongly in favour of the new runway.

Starmer was also one of 42 MPs to oppose the first phase of the HS2 rail project between London and Birmingham, which he has said would have a “devastating impact” on people living in his London constituency.

Starmer has been a strong advocate of bolder action on air pollution. Since at least 2016 he’s been calling for a new Clean Air Act, arguing for a “radical and far reaching response” to tackle the problem.

He also enjoyed a boost to his green credentials this week after Labour’s affiliated environmental campaign group, SERA, gave him their leadership nomination.

SERA, to which Starmer gave a speech in 2016, said in a statement:

“We looked hard at the record and competences of all of the candidates and it was very clear to us that Keir stood out as the candidate who had consistently supported SERA’s positions within the party and in parliament – opposing the expansion of Heathrow airport, standing up to protect environmental legislation in the Brexit debate, and campaigning with us on air quality.”

Starmer’s closest contender is Shadow Business Secretary Rebecca Long-Bailey, who was leading the race in one recent poll. She is a close ally of Shadow Chancellor John McDonnell and widely seen as the Corbyn continuity candidate.

She’s been a vocal opponent of fracking which she has said “can’t be part of the solution to climate change”, and abstained (or was absent) in the Heathrow expansion vote.

Like Starmer, Long-Bailey is close to the Unite union, from which she has received multiple donations since she became an MP in 2016. She has also pushed back against the labelling of Extinction Rebellion as extremist calling the move a “disgrace”.

Where there’s slightly less agreement between the two is over HS2: Long-Bailey is the only one of the five candidates to have voted in favour of phase 2 of the project, between Birmingham and Crewe. The other four all abstained or were absent.

Long-Bailey was given top marks in the Guardian’s “MP climate score”, which DeSmog worked on, based on five votes for which she was in Parliament. (Starmer wasn’t given a score as he only voted on two pieces of legislation, below the minimum needed.)

And she’s also been active in the SERA environment campaign, speaking at a rally celebrating the tenth anniversary of the UK’s Climate Change Act in 2018. During the event she said:

“Sometimes we’re made to feel by some quarters that talking about green revolutions, renewable energy and environmental issues is a luxury in this day and age. It’s not a luxury, it’s vital for all of our futures.”

Coming in at number three in the bookies’ odds is Lisa Nandy, a former Shadow Energy Secretary under Corbyn who has done more than most MPs to engage with the issue of climate change.

The first of the candidates to undergo the Andrew Neil treatment, she’s taken a strong stance on the post-Brexit trade deal being negotiated with the US, saying it should be refused if Donald Trump goes through with his pledge to leave the Paris Agreement.

Nandy has, however, warned against taking a too radical approach to tackling climate change, saying it risks alienating poorer communities. “Telling people to get out of their cars can’t be the solution in those parts of the country where decades of chronic underinvestment have left us without public transport,” she wrote in an article ahead of Extinction Rebellion’s protests in October 2019.

That’s a theme Nandy took up in her own speech to SERA in 2018, when she said towns and cities were pioneering ways to tackle climate change “where the government is failing”, but that they “lack the power to do it”.

“They know as we know that this is where innovation and change comes from. When you look at the situation nationally, it is a mess. Pollution from power stations might be falling but pollution from transport is flatlining and even rising,” she said.

Nandy voted for “pro-climate” legislation nine out of nine times according to the Guardian’s MP score but has received donations from Unite as well as GMB, which has backed fracking and Heathrow expansion. She’s also taken multiple donations from the Communication Workers Union, which has a more ambitious climate policy. 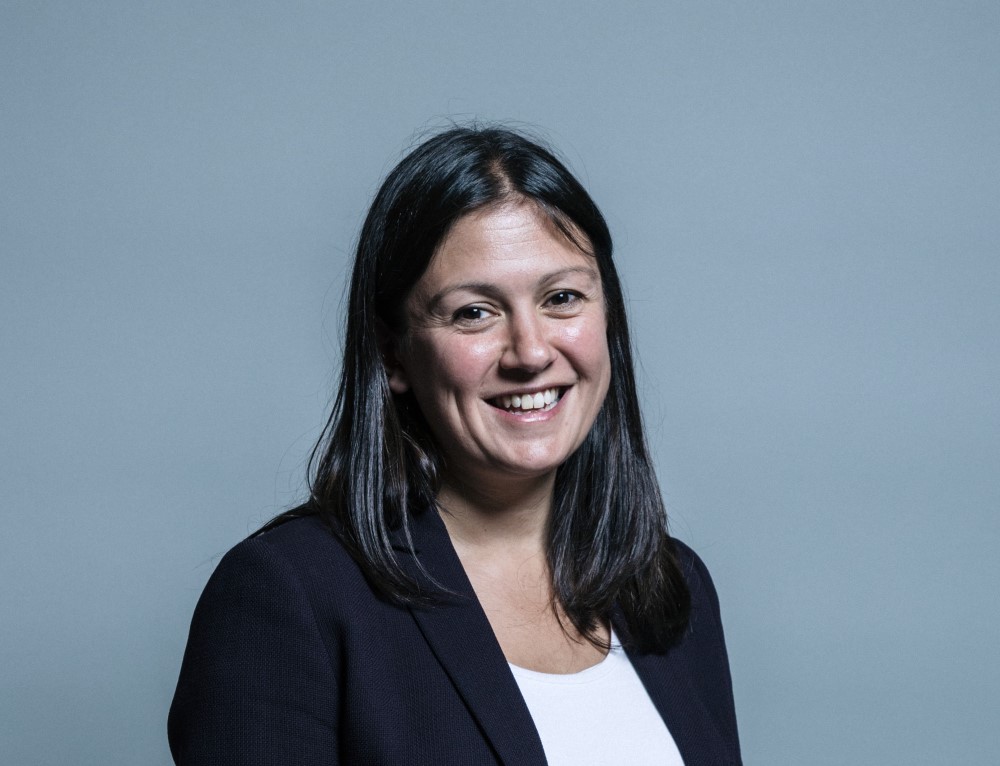 In fourth place and the candidate most critical of Jeremy Corbyn’s leadership is Jess Phillips, who threatened to resign from the party in 2016 if he continued as leader.

She’s also expressed reservation about the Extinction Rebellion movement, saying in a discussion on BBC Politics Live that although the group had a “well-executed plan” that had increased environmental awareness, she worried about how that plan could be turned into “practical action”.

She also said people in her constituency working in the car industry and airport needed to be part of the transition. When asked by Rupert Read, an XR spokesperson and Green Party representative, whether she would commit to stopping airport expansion, HS2, any new road-building and exploration for new fossil fuels, she shook her head.

She has, however, called for a citizens’ assembly on climate change, one of XR’s three demands, although it’s not clear how this would differ from the initiative currently being run by the government.

Phillips voted in favour of Heathrow expansion, with a 67 percent in the Guardian’s database, based on three votes. Like Nandy, she’s also received donations from the CWU union.

As the longest-serving MP of the five, Emily Thornberry has had more time than others to make her mark when it comes to climate change.

She was present for 13 of the votes analysed in the Guardian’s climate score and voted “positively” in all but one — opposing a bill in 2009 to reduce emissions nationally by 10 percent the following year. Labour opposed the campaign, run by the climate charity 10:10 (now Possible), and ultimately backed a less ambitious proposal. Although she voted against Heathrow expansion, Thornberry has received a number of donations from Unite, one of its key backers.

Thornberry is a supporter of SERA, but her engagement with climate change goes well beyond that.

She sat on Parliament’s Environmental Audit Committee from 2005-2007 and was awarded an Environment Champion Award for her work with WWF. The charity praised her for “advancing parliamentary debate about critical issues like climate change and holding the Government to account”, as well as advocating for new climate legislation.

In 2009, Thornberry attended the UN climate summit in Copenhagen alongside then Energy Secretary Ed Miliband, and briefly served as a Shadow Energy Minister the following year.

Whatever the merits of the different candidates, though, they’ll only get a chance to put any of their policies into practice if they can defeat Boris Johnson at the next election.

And whoever wins the Labour leadership election will be quite a contrast to the UK’s Prime Minister, who has flirted with climate science denial and taken donations from its promoters throughout his career.

There are signs the issue may have risen up Boris Johnson’s list of priorities in recent months, with the government reportedly set to unveil a new climate plan at the end of the month.

But his cabinet still remains stuffed with free-marketeers with a less than glowing record when it comes to climate change, and there’s a long way to go before the UK gets on track to meet its new 2050 “net zero” emissions target.

Rich Collett-White is Deputy Editor of DeSmog. He joined the organisation in December 2018 as a UK-focused investigative reporter, having previously worked in communications for the climate charity Operation Noah. He is a member of the National Union of Journalists.