Electric cars are better for the climate than gas-powered vehicles in nearly every part of the world. That’s the clear, unequivocal finding of the first study that conducted a global examination of the current and future greenhouse gas emissions of electric vehicles (EVs) and gas-powered cars. This study directly refutes myths perpetuated by climate science deniers and EV antagonists, who claim that EVs are really not all that green.

The team of European researchers behind the new study build on recent similar findings by the research group Bloomberg New Energy Finance (BNEF) and the Union of Concerned Scientists. Each of these studies have taken a worldwide look at the life cycle emissions from EVs that are charged by a variety of forms of electricity generation, from the cleanest to the dirtiest of grids. The new study again dispels the myth that electric cars are more polluting than gas-powered cars because they are charged by coal-fired electricity.

“We show that already under current carbon intensities of electricity generation, electric cars and heat pumps are less emission intensive than fossil-fuel-based alternatives in 53 world regions, representing 95 percent of the global transport and heating demand,” the study says. “Even if future end-use electrification is not matched by rapid power-sector decarbonization, it will probably reduce emissions in almost all world regions.”

Electric vehicles and heat pumps used for home heating are, on average, less emission-intensive than petrol cars and fossil boilers in 53 out of 59 world regions, according to a paper published in @naturesustainab. https://t.co/6jbNnihuCU pic.twitter.com/JNoKDNVlz5

The study analyzed life-cycle emissions for road transport and household heating in 59 regions of the world. Its findings show that when it comes to climate, in almost every case, even inefficient EVs and heat pumps come out ahead of their very efficient fossil fuel counterparts.

“In the most favourable case, even very inefficient electrification (equivalent to the upper ends of their ranges) is less emission intensive than using the most efficient new petrol cars or fossil boilers instead,” the study says. “EVs or [heat pumps] can thus reduce net emissions in almost all situations.”

The exceptions are in places like Estonia and Poland that are heavily reliant on shale oil and coal, respectively. But as the electricity sector gets increasingly cleaner worldwide, electrifying home heating and transport becomes even more sensible from an emissions standpoint.

“While it is true that in some places, the current emission intensities of electric cars are not far below the emissions of petrol cars, electric cars have an important advantage: They become greener over their lifetime, as electricity grids are gradually becoming less carbon intensive,” the study’s lead author Dr. Florian Knobloch, who completed the research during his PhD work at Radboud University in the Netherlands, told DeSmog.

Several anti-EV economists and opponents of wide-scale climate action promote the idea that electric vehicles are not better for the climate and that they produce more air pollution than conventional cars.

Bjorn Lomborg, president of the Copenhagen Consensus Center, made these claims in a video posted by the conservative media organization PragerU in 2016. Screenshot from Bjorn Lomborg’s often-debunked video for PragerU. Annotated in red by DeSmog.

The new study by Knobloch and colleagues further suggests that claims used to undermine electric vehicles by questioning their environmental benefits are basically false.

“The idea that electric cars could increase emissions is essentially a myth,” Knobloch, an economist and environmental scientist, said in a press release. “We’ve seen a lot of discussion about this recently, with lots of disinformation going around. We have run the numbers for all around the world, looking at a whole range of cars and heating systems. Even in our worst-case scenario, there would be a reduction in emissions in almost all cases.”

The findings are consistent with analyses by other researchers like those at the Union of Concerned Scientists (UCS).

“The latest data affirms that driving on electricity produces significantly fewer emissions than using gasoline and is getting better over time,” UCS senior vehicles engineer David Reichmuth wrote in a blog post last month. Lomborg may claim in his 2016 video that “electric cars are coal-powered cars,” but this ignores the reality that coal use for electricity has rapidly declined. “Electricity from coal has fallen from 45 percent to 28 percent in less than a decade,” Reichmuth explains.

The essential takeaway from the new study is that electric cars have a lower carbon footprint than gasoline-powered vehicles, even with the current electricity mix substantially comprised of fossil fuels.

The American Fuel and Petrochemical Manufacturers, a trade group for petroleum refiners, recently posted about a higher-octane fuel that it says is making vehicles cleaner, but as this latest study confirms, even “cleaner” gas-powered cars are dirtier than electrified transportation that eliminates tailpipe emissions completely. The same goes for household heating — electrification yields lower climate emissions than fossil fuel boilers.

“Taking into account emissions from manufacturing and ongoing energy use, it’s clear that we should encourage the switch to electric cars and household heat pumps without any regrets,” Knobloch said. “Policymakers in most parts of the world can go ahead with ambitious end-use electrification policies, without the need to wait for further power sector decarbonization.” 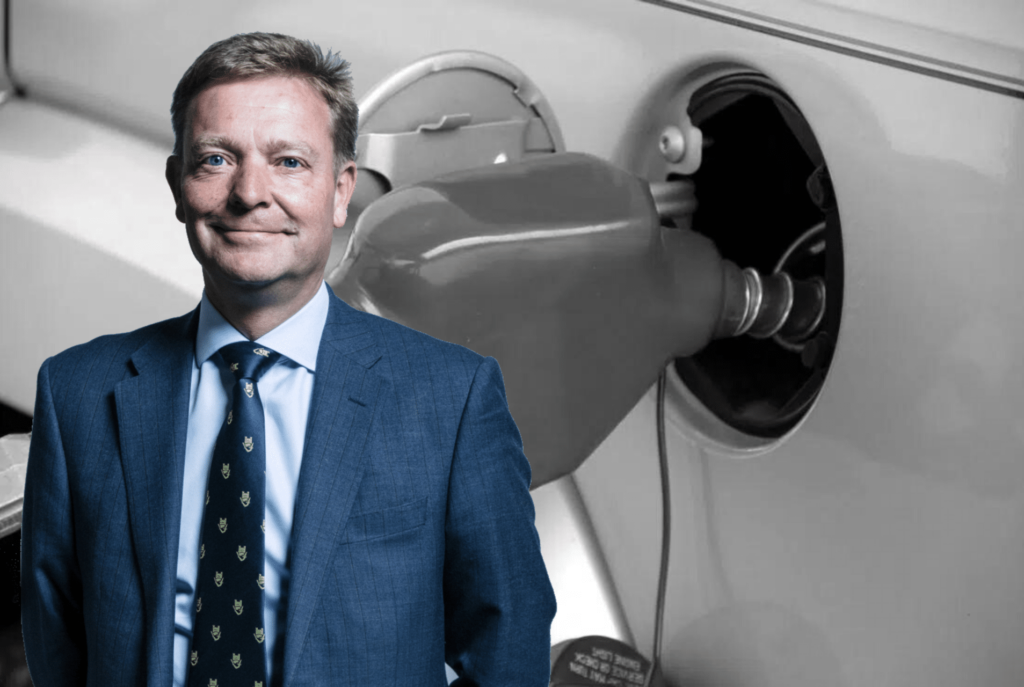