During her Senate confirmation hearing on Tuesday, October 13, Supreme Court nominee Amy Coney Barrett trotted out a tired and dismissive refrain from climate deniers, saying, “I’m certainly not a scientist” when Senator John Kennedy (R-LA) asked specifically about her views on climate change.

After Barrett said she doesn’t have “firm views” on the subject, Senator Richard Blumenthal (D-CT) pressed her on those views during the hearing Wednesday, where she continued to dodge the question. “I don’t think that my views on global warming or climate change are relevant to the job I would do as a judge,” Barrett said, adding, “I haven’t studied scientific data. I’m not really in a position to offer any informed opinion on what I think causes global warming.”

Her use of the “not a scientist” line, and her subsequent doubling down on the idea, drew swift criticism from activists, journalists, politicians, and other professionals engaged with the issue of climate change.

Barrett: “I’m certainly not a scientist. I have read things about climate change. I would not say I have firm views on it.”

We don’t need a climate denier on the Supreme Court.pic.twitter.com/hSud9hNYwx

I have read things about this nominee. I would say I have firm views on her appointment.

It is dangerous to confirm someone to the Supreme Court who does not have a firm recognition of the supreme threat of climate change. https://t.co/8fnT3l7kPx

“I’m not a scientist” is what all the right wing front groups’ pawns say about climate change, so can’t say I’m surprised #ACBHearings

Whether Barrett is truly a climate science denier herself remains unclear, though the president nominating her has left no doubt about his own stance on climate change. Despite President Trump’s history of calling climate change a hoax and brushing aside the extensive scientific expertise of federal agencies on the subject, Barrett claimed she was unaware of the President’s views when Sen. Blumenthal asked point-blank whether she agreed with Trump.

“I don’t know that I’ve seen the president’s expression of his views on climate change,” she said.

On climate change, the science is clear. The evidence is irrefutable.

Why isn’t Amy Coney Barrett willing to acknowledge it? pic.twitter.com/xidTw0RSaV

At the least, Barrett appears to identify with the broader conservative ideology that finds it acceptable to dismiss the overwhelming scientific consensus on the threat of climate change. Some activists have said this alone should be disqualifying for a Supreme Court nominee who would be presiding over cases on a range of issues including climate change, which scientists warn is a planetary emergency. For example, a number of lawsuits are winding through the courts right now that ultimately target the Supreme Court’s landmark ruling upholding the U.S. Environmental Protection Agency’s “Endangerment Finding” that greenhouse gases are pollutants that threaten public health due to climate change and therefore require regulation under the Clean Air Act.

Barrett does have ties through her and her family’s work in corporate law firms to multi-national oil giants like Royal Dutch Shell, new research from the nonpartisan watchdog Accountable.US shows. Her father spent most of his career working as a lawyer for Shell Oil, and Barrett worked at the firm Baker Botts while the firm represented major oil corporations like Exxon and Shell. She has included Shell on her recusal list, according to Accountable.US, but the research also shows that as a judge she ruled in favor of corporate interests over people 76 percent of the time.

“Amy Coney Barrett’s record and views prove that she is anti-science, anti-environment, and an outright climate denier,” Accountable.US spokesperson Jayson O’Neill said in a statement.

Amy Coney Barrett is a climate denier. This is disqualifying.

Despite the scientific warnings, Republican politicians have for years downplayed the risks by peddling this “I’m not a scientist” talking point, basically a softer version of climate denial. Former President Barack Obama called this out during his State of the Union address in 2015. Senate Majority Leader Mitch McConnell has only recently stopped using this evasive line.

The fact that Barrett, who is soon set to be seated on the nation’s highest court, repeated it indicates just how pervasive climate-dismissive messaging has become among political conservatives. It also raises the concern that big business interests opposed to climate action are using dark money to effectively buy the judges they want in federal courts, including at the Supreme Court.

Senate Democrats released a report in May addressing this issue of dark money influence in the federal judiciary. According to that report, the Supreme Court’s conservative majority under Chief Justice John Roberts has handed down 80 decisions along partisan lines (by a 5-4 margin) that benefit conservative and corporate interests.

And 86 percent of President Trump’s nominees to federal appellate courts, including Barrett, have been members of the influential right-wing legal network the Federalist Society. Barrett, whom Trump appointed to the Seventh Circuit Court of Appeals in 2017, was an official member of the Federalist Society from 2005-2006 and 2014-2017 and continues to be affiliated with the organization.

The Federalist Society notably has ties to climate deniers and polluting interests like Koch Industries and ExxonMobil. As DeSmog’s database profile on the Federalist Society notes, “the Society has consistently published articles and hosted debates that frame investigations into ExxonMobil and think tanks that question the existence of man-made climate change as attacks on free speech. The group has also regularly hosted talks by individuals who oppose the mainstream consensus on manmade climate change including Willie Soon, Oren Cass, Steven Hayward, and others.”

Koch Foundations and Koch Industries have spent millions of dollars on the Federalist Society, and ExxonMobil has contributed at least $235,000. The Society is also part of a larger web of influence, fueled by dark money from undisclosed donors, that aims to “capture” the federal courts to serve the interests of Republican donors and corporate interests, according to the Senate Democrats’ “Captured Courts” report from May.

We’re launching a campaign to highlight how courts—with help from Sen. McConnell & Senate GOP—have been captured by dark money.

Senator Sheldon Whitehouse (D-RI), a lead author of the report, used his time during Barrett’s confirmation hearing Tuesday to explain the dark money influence and right-wing organizations working behind the scenes to capture the federal courts with the help of entities like Donors Trust, a major funding arm of the climate denial movement. A 2015 DeSmog investigation found that Donors Trust has handled more than $479 million of untraceable funding between 2005 and 2012, an amount that has likely risen in the years since.

In particular, Sen. Whitehouse cited The Washington Post‘s 2019 investigation that found a $250 million, mostly dark-money effort by conservative activist Leonard Leo to push for conservative judges and causes. “Two hundred and fifty million dollars is a lot of money to spend if you’re not getting anything for it,” he said. “So that raises the question: What are they getting for it?”

If you’re watching #confirmation hearings for #AmyConeyBarrett, you saw a brilliant lecture by @SenWhitehouse about how the Right, fueled by Big Business dark money, has hijacked the courts to screw the average American. Barrett is the camera-ready capstone of a 30-year project.

It’s the same funders selecting judges, funding campaigns for the judges and then showing up in courts in these orchestrated amicus flotillas and telling those judges what to do. It’s all one big #DarkMoney scheme.

The senator went on to call out how much of dark money operations appear aimed at efforts to weaken the power of regulatory agencies. “A lot of this money I’m convinced is polluter money. The Koch Industries is a polluter, the fossil fuel industry is a polluter. Who else would be putting buckets of money into this and wanting to hide who they are behind Donors Trust or other schemes?” Whitehouse said, pointing to a schematic listing groups and strategies including the Federalist Society and public relations and fake grassroots campaigns.

“Something is not right around the court, and dark money has a lot to do with it,” Whitehouse added.

Given the rise in dark money and the Federalist Society’s ties to climate deniers and polluters, it is perhaps not surprising that a former Federalist Society member like Barrett would cling to the dismissive “I’m not a scientist” refrain when questioned about her views on climate change. But, as some climate advocates point out, this longtime excuse of climate deniers should have no place in the Supreme Court.

As climate journalist and meteorologist Eric Holthaus wrote in his new newsletter The Phoenix on Tuesday night, “It’s a really big deal — and a sign of a complete failure of our democracy — to be confirming a climate denier to a lifetime appointment on the Supreme Court during a moment when urgent climate action is an existential priority.”

Lord Peter Lilley has been proposed as a member of a new parliamentary environmental committee.

Lord Peter Lilley has been proposed as a member of a new parliamentary environmental committee. 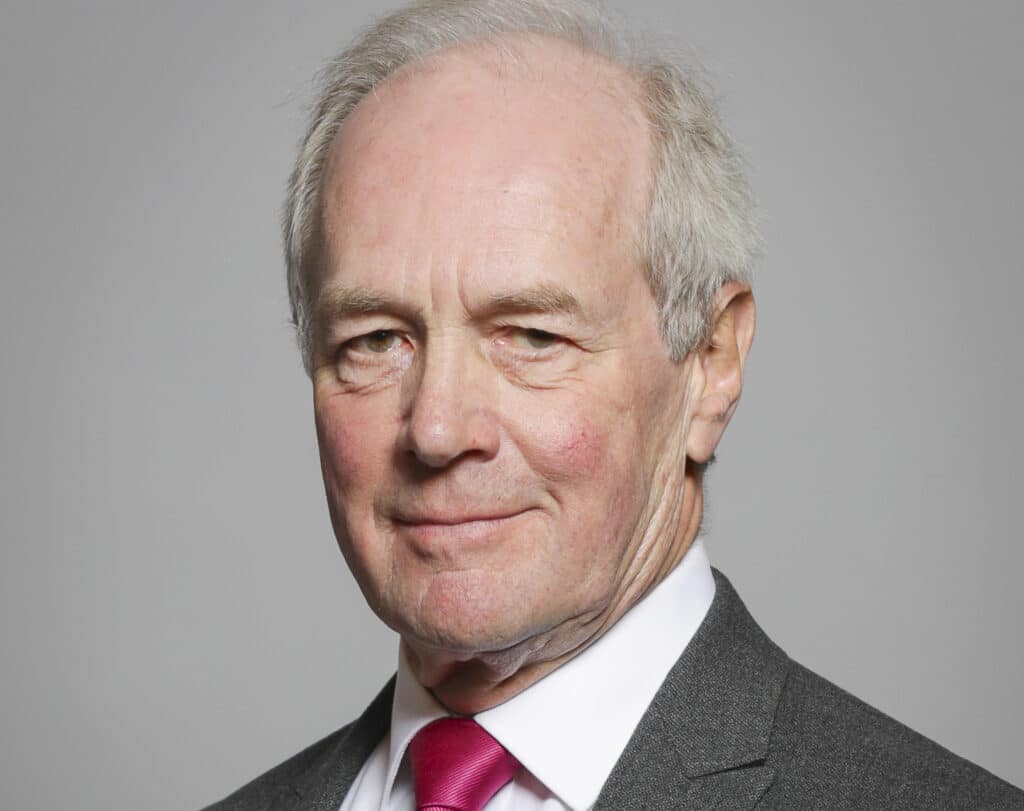 Climate Deniers Backed Violence and Spread Pro-Insurrection Messages Before, During, and After January 6
By:Sharon Kelly
On the evening of January 6, 2021, the day of the insurrection at the U.S. Capitol, former coal mining executive Don Blankenship, who ran against Donald Trump as a third-party candidate in the 2020... 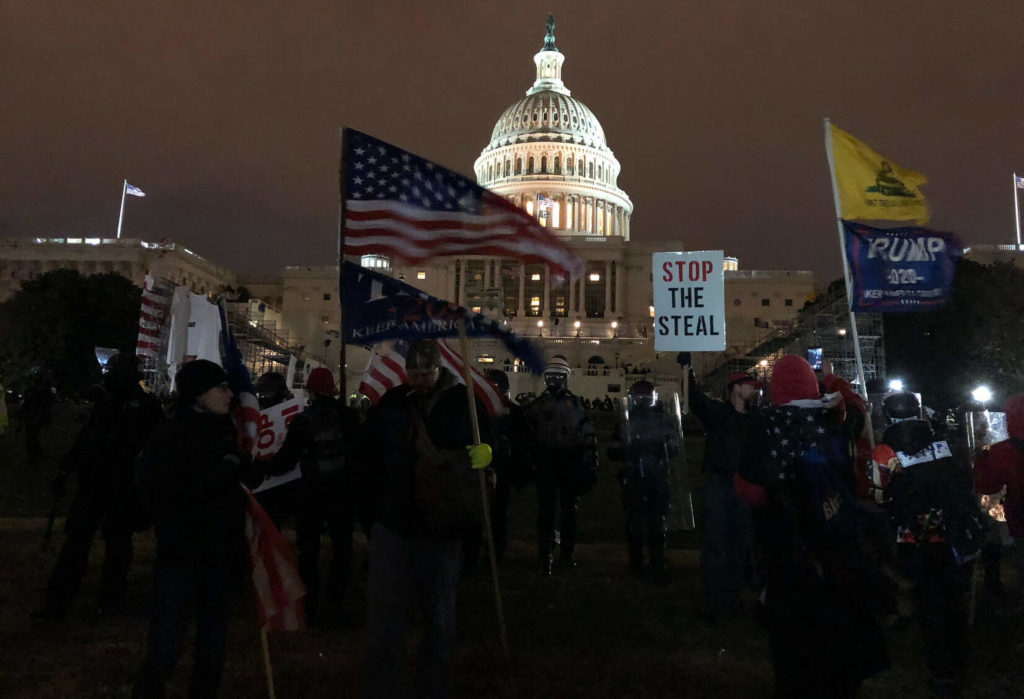 us/Climate Deniers Moved Rapidly to Spread Misinformation During and After Attack on US Capitol
By:Sharon Kelly
Prominent climate science deniers moved rapidly to spread false and misleading conspiracy theories online during and after the attack on the U.S. Capitol by Trump supporters this week. Some climat... 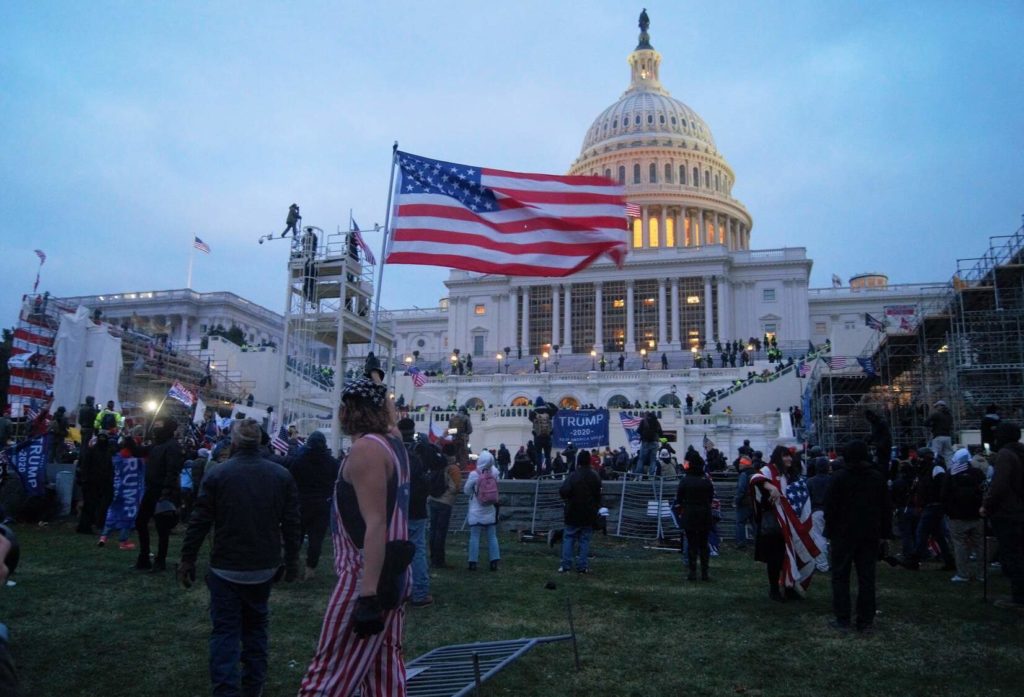