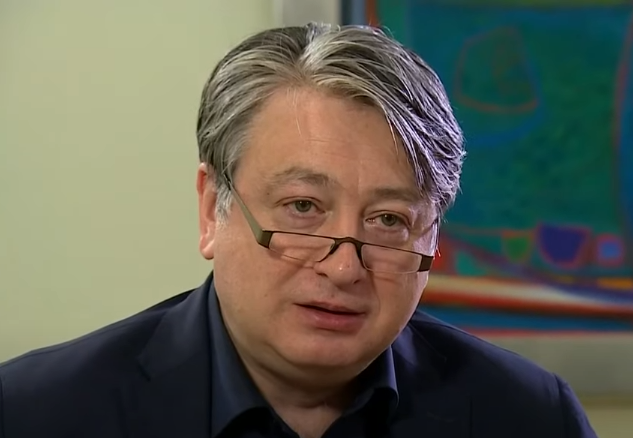 Alexander Temerko is a Ukrainian-born energy tycoon and prominent Conservative Party donor. He once told the Financial Times his donations “are aimed at building support for a coherent industrial policy within government.” Temerko, who became a British citizen in 2011, describes himself as a “vocal champion of UK energy security and independence.” [1]

Temerko is a director of Aquind Limited, which is seeking government approval to build an electricity interconnector between the UK and mainland Europe, with the aim of improving energy security and flexibility. Temerko previously directed engineering giant OGN Group, also known as Offshore Group Newcastle, which produced steel for oil platforms. The company went into administration in the spring of 2017, according to Companies House filings, and Temerko’s position as director was terminated on November 7, 2017. [2], [3], [4], [5]

The overall owner of Aquind was revealed in August 2020 to be Viktor Fedotov, a major Conservative donor and Russian-born former head of a subsidiary of Lukoil, Russia’s largest independent oil company. Fedotov previously chaired Vniist, a pipeline construction company, three directors of which worked at the now-defunct Yukos Oil Company at the same time as Temerko was deputy chairman of the company. Fedotov is also a former director of Offshore Group Newcastle, alongside Temerko. [20], [1]

Temerko’s companies have been engaged in a range of energy-related industries including offshore oil and gas, offshore renewables, interconnectors and onshore gas. He has previously expressed interest in providing components for the multi-billion-pound rail project, HS2. [6], [7], [8], [9]

Following the UK’s 2016 EU referendum, Temerko wrote in the Telegraph that he supported remaining in the EU and backed Theresa May for the leadership of the Conservative Party. He has since spoken in support of Brexit, backing Boris Johnson’s bid for the party leadership in 2019. [10], [21]

In an article for the Conservative Home website, Temerko wrote: [13]

“These industries [shale/renewables] have a role to play provided they are subject to the same tax and regulation as the rest of the energy sector. If on a level playing field such operations are commercially viable, then they are a welcome addition to a diverse energy mix, but to cosset industries that cannot possibly replace coal as the primary source of power generation is a waste of time and money – and both of those are in short supply.” [13]

“The Government has been seriously, seriously, seriously misleading. It has given a declaration on renewable energy without crystallising what it’s going to do to support investment. Government policy is not fair at the moment. If it told us ‘look, we don’t want to develop a low-carbon economy anymore’, we would say ‘thank you, now we know what to do’.

“Instead, the Government has created big enthusiasm – but we are still waiting for a clear policy and definitive support. Green energy is very hypocritical from the government side.” [18]

Channel 4 caught Temerko saying he had enough MPs to throw out then Prime Minister David Cameron if he wished: [12]

“The UK, too, must focus on conventional gas and, alongside it, new nuclear capacity and a reorientation of policy towards interconnectors as the only feasible strategy for mitigating rising prices while meeting emissions targets. That’s not to say there isn’t room for shale or renewables; these industries have a role to play provided they are subject to the same tax and regulation as the rest of the energy sector.”

Temerko wrote an article in the Telegraph criticising Boris Johnson‘s approach to leaving the European Union and warning that a “no deal” exit would increase energy bills and cause problems for the UK‘s energy system. Temerko wrote that leaving the EU‘s Internal Energy Market (IEM) in a “no deal” scenario would “cost consumers up to £500m per year by the early 2020s, according to a National Grid study”. [19]

He went on to urge the government to stay in the IEM, warning:

“Anything less than this would see the undoing of too much hard work – including the UK‘s pioneering contributions to increasing transmission interconnections between countries in the North Sea region, which have so forcefully demonstrated our leading capabilities in offshore wind.”

Temerko also wrote that the UK should continue its “meaningful advocacy for the EU Emissions Trading scheme that will help the European region decarbonise at an affordable cost” and ended by saying a “no deal” exit would mean “The climate, consumers and Conservatives would all be worse for it”. [19]

Temerko criticised the Coalition government for not providing enough support to the renewables industry, in particular the offshore wind sector. He called the government’s energy policy “misleading” and “hypocritical”, saying of then Prime Minister David Cameron: “We voted for him and part of his Conservative manifesto was to support green energy and renewables. But he has not done that.” [18]

Temerko paid to join the Conservative Leader’s Group, which charges an annual £50,000 fee and gives access to senior figures in the party. [16]

Temerko, together with his firm OGN, which builds oil and gas rigs, donated almost £700,000 to the Conservative party during this period. [17]

Alexander Temerko does not appear to be active on social media.

Alexander Temerko is also a regular contributor at Conservative Home.