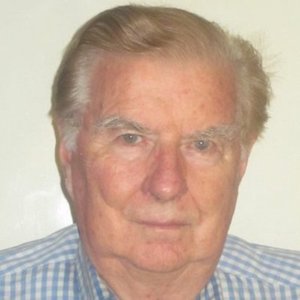 Alister McFarquhar is a retired economist from Cambridge, United Kingdom. He is one of 20 economists on Senator Inhofe‘s List of 400+ “prominent climate scientists” who deny global warming. [1], [8]

The Adam Smith Institute has worked with tobacco giant Philip Morris to create an international center to train journalists that would be “ideologically consistent with PM‘s issues and interests,” archived tobacco industry documents show. [7]

McFarqehar is a signatory of the Manhattan Declaration on Climate Change which states that “the IPCC’s conclusions are quite inadequate as justification for implementing policies that will markedly diminish future prosperity.” In summary, “attempts to prevent global climate change from occurring are ultimately futile, and constitute a tragic misallocation of resources that would be better spent on humanity’s real and pressing problems.” [2]

McFarquehar wrote a letter to the editor of The Telegraph, complaining about coverage of the Kyoto treaty, which McFarquehar describes as “too costly.” [10]

“There is no clear evidence of warming in weather satellites and balloons in the 20th century. Predictions of warming depend on models involving arbitrary assumptions and science hypotheses. The relation between CO2, water vapour and putative warming seems very obscure,” he wrote in the letter. [10]

McFarquhar signed the Manhattan Declaration on Climate change which was promoted by the International Climate Science Coalition (ICSC). The ICSC lists McFarquhar as one of 206 “climate experts” who are signatories. [3]

The ICSC is a directed by prominent climate change skeptic Tom Harris and is affiliated with other high-profile climate skeptic organizations including the Science and Public Policy Institute (SPPI), Climate Audit (edited by Stephen McIntyre) and Friends of Science (FoS).

McFarquhar is listed as a signatory to a 2007 open letter to United Nations Secretary General Ban Ki-Moon. [4]

The open letter describes global warming as “a natural phenomenon that has affected humanity through the ages,” and describes CO2 as a “non-polluting gas that is essential to plant photosynthesis.” [4]

McFarquhar signed a 2006 open letter to Prime Minister Stephen Harper recommending that the government stall any action on climate policy because the “climate changes all the time due to natural causes.” The letter advocates a delay or cancelation of Kyto reductions, and states that “allocating funds to ‘stopping climate change’ would be irrational.” Many prominent skeptics signed the letter, including Tim Ball, David Wojick, Chris de Freitas, Ian Clark and Paul Copper. [9]

“I was privileged to be invited to sign an open letter to Canada’s Prime Minister Stephen Harper, suggesting a rethink on climate policy. Of course, it might be hard to find scientists in the UK to sign, given the peer pressure they come under to conform to the man-made warming hypothesis, with the attention and funding which it brings,” McFarquehar wrote of the letter. [11]

According to a search of 22,000 academic journals, has not published any research articles in peer-reviewed journals. According to Google Scholar, McFarquhar has published some studies on land use policy.