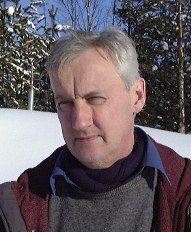 As of January, 2003, Bo Nordell has been the head of the Division for Renewable Energy at Luleå University where he is also a professor. He has worked in the fields of thermal energy storage, and “Snow/ice-related problems.” Bo Nordell is skeptical that carbon dioxide has a large influence on climate change. [2]

Like some other climate change skeptics (notably Nils-Axel Morner) Nordell believes in “dowsing,” the process of locating buried objects and materials like water, gemstones, ores, graves, etc. While a number of scientific studies have found dowsing to be no more effective than chance, Nordell has said  that he “strongly believe[s] that there is no doubt that the dowsing reaction is a physical reality.” [3]

Bo Nordell was the Secretary of the International Energy Agency Research Program on Thermal Energy Storage from 1995 to 1999. The program, Energy Conservation through Energy Storage Implementing Agreement, ECES, consisted of a number of research annexes for storage of different types on energy.

“Fossil fuel combustion generates CO2 and HEAT, which sooner or later are let out into the atmosphere. My hypothesis means that the emitted HEAT is heating the world and that CO2 has very little influence on the warming.” [5]

Bo Nordell delivered a public lecture on “Global Warming — Another Perspective” (PDF) where he presented the hypothesis that heat emissions are a primary cause of global warming while carbon dioxide, he says, “has very little influence on the warming.” [5]

Bo Nordell was the co-author of a paper suggesting that greenhouse gasses were less of a threat to climate change than the heat produced by energy generation. According to Nordell and Bruno Gervet, waste heat from energy generation contributes more to climate change than greenhouse gases. They wrote in the International Journal of Global Warming that “In most cases net heat emissions mean that low-temperature waste heat is dumped into sea water or the atmosphere or heat leakage from buildings is transferred to the surrounding air or ground.”

Astrophysicist Eric J. Chaisson, who has also written in peer-reviewed journals on the subject, argues that reducing greenhouse gas emissions is far more important to preventing climate change than reducing waste heat, even though both are factors: “I do think that the Swedish authors have greatly overestimated the effects of anthropogenic heating currently, and they seem completely unaware of other, detailed work on the same topic that has been done within the past year by other researchers,” Chaisson told THE FUTURIST magazine. [6]

According to his profile at Luleå University, Nordell is “author of a number of publications; 18 scientific articles in international journals and almost 60 presentations at international scientific conferences.”

Google Scholar shows that most of his publications are in the area of energy storage. The following are some of his articles returned for the search phrase “climate”: [2]