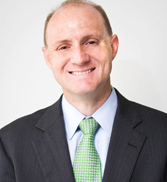 Daniel R. Simmons is a conservative energy policy specialist and former fossil fuel lobbyist now leading the Department of Energy’s Office of Energy Efficiency and Renewable Energy (EERE), where he had been the principal deputy assistant secretary. President Trump nominated Simmons to lead the EERE Office in May 2017. [2], [3]

Prior to joining the Department of Energy, Simmons worked with several Koch-affiliated think tanks, including the Institute for Energy Research (IER), the American Legislative Exchange Council (ALEC), and the Mercatus Center.

Most recently (from 2008 to 2017), Simmons worked at IER, a fossil fuel-backed think tank that focuses on “energy analysis and free-market energy and environmental policy.” He was vice president of policy at IER and its lobbying arm, the American Energy Alliance (AEA). In 2015 AEA recommended that Congress eliminate DOE’s Office of Energy Efficiency and Renewable Energy. [2]

Before his tenure at IER, Simmons served as Director of the Natural Resources Task Force at ALEC. He also was a former research fellow at the Mercatus Center. Both ALEC and Mercatus are tied to the Koch network. Simmons had also been listed as a policy expert on the website for the Heartland Institute, another Koch-supported think tank. [4]

According to the Energy and Policy Institute (EPA), Simmons’ “work for IER and AEA was part of the fossil fuel industry’s ongoing disinformation campaign to manufacture doubt about the causes and risks of climate change, and fight policies that accelerate the transition to a clean energy economy.” [5]

EPI noted that Simmons had criticized a federal Clean Energy Standard bill in a 2013 op-ed that questioned the “dirtiness” of carbon pollution, and that he had also attacked state Renewable Portfolio Standards (RPS) with misleading testimony about their costs. [5]

“The economic damages incurred achieving that goal would be greater than the damage caused by a warming world,” Simmons said.

In a 2007 ALEC guide for state legislators co-written by Simmons and other ALEC staff, denies greenhouse gas emissions are “increasing the rate of sea level rise” and questions established climate science: [7]

“Al Gore is indeed correct that there is a correlation between carbon dioxide increased and temperature, but the connection is the opposite of what he assumes,” the report reads. “The studies show that carbon dioxide follow temperature, not the other way around.”

Simmons claimed in an internal blog post to DOE’s EERE staffers that he was a proponent of clean energy, despite his previous work attacking renewables like wind and solar.

“I like renewables & efficiency. I know that’s contrary to some of the things that have been written about me, but it’s true,” Simmons wrote, as reported by E&E News. [8]

“When we look at subsidies in the United States, we find that subsidies for renewables dwarf those for natural gas, oil, and coal.”  Simmons wrote in an IER blog post. [9]

Simmons wrote a blog post on forest fires and climate change, where he denies the link between the two: [10]

The American Energy Alliance (where Simmons worked at the time) called on Congress to eliminate the Office of Energy Efficiency and Renewable Energy, the office that Simmons now heads. AEA wrote in 2015: [11]

“The role of this office is to promote and subsidize ‘clean energy’ as determined by government bureaucrats.  However, the government should not be in the business of trying to commercialize products and services it deems ‘clean’. This office aims to control multiple sectors of the economy, from energy production and transmission to manufacturing and construction. Cutting this office would help end large corporate handouts to failed technologies, such as the disastrous Chevy Volt bailout, and allow for true market-based innovation and development. Est. savings 2016-2020 = $9.78 billion.” [11]

IER served a FOIA request on EPA initially on March 16, 2012, and renewed the filing November 19, 2012, seeking communications between EPA and environmental groups regarding the Keystone XL pipeline. [12], [13]

Simmons authored parts of the ALEC publication, “Energy, Environment, and Economics: A Guide for State Legislators.” In the section titled “Kyoto Spawn: The Progeny of the Kyoto Protocol” he criticized the Kyoto Protocol — the first global treaty aimed at reducing emissions — as well as state and regional climate policies like RGGI and California’s Global Warming Solutions Act. [7]

He concludes by writing, “The science of climate change is unsettled […] The question is how much, if any, of this warming is caused by human activities. We also know that plans such as the Kyoto Protocol, Regional Greenhouse Gas Initiative, and California’s Global Warming Solutions Act are both costly and provide no environmental benefits. If we are concerned about future generations, we owe it to them study the issues of global warming, but not dramatically limit our economic competitiveness by embarking on misguided schemes.” [7]

Simmons testified before the Connecticut legislative Environment Committee on House Bill 5623 (An Act Withdrawing from the Regional Greenhouse Gas Initiative): [15]

“The Regional Greenhouse Gas Initiative will produce no environmental benefits, but it will entail real costs,” he said in that testimony. [15]

Simmons was pressed by Rep. O’Rourke on this claim. In defending his stance, Simmons argued that he wasn’t denying climate change, but merely insisting that climate policies such as RGGI and the Kyoto Protocol were not cost effective. [15]

“What I am saying is the Kyoto Protocol, the Cap and Trade System, such as Kyoto Protocol, such as RGGI, isn’t going to produce environmental benefits, and that we would be wise to spend our money in other ways, such as reducing greenhouse gas emissions from the Third World,” Simmons said. [15]

Rep. O’Rourke also asked Simmons about ALEC’s funding sources, and Simmons admitted to fossil fuel funding: “But I mean, and my point is, that is that, yes, we receive funding from the oil companies, and, as a result, you should be critical of my testimony.” [15]

Daniel Simmons does not appear to be active on social media.

Simmons has written numerous blog posts at the Institute for Energy Research, Master Resource, and blogs and news sources. Many of Simmons’ articles are critical of renewable energy and of regulations on fossil fuels. Some examples below: