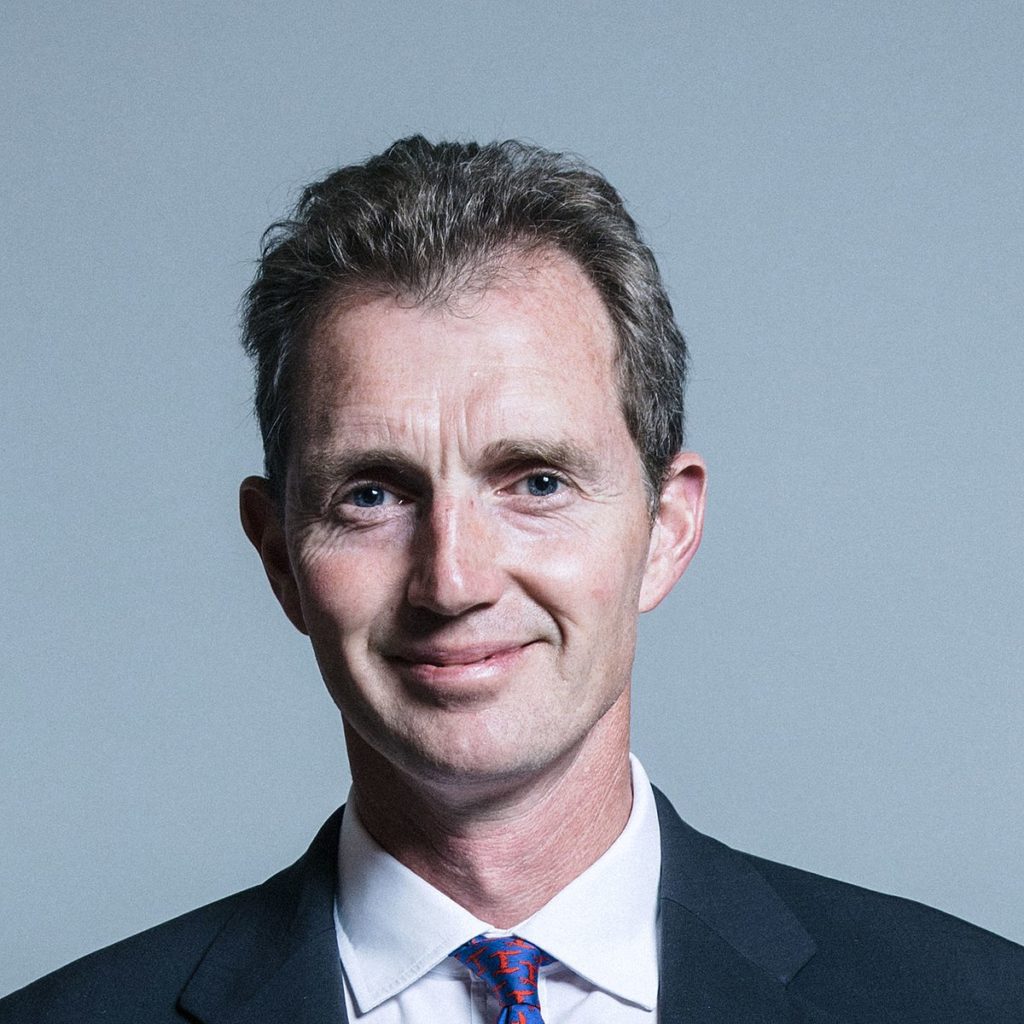 David Davies is a Conservative MP for Monmouth in South Wales. Prior to the government signing the Paris Agreement, he suggested the science on climate change was far from settled, claiming warming associated with the industrial revolution was natural following a little ice age (a common climate change myth). [2], [3]

Davies is also known for his controversial views on child refugees and gay marriage, and has long campaigned for the UK to leave the European Union. He is currently a member of the Brexit campaign group, Leave Means Leave. [4], [5], [6], [7]

Davies has said the UK’s climate change levy is to blame for fuel poverty, calling for the levy to be scrapped in 2015. In response to a government budget announcement, he argued that Wales was “providing more than its fair share of renewable energy already.” [9]

In a parliamentary debate on ratifying the Paris Agreement: [10]

“I have never ever denied that the climate changes. In fact, on every single occasion that I have spoken on this subject, I have made the point straightaway that of course the climate changes, but that it has been changing for a lot longer than 250 years.” [10]

In a separate debate the following week, he said: [11]

“…the BBC have accepted hook, line and sinker the so-called scientific consensus on climate change and not allowed anyone onto the airwaves who wants to question it.” [11]

“If anyone from the BBC is listening, I will debate this with the best scientists they can find in the country or across the world. Bring them on.” [11]

Davies proposed a debate on climate change in parliament, during which he said: [12]

“…it is not proven that the carbon dioxide that has gone into the atmosphere is responsible for the relatively small amount of warming that has taken place since industrialisation.” [12]

In his regular column for the South Wales Argus, Davies wrote: [13]

“Over the last 250 years there has been an average increase in temperatures of less than one degree blamed on man made emissions of CO2, although even the alarmists at the IPCC (Intergovernmental Panel on Climate Change) accept that some is natural. [13]

“However, an unholy coalition of environmentalists working with big businesses have persuaded various British ministers to phase out cheap electricity from coal and gas and replace it with non-CO2 generating alternatives such as wind, solar and nuclear.” [13]

In parliamentary debate on the Paris Agreement: [10]

“From the mid-1970s until about 1998 there was a significant amount of warming, but from 1998 until now there has been no statistically recognisable warming. People keep referring to the third hottest year on record, or whatever it is, but the reality is that when we look at the actual temperature increases, we see that they are absolutely minute. They are almost impossible to detect. Scientists who are asked about it will also have to admit that the margin for error within those increases is much greater than the increases themselves. Given the level of increase that we are seeing, it is perfectly possible to explain it away, because we are not comparing like with like. We are using slightly different temperature gauges, the areas in which we are using them have moved, some of the areas that they are in have changed over the years, and they can be subject to something called the urban heat island effect or to other natural factors. So there has not really been an increase since 1998. [10]

“Members may shake their heads, but I have raised this with the Met Office, and also with Professor Jim Skea. Scientists refer to it as the Pause, and they have come up with numerous explanations for it. I have heard about volcanoes, for instance, and the heat going into the ocean. At a meeting in this building, Professor Skea suggested that a pause over 16 or 17 years was statistically insignificant, which prompts an obvious question: if 17 years of temperatures not rising are insignificant, why are 30 or 35 years of temperatures increasing slightly so significant that we have to make radical changes to our economy and our industry to try and tackle that?” [10]

In a parliamentary debate on the BBC and impartiality: [11]

“Groups such as Greenpeace and Friends of the Earth are simply described as that and their spokespeople are given licence to say whatever they want, whereas that is not the case for an organisation that may question some of the so-called consensus about climate change. The Global Warming Policy Foundation, for example, will always be described as an organisation set up by Nigel Lawson that questions the scientific consensus around climate change.” [11]

“It is regrettable that the BBC has accepted hook, line and sinker the so-called scientific consensus on climate change and not allowed anyone on to the airwaves who wants to question it.” [11]

“Top executives have been sent off on training programmes where they are expected to spout the “man-made carbon emissions have caused all sorts of climatic problems” line, which simply is not true. Incidentally, if anyone from the BBC is listening, I will debate this with the best scientists the BBC can find in the country or across the world. Bring them on.” [11]

In a parliamentary debate about climate change and flooding: [14]

“We have had few debates about global warming and climate change. Climate change has been with us for millions of years, ever since the Earth was created. I urge the Secretary of State for Energy and Climate Change to ask a few hard questions of those who are frankly displaying some hysteria about climate change. In the past 2,000 years, there have been periods of warming and cooling. It was warmer during the Roman period; it got cooler in the dark ages; it was probably warmer during the medieval period than it is now, and it got cooler again until about 1680, during the so-called little ice age.” [14]

Davies proposed a debate on climate change in parliament, during which he said: [12]

“…it is not proven that the carbon dioxide that has gone into the atmosphere is responsible for the relatively small amount of warming that has taken place since industrialisation.” [12]

Davies sent a letter to the band The 1975, accusing them of hypocrisy for working with climate activist Greta Thunberg while playing a world tour, which involves flying. He wrote: [17]

“Given your concern about a “climate emergency”, I just wondered how you are going to get to these places? Are you travelling to Asia on the Trans-Siberian Express? Or will you be sailing in a £4m super-yacht like your mate Greta?” [17]

Davies signed a letter criticising the BBC’s coverage of the Brexit referendum as biased towards remain campaigners. [15]

Davies signed a letter calling on the government to delay setting the fifth carbon budget as recommended by independent advisors the Committee on Climate Change. [8]