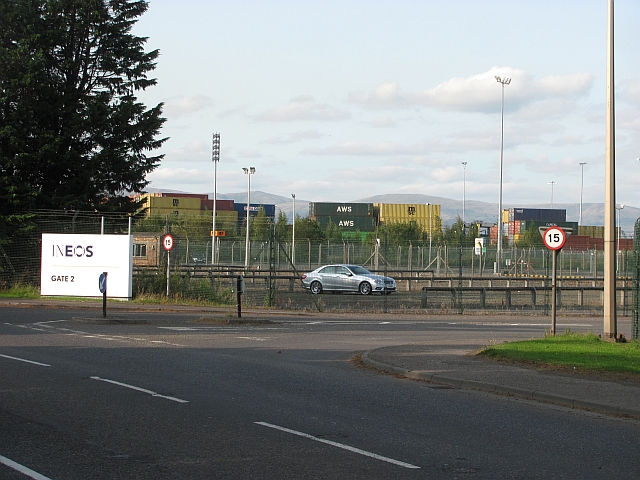 INEOS is a chemicals company which describes itself as “the biggest player in the UK shale gas industry”. It has licenses to explore for shale gas that cover more than one million acres of the UK. The company’s CEO is the billionaire Sir Jim Ratcliffe, the third richest man in the UK.

The company is known for its heavy-handed handling of the industrial dispute at the Grangemouth petrochemical plant, and its aggressive pursuit of UK energy assets to support its core manufacturing business. In April 2017, the company was accused of using Brexit as an opportunity to lobby the government to give energy intensive industries large tax breaks.

In 2017, it took out a wide-reaching injunction against “persons unknown” to prevent protests at future shale gas sites similar to those competitor Cuadrilla Resources experienced in Lancashire. Campaigners are challenging the legality of the injunction.

INEOS also has a stake in other UK shale gas companies including IGas. The first shipments of US shale gas to the UK were delivered to INEOS’ Grangemouth plant in August 2016. It said Scotland’s decision to “indefinitely” ban fracking “beggar’s belief”.

INEOS strongly criticised the government for not relaxing earth tremor limits on fracking, with a spokesperson saying:

“It beggars belief that instead of developing a safety-led regulated indigenous gas industry that would provide decades’ worth of energy, we face being increasingly dependent on importing £400m a month worth of foreign gas which has a greater carbon footprint. This makes no sense.”

“Natural gas will be needed by Scotland for the foreseeable future and production from the North Sea continues to decline. This decision, which beggar’s belief, means gas becomes a cost for the Scottish economy instead of an ongoing source of income.”

“We have seen at first-hand what it has done for the US economy…Shale gas is a once-in-a-lifetime opportunity that the UK cannot afford to miss. North Sea oil created great wealth for the UK and shale gas can do the same”.

According to The Ferret, the Scottish Environment Protection Agency (SEPA), the Scottish government’s principal environmental regulator, gave an INEOS plant at Kinniel, Scotland, a “very poor” rating for pollution. This meant that there had been “significant non-compliance,” which required “urgent improvement”. SEPA had reportedly described the terminal as “consistently non-compliant since 2014,” following 21 incidents of flaring between June 2019 and April 2021.

INEOS CEO Jim Ratcliffe declined to appear in front of a Holyrood Committee investigating transforming Grangemouth, home to Scotland’s only oil refinery, into a carbon neutral hub, The Herald reported.

INEOS announced it was planning to invest $2 billion in new manufacturing plants in Saudi Arabia, producing chemicals for the automotive, aerospace and electronics industries, among others. Under the deal, INEOS will develop three chemical plants at Jubail 2, a $5bn petrochemicals complex run by state oil company Saudi Aramco and Total. Production is set to begin in 2025, with INEOS Chairman Sir Jim Ratcliffe calling it a “major milestone that marks our first investment in the Middle East”.

A Freedom of Information request by the Financial Times revealed that INEOS had called earth tremor limits on fracking “artificially low” in a meeting with the watchdog, the Oil and Gas Authority. Meeting minutes indicated that INEOS was on the verge of halting operations in England, stating the company was “strongly of the view that a sensible, realistic, scientifically backed limit is needed – otherwise it was strongly hinted they are unlikely to apply for consents to undertake fracking.”

INEOS was accused of ‘greenwashing’ over its sponsorship of the “Daily Mile” fitness event by the UK Student Climate Network, which has helped coordinate nationwide walk-outs by schoolchildren over climate change. The issue was due to be debated by the Executive of the National Education Union, which represents teachers across the UK. Campaigners said the fitness event’s promotion of “fresh air and a healthy lifestyle” was at odds with the company’s operations.

Documents obtained by Unearthed revealed that INEOS said it would close its manufacturing plant in Middlesborough unless it was allowed to “defer compliance” with EU rules designed to prevent air and water pollution, in a letter to Business Secretary Greg Clark in October.

Earlier in the week, it was announced INEOS had bought sponsorship rights to the UK‘s top cycling team, Team Sky. Responding to the news, anti-fracking campaigners warned that protests should be expected at the “Tour de Yorkshire” race later in the year, the BBC reported. INEOS has rights to explore for shale gas at sites in Cheshire, Yorkshire and the Midlands, but has yet to start because of planning disputes.

INEOS warned that shale gas would be unlikely to be developed in the UK if limits on earthquakes caused by fracking were not relaxed. A month later, INEOS CEO Jim Ratcliffe called on the government to relax the regulations in question or ban the extraction method altogether.

INEOS was accused of misleading the public after the firm secretly negotiated with authorities to carry out seismic surveys in the most ecologically sensitive parts of Sherwood Forest despite having previously ruled out doing so.

In a separate story, the National Trust pleaded with the company to drop its bid to carry out a fracking survey in the protected parkland of Clumber Park in Nottinghamshire.

INEOS took out a wide-reaching injunction against anti-fracking protesters.

Later that month, protesters challenged the legality of the injunction in court.

INEOS was accused of exploiting Brexit to lobby the government to give energy intensive industries a £100m-per-year exemption from environmental taxes.

The Royal Institution of Chartered Surveyors launched a conflict of interest investigation into a complaint against two companies, Fisher German LLP and Fisher German Priestner (known as FGP), regarding INEOS’ efforts to conduct seismic surveys in the East Midlands.

The first shipment of US shale gas was delivered to INEOS’ Grangemouth plant.

INEOS announced its plans to seek planning permission for 30 fracking sites across the UK within six months.

INEOS held a meeting with Scotland’s first minister, Nicola Sturgeon, on the same day a moratorium on fracking was announced.