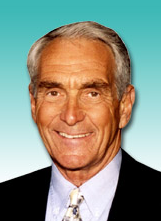 Lehr on Groundwater and Agri-Business

While listed as a “global warming expert” for the Heartland Institute, according to his bio, Lehr is a “leading authority on groundwater hydrology” – the study of water resources below ground.

According to another bio, Lehr is an, “Economist and Futurist [who] makes people feel good about the environment and American Agriculture. He combines 5 decades of expertise and experience in Agricultural Economics, Agronomy, Environmental Science and Business Administration with the most contagious enthusiasm for the future of the American Farm and Ranch.”

Lehr and the Heartland Institute

Jay Lehr appeared on the Stossel Show with John Stossel on Fox News, calling the Environmental Protection Agency “fraudulent,” despite having previously defrauded the EPA himself by “falsifying employee time sheets on a government contract,” and serving a six month sentence and paying a $200,000 fine for it in 1991. [1]

Lehr contends that the EPA is “fraudulent” in its “estimates of the amounts of pollution that pose hazards to people’s health, such as particulate matter in coal pollution.” [1]

Lehr states that none of the EPA’s amendments since 1980 have been beneficial to our environment or human health and “all they [EPA] do is ruin our economy.” When asked by Stossel if it would be a good idea to reduce carbon dioxide in the air, Lehr said it was “absurd to call carbon dioxide a pollutant … and it has given the US EPA an opportunity to run our lives.” Lehr reiterated his stance to phase out the EPA in a five-year plan, which he detailed in his July, 2014 Policy Brief for the Heartland Institute titled “Replacing the Environmental Protection Agency.”

See Jay Lehr’s interview below on the Stossel Show:

Within the Policy Brief, Lehr writes that the ten years following the establishment of the EPA in 1971 he “helped write a significant number of legislative bills that were to make up a true safety net for our environment,” including, “Water Pollution Control Act (later renamed the Clean Water Act), Safe Drinking Water Act, Resource Conservation and Recovery Act, Surface Mining and Reclamation Act (which, surprisingly, covered deep mines as well), Clean Air Act, Federal Insecticide, Rodenticide, and Fungicide Act, and Comprehensive Environmental Response Compensation and Liability Act (which we now know as Superfund).”

Following Lehr’s ten-year period of legislative bill writing, he notes in the brief that “around 1981, liberal activist groups recognized EPA could be used to advance their political agenda by regulating virtually all human activities regardless of their impact on the environment … Since that time, not a single environmental law or regulation has been passed that benefitted either the environment or society … Today, EPA is all but a wholly owned subsidiary of liberal activist groups.”

Lehr concludes the Policy Brief by writing “it’s time for the national EPA to go,” and that “the path forward is now clear and simple: A five-year transition from a federal government bureaucracy to a Committee of the Whole composed of the 50 state environmental protection … All that is missing is the political will.”

Since this briefing note is being prepared in advance of a public conference, here’s a 1985 article written by Lehr titled, “Let Their Be a Stoning.” Lehr describes a conference in which he took it upon himself to publicly humiliate a scientist in front of 200 colleagues because he found his speech boring.

Lehr writes: “Trembling I spoke, I told him and the audience that his paper was an insult which had obviously bored and irritated a kindly groups of scientists who deserved better. Those who kept awake refrained from stoning him, though they surely had adequate cause.”