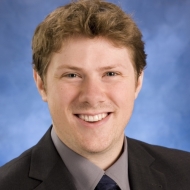 Joel Wood is an associate professor at Thompson Rivers University. Previously, he was the Fraser Institute‘s Senior Research Economist in the Centre for Environmental Studies and Centre for Risk and Regulation. A similar position was previously held by climate change skeptic Kenneth Green who now works with the American Enterprise Institute. [1]

Wood completed his Ph.D. in Economics under the direction of Fraser Institute fellow and climate change skeptic Ross McKitrick.

Woods has three “working papers” to his name, and some of his recent studies have been criticized by the David Suzuki Foundation and DeepClimate.

In an article published in the Calgary Beacon and Canadian Manufacturing, Wood stated:

“Setting aside the questionable validity of the evidence suggesting a human contribution to climate change, both [Liberal and Conservative] plans would have only negligible impact on global greenhouse gas emissions.” [2]

Wood published a policy study with the Fraser Institute on air quality regulations and the state of air quality in Canada. On the subject of lowering pollution levels through economic caps or household pollution control rules, he wrote:

“At a certain point, the benefits from reduced pollution no longer outweigh the costs of achieving them, which is why it rarely makes sense to aim for zero pollution.” [3]

The study looked at the potential economic benefits and environmental risks posed by offshore oil drilling and concluded that despite potential risk to the environment, “lifting the current moratorium on offshore drilling and proceeding with offshore exploration and development for oil is expected to provide substantial net benefits to BC and Canada.”

The study, which looked at the concentrations of five major pollutants, concluded that “Canadians currently experience significantly better air quality than at any other time since monitoring of air quality commenced in the 1970s and that air quality continues to improve.”

However, Environment Canada records and data compiled by the National Roundtable on Energy and the Environment (NRTEE) tell a different story on some of the assertions made by the Fraser Institute study, particularly the study’s claim that ground-level ozone is decreasing (see PDF). [5]

Wood claimed the regulations “will result in large costs to the petroleum industry and
consumers, while providing very little verifiable benefit to society.” [4]

This article was among a number by Wood that were critiqued by DeepClimate. In this case, Wood cites an outdated number Canada’s 2020 GHG reduction target.

According to the Vancouver Sun, the Fraser Institute is encouraging the Canadian government “to maintain the status quo when it comes to this country’s air pollution policies.” [6]

The David Suzuki Foundation took a critical look at the Fraser Institute report and found that it ignores the rising emissions from certain sectors. The Foundation explains that there is no “safe” threshold level for exposure to key pollutants. [7]

According to his resume (PDF), Wood has three “working papers” in economics that appear to be related to his Ph.D. thesis.

Wood has published a number of articles and policy studies with the Fraser Institute. Some of these include: