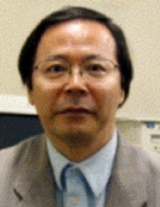 As of 2012, Itoh was listed at Yokohama National University’s Graduate School of Environment and Information Science department. He is also present on a 2014 faculty list. According to a university representative, he no longer works at the university, however as of 2019 his profile at the Heartland Institute still listed him as a faculty member of Yokohama National University. [9], [10]

Kiminori Itoh has introduced himself a “physical chemist familiar with environmental sciences, and not particularly specialized in climate science.” He is the author of the Japanese-language book Lies and Traps in the Global Warming Affairs. [1]

He was listed as one of the “10 Most-Respected Global Warming Skeptics” by Business Insider in 2009. [7]

Itoh concluded his book on climate change with the following points: [2]

Itoh was quoted in Senator James Inhofe‘s report that had claimed hundreds of scientists were dissenting over man-made global warming, while a large number of the cited scientists did not have expertise in the field of climate science: [8], [5]

“Warming fears are the ‘worst scientific scandal in the history… When people come to know what the truth is, they will feel deceived by science and scientists.’” [5]

“I also took a patent on sunspot number anticipation, and did some contribution to the IPCC AR4 as an expert reviewer. This is no doubt surprising for an environmental physical chemist like me. I am now even feeling that my original expertise, metrology, was all along close to meteorology; that is, ‘meteorology’ is formed by putting ‘eo’ inside ‘metrology’.” [1]

Itoh’s signature is appended to a full-page ad funded by the right-wing CATO institute that appeared in numerous newspapers including the Washington Post, the New York Times and the Chicago Tribune in 2009.

The advertisement criticizes President Obama’s declaration that “few challenges facing America and the world are more urgent than combating climate change,” stating that “with all due respect Mr. President, that is not true.”

Itoh’s statement in the report appears to be an amalgamation of the title of the preface to his book, “The Worst Scientific Scandal In History,” and a statement given by Dr. Syun-Ichi Akasofu: “When people know what the truth is, they will feel deceived by science and scientists.”

On his profile on the Heartland Institute, Itoh is described as an IPCC (Independent Panel on Climate Change) AR4 “Expert Reviewer.”

This title can be misleading, as it does not mean he was officially asked by the IPCC to review material.  Rather, virtually anyone who requests to view a draft IPCC report and agrees not to publicly comment on the material is considered an expert reviewer.

According to Google Scholar and Yokohama National University, Dr. Itoh has not published any work in the area of climate change in peer-reviewed science journals.

Itoh has written four books on the subject of global warming, all in Japanese. His most recent book, translated to Lies and Traps in the Global Warming Affairs, is divided up as follows:

Introduction: “The global warming issue as an environmental terrorism.”
Chapter 1: “Is the earth really warming?”
Chapter 2: “What drives the temperature change?”
Chapter 3: “Are abnormal weathers really abnormal?”
Chapter 4: “Adhockery of “An Inconvenient Truth.”
Chapter 5: “Future perspective from the reflection of Kyoto Protocol.”

Itoh also writes “points for policy makers” such as how “the global temperature will not increase rapidly if any,” so there “is sufficient time to think about future energy and social systems,” and that “the climate system is more robust than conventionally claimed.”