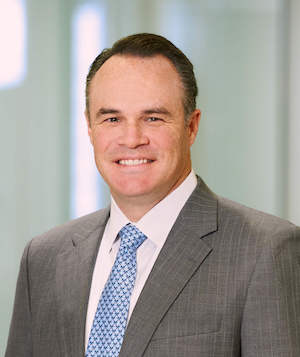 Sommers has been a top aide to former House Speaker John Boehner. He previously worked as Boehner’s deputy chief of staff, policy director, legislative director, and press secretary. In 2005, Sommers left the Hill to work as a special assistant to President George W. Bush at the National Economic Council where he advised Bush on agriculture and trade policy. He returned to work for Boehner at Capitol Hill in early 2006. [2], [3]

According to his profile at AIC, “Sommers has been at the center of every major policy dispute in the last decade and successfully negotiated bipartisan compromises on landmark legislation, including the Trouble Asset Relief Program (TARP) in 2008, the resolution of the fiscal cliff in 2013, the Bipartisan Budget Agreement of 2015 and trade promotion authority in 2015.” [2]

Bloomberg reported Sommers played a large role in fighting for the carried interest tax rule that worked to benefit large hedge fund managers. While working as chief strategist for Boehner, Sommers was also involved in congressional fights with the Obama administration over spending. [4]

Sommers is a member of the U.S. Chamber of Commerce ”Association Committee of 100 (C100),” a group of CEOs that “enhance Chamber lobbying and coalition work, recommend programming, and strengthen outreach to the business and association communities.” [6]

His wife, Jill Sommers, is a former Commissioner at the Commodity Futures Trading Commission (CFTC). [2]

The American Petroleum Institute has historically spread doubt about the science surrounding climate change, and has promoted natural gas use as the best way to reduce CO2 emissions. [7], [8]

“’Oil and gas,’ the long-standing terminology used by industry, finance, government and others, is out. Instead, the American Petroleum Institute has largely switched to ‘natural gas and oil,’ putting the low-carbon fuel front and center.” [16]

“The global benefits of American natural gas and oil on the international stage are compelling,” Mike Sommers said in a speech at API‘s State of American Energy event. [16]

“No discussion about the need to reduce carbon emissions is complete without acknowledging the key role that natural gas has played and will continue to play going forward. America is leading the world in reducing carbon emissions largely because of clean natural gas. In fact, the U.S. Energy Information Administration estimates that natural gas is responsible for more CO2 emissions reductions in electricity generation than renewables.”

“This administration has been defined so far by historic legislative, regulatory and foreign policy accomplishments interrupted by unfortunate distractions.”

“It would be discriminatory and ill-advised to recharacterize carried interest from a long-held capital asset as anything other than a long-term capital gain for private-equity fund managers. Lawmakers are smart to avoid doing so,” Somers wrote in an Op-Ed at The Washington Post. [11]

Regarding his work in the private equity industry, Sommers told The Hill: [12]

“It’s no secret that most of the support that the PEGCC and the private equity industry gets is on the Republican side, but we have a lot of Democrats in this industry,” said Sommers. “We are an organization that’s focused on policy, not on politics.”

While working with House Speaker John Boehner, Sommers was among several minority staffers who were in charge of motions to recommit. Politico reported their goal was to “highlight divisions among the Democrats or lure some vulnerable lawmakers into casting a bad vote.” [3]

“It’s like cooking a frog,” Sommers said. “First, you put him in the water, and then you turn the heat up.”

Mike Sommers appeared on the radio program Politics Inside Out with Chris Frates. On the show he responded to a question of “Why should the oil and gas industry be trusted with what it says it’s doing to help the environment?” [18]

Sommers became the president and CEO of the American Petroleum Institute, a group representing fossil fuel interests that has worked to promote “uncertainty” around climate change in the past. Sources first reported the American Petroleum Institute (API) planned to name Sommers as its next president and CEO in April 2018, Axios reported. [5], [15]

Sommers defended the carried interest loophole, a rule that would benefit rich Hedge Fund Managers, in a Washington Post Op-Ed. Sommers’ American Investment Council has been at the forefront of fighting for the rule, which some have said is “crafted for the…super wealthy.” [11], [13]