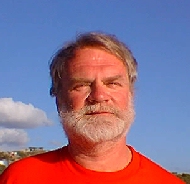 Paavo Siitam is a plant scientist and has been a teacher and chemist for the sugar industry. One profile lists him as a Marine Biology and Chemistry teacher in Cobourg, Ontario, Canada.

An archived profile with the NRSP lists him as an Agronomist with experience in soil chemistry, fertility, and microbiology.

Siitam appears on Senator James Inhofe‘s list of “prominent scientists” who refute the existence of man-made global warming.  The list has been thoroughly debunked here.

Siitam is a signatory to the Manhattan Declaration on Climate Change which states that “global climate has always changed and always will, independent of the actions of humans, and that carbon dioxide (CO2) is not a pollutant but rather a necessity for all life.”

“Despite some doom and gloom predictions, excluding waves washing onto shores by relatively rarely occurring tsunamis and storm-surges, low-lying areas on the face of our planet have NOT yet been submerged by rising oceans… so probably low-lying areas along shorelines of Canada and the USA will be SAFE into foreseeable and even distant futures.” [2]

Siitam is a signatory to the 2009 “Copenhagen Climate Challenge,” a follow up to a 2007 open letter to UN Secretary General Ban Ki-Moon that denied man-made climate change. [3]

The original letter states that “it is not possible to stop climate change, a natural phenomenon that has affected humanity throughout the ages.” Those who sign the copenhagen climate challenge do not believe that “Humanity’s emissions of carbon dioxide and other ‘greenhouse gases’ (GHG) are having a dangerous impact on global climate.” [1]

According to the International Climate Science Coalition (ICSC), Siitam was a “climate expert” who signed the 2008 Manhattan Declaration on Climate Change. [4]

The Manhattan Declaration contends that “’global warming’ is not a global crisis,” and that “current plans to restrict anthropogenic CO2 emissions are a dangerous misallocation of intellectual capital and resources that should be dedicated to solving humanity’s real and serious problems.”

The Declaration was first presented at the Heartland Institute’s 2008 International Conference on Climate Change, which has become an annual gathering of prominent climate skeptics.

Siitam was one of the 60 “accredited experts” who signed the 2006 open letter to Prime Minister Stephen Harper. Those who signed denied the existence of man-made climate change and urged the government avoid implementing climate policy.

The letter also states that “climate changes all the time due to natural causes and the human impact still remains impossible to distinguish from this natural ‘noise.’”

According to a search of 22,000 academic journals, Siitam has never published original research in a peer-reviewed journal.

A search of Google Scholar lists one citation for “Gaseous losses of soil nitrogen under laboratory conditions,” written by Siitam in 1976.