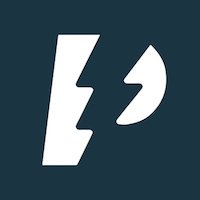 Power the Future is an energy advocacy organization with a “mission of offering truth, facts, and research that will enrich the national conversation on energy.” [1]

Power the Future was launched in February 2018 by Daniel Turner, a former Republican communications staffer and alumni of the Charles Koch Institute. Turner also worked for Generation Opportunity, a non-profit 501(c)(4) organization that is funded by Freedom Partners, a multimillion dollar Koch-tied funding vehicle. [2]

Power the Future is a 501(c)(4) non-profit, meaning that donations are not tax deductible, but donors’ identities are not disclosed. [3]

Turner told E&E News that the “focus of the group is on ‘telling the story of the men and women in the energy space … which has been villainized by the environmental left.’” [4]

Turner also declared that he has raised “several million dollars in seed money” for Power the Future from donors that “care deeply about the energy industry from a national perspective, and they care about the activism of these well-organized, ridiculously well-funded groups and the damage they do to our national conversation.” [4]

Notably, the Steyerville website does not include any mention of “climate change” or “global warming.”

Daniel Turner told E&E News he had raised “several million dollars” in seed funding from donors that “care deeply about the energy industry from a national perspective, and they care about the activism of these well-organized, ridiculously well-funded groups and the damage they do to our national conversation.” [4]

Turner would not identify individual donors or comment on whether the Kochs were among them. [4]

According to his LinkedIn Profile, Daniel Turner’s specialty is in “public relations and story telling.” Before becoming executive director of Power the Future in December 2017, Turner’s positions included working as director of strategic communications at the Charles Koch Institute. Before that, he was VP of communications for Generation Opportunity, a nonprofit described as a “Koch-tied funding vehicle.” [13]

Earlier in his career, Turner worked as Director of Public affairs for a Romney Transition Team in the event that he had won. “HAD Romney won… we had the most comprehensive, exhaustive and far reaching public affairs strategy,” Turner wrote. Other political positions included Network and CAble Liason Director for the 2012 Republican National Convention, a position as Advisor for his uncle Bob Turner’s run for congress, and a period working in the Bush Administration’s Department of State from 2007 to 2009. [13]

Rick Whitbeck joined Power the future in December 2018. He has worked as the field director for Stand for Alaska, a group opposing the Ballot 1 Measure designed to protect salmon habitat in the state. [15]

Whitbeck was a founding partner of Pinnacle Group Alaska, a group described as “a full-service campaign advice” organization. Whitbeck’s LinkedIn summary of the group adds: “We only work with Conservative and right-of-center candidates and causes.” Prior to that, he held roles with Alaska Communications and GCI General Communication. [16]

Power the Future lists Bulldog Compliance on its “Terms of Service” page.  Red Curve Solutions reportedly played a large role in Donald Trump’s campaign for president. The group served as treasurer for the Trump campaign, and for two Trump fundraising committees. [18], [19], [20]

Power the Future’s Alaska state director Rick Whitbeck wrote a commentary article at the Alaska Journal of Commerce urging the incoming Biden administration to “champion — not vilify” four natural resource projects: The Pebble Mine, a proposed copper mine in Southwest Alaska; The Ambler mining district, which contains “a list of strategic minerals and rare earth elements”; oil and gas development in the Arctic National Wildlife Refuge (ANWR), potentially a “jewel” in “the crown of U.S. energy production”; and logging in The Tongass, where “A recent record of decision allows for a repeal of the Roadless Rule,’” that would allow road construction and timber harvests in the region. [27]

An investigation at ProgressNow New Mexico dug deeper into who is behind Power the Future, and highlighted the affiliations of Charles Gantt and Bradley Crate—both who have connections to Donald Trump. Gant was the chief financial officer for Trump for America, a Super PAC that eventually moved to Massachusetts where it “literally worked to hire staff for Trump’s transition team and White House.” [18]

Gant’s also owns Bulldog Compliance, a company listed on Power the Future’s “Terms of Service” page. Bulldog is part of a part of the larger company Red Curve Solutions. Bradley Crate, the president of Red Curve Solutions, serves as Donald Trump’s campaign treasurer. According to Power the Future’s public 2017 tax filings, Gant is the group’s treasurer, while Crate is listed as a director. In addition to Power the Future, Charles Gantt is behind Citizens for a United New Mexico PAC which has spent tens of thousands of dollars backing republican candidates in the state.  [23], [18]

Daniel Turner wrote an article at Real Clear Energy suggesting Bernie Sanders’ plan to increase the role of green energy as “discriminatory (and dare I say it? Can I say it? Racist).” [22]

“Going green costs people a lot of money, and it targets underprivileged communities most of all,” Turner claimed. He concluded: “Bernie’s campaign is done. His terrible, expensive, even deadly ideas live on. And we as a nation are no better for it.” [22]

Power the Future collaborated on a report issued by the Competitive Enterprise Institute authored by Kent Lassman and Daniel Turner. The report presented a speculative economic assessment of the proposed Green New Deal, posing the question: [17]

“What would it actually mean to implement significant portions of proposal?” (sic) [17]

According to Lassman and Turner, their report “requires a considerable number of assumptions” and relied in part on data compiled by the American Enterprise Institute. The report’s introduction predicted a “steep economic depression” based on calculations of average household cost increases from the implementation of the GND. [17]

In concluding, Lassman and Turner admitted that their analysis contained a wide variance in data but suggested that it was a “mark of humility.” Their final word on the matter was that: [17]

“the Green New Deal is an unserious proposal that is at best negligent in its anticipation of transition costs and at worst is a politically motivated policy whose creativity is outweighed by its enormous potential for economic destruction.” [17]

The authors did not comment on the science of climate change or the consensus perspective of its present and future impacts. [17]

“Alaska has much to look forward to with regard to its energy potential: The Donlin and Pebble mines. The Arctic National Wildlife Refuge. Other outer continental shelf lease areas. Cook Inlet. If we utilize these areas’ resources to grow the economy, a stronger, more prosperous Alaska is in sight,” Whitbeck wrote. [14]

He went on to chastise environmental groups for opposing projects in such environmentally sensitive areas of Alaska.  [14]

“But there’s one something that can derail this progress – over-zealous, short-sighted, Outside groups that claim to speak for Alaska and its people, but whose mission statements don’t align with reality,” he wrote. [14]

“The environmental movement wants to stop these projects in their tracks and stifle Alaska’s economy. Known for pushing the defeated ‘Stand for Salmon’ ballot measure, anti-development legislation and meaningless protests against all things associated with the oil, gas, mining and timber industries, these environmental groups are willing to use every stall tactic to get their way.” [14]

He concludes that Power the Future will fight against “the groups that want to dim Alaska’s bright future” and for energy development projects in the state. [14]

Power the Future launched the website Steyerville, promising to “to highlight the damage Tom Steyer is doing to rural America.” [6]

“Steyerville is a real place in the American heartland: a rural community where multiple generations of men and women worked in the same industry: energy. Coal miners in Appalachia or Navajo Natives in New Mexico. Oil workers in the Louisiana Bayou or the central valley of California. These close-knit communities produce the energy that fuels our entire way of life. But their livelihood was taken.

“We made Steyerville to put these communities- literally and figuratively- on the map. The site is well researched and documented, and will continue to grow to highlight the damage Tom Steyer is doing to rural America

“And we named it Steyerville to make it clear: he destroyed this community. Tom Steyer and the billionaire funders like him: Mike Bloomberg, George Soros, and countless Hollywood elites, who paid activists and phony protesters to pressure political leaders to enact their agenda. The activists left, the protesters are gone, and destroyed communities Tom Steyer cannot find on a map nor would Mike Bloomberg deign to land his private jet near suffer the consequences of their activism. He built this, and so we named it after him, to hold him accountable, to shame him for his actions, and to hopefully stop him from doing it again,” the website announced.

Steyerville launched with a focus on communities in three states: West Virginia, Ohio, and Pennsylvania. Power the Future’s Executive Director Daniel Turner told the Free Beacon that he plans to expand the campaign’s reach: “We are starting in these three states, but plan to expand nationwide. New York, New Mexico, Texas, Wyoming, Louisiana all have Steyervilles: towns where Steyer pays activists to prevent the energy industry from operating.” [7]

Turner also said that Steyerville will use targeted advertising to geo-target ads in areas that Steyer visits.  [7]

Daniel Turner was featured in a broadcast at One News Now to promote Power the Future (video below). [12]

Turner described the organization as a “pushback to hold accountable some of these radical environmental groups that come into small towns in America and close coal mines.” He claimed these groups “take away all your rights” and contribute to “jobs disappearing and communities in rural America really struggling.”

Power the Future launched with an exclusive announcement with The Daily Caller News Foundation. Founder Daniel Turner told The Daily Caller that he plans to tell the stories of workers and communities that produce fossil fuels, and to target the funding efforts of Tom Steyer and environmental opponents of fossil fuels. [8]

“There’s a tremendous arrogance in these activists… Just a few months ago they all flew to Paris to demand we cut back on using energy. Either none of them have Skype or they think good intentions fuel their planes.”

“Meanwhile out in rural America there are guys working 12 hour shifts who make these elites’ lifestyles and their activism possible. And they don’t even get a thank you.” [8]

Turner said his campaign will initially target New Mexico, but will hopefully soon expand to Oklahoma and Louisiana. [8]

Also in February, the Power the Future campaign launched with a video titled “New Mexico energy”:

WHOIS records for PowertheFuture.us list Daniel Turner as the registrant and the following address:[10], [18]

The following is listed on the Power the Future “Terms of Service” page:

Bulldog is a division of Red Curve Solutions, a small company that reportedly played a large role in Donald Trump’s campaign for president. The group served as treasurer for the Trump campaign, and for two Trump fundraising committees. [19], [20]