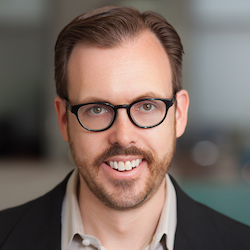 According to his CV, Kendall has written on behalf of the Independent Petroleum Association of America (IPAA) regarding fossil fuel divestment and provided testimony for a range of other energy companies and large corporations. For example, on behalf of British Petroleum (BP), Kendall led an economic team “analyzing economic damages claims by government entities” on the Deepwater Horizon oil spill in the Gulf of Mexico. In addition to BP, Compass Lexecon has retained other large oil industry clients including ConocoPhillips, which it helped award $2 billion in a commercial arbitration dispute. [1], [2], [3]

In his resume, Kendall also notes he received a Lynde and Harry Bradley Foundation Fellowship (1998-2001). The Foundation has funded a range of prominent conservative groups including the American Legislative Exchange Council, and a range of groups run by the lobbyist Richard Berman. [1]

Compass Lexecon is a wholly owned subsidiary of FTI Consulting, a group that describes itself as “dedicated to helping organisations protect and enhance their enterprise value.” [4]

Kendall has consistenly opposed the idea of divestment in the fossil fuel industry to reduce climate change. In one of several studies commissioned and financed by the Independent Petroleum Association of America (IPAA), Kendall co-wrote with fellow staff at Compass Lexecon: [5]

“The fossil fuel divestment movement encourages investors to ‘take a stand’ against climate change by selling the holdings of fossil fuel companies in their portfolios ‘to stigmatize the fossil fuel industry’ and deprive these firms of capital. A growing economic literature finds, by contrast, that fossil fuel divestment is little more than a political statement; it has little or no effect on the targeted companies while creating additional costs and lower risk adjusted returns for investors.” [5]

“The fossil fuel divestment movement promises that the problem of climate change can be ameliorated if investors in certain companies refuse to hold the securities of those companies in their portfolios. […] [F]ossil fuel divestment has minimal or no environmental impact because it is highly unlikely to affect the production or distribution of fossil fuels on the part of targeted companies. Moreover, not only is fossil fuel divestment ineffective, it is also costly to investors,” Kendall wrote in a  report “commissioned and financed by the Independent Petroleum Association of America (IPAA).” [6]

Kendall and representatives of his company, Compass Lexecon, authored or co-authored at least five anti-divestment reports “commissioned and financed by the Independent Petroleum Association of America (IPAA),” a group representing oil and gas interests. The reports, all except for one done by Kendall and his group, were prominently featured on the website divestmentfacts.com, a project of the IPAA, that claims “Divestment is all cost and no gain.” [7]

Kendall appeared on an episode of the Heartland Institute’s Daily Podcast with H. Sterling Burnett to discuss fossil fuel divestment and how it supposedly has “no environmental benefits.” Audio below. [8]

“Divestment is a bad idea, and so there really is an opportunity to avoid these losses. Now, and not suffer them in the future,” Kendall told Burnett. [8]

Kendall concluded with a message:

“You know I would send a message to the environmentalists, the people who feel very strongly about climate change, and want strong public policy responses to it. There’s certainly lots of ways to go about advocating that through public policy through shareholder activism and engagement through conservation. All of those things may or may not save the earth but at least at least there’s a chance of achieving your policy goals in that way. Divestment on the other hand, really has no shot.” [8]

They discussed a recent report Kendall had co-authored for the Independent Petroleum Association of America that claimed divestment would have “substantial cost” for retirees and taxpayers. [9]

“The purpose of this event is to promote and expand energy freedom in the United States, as outlined in President Donald Trump’s bold America First Energy Plan, a proposal first released during the 2016 presidential campaign. The president’s plan marks a decisive change in direction from the Obama administration’s ‘war on fossil fuels’ and focus on the theory of catastrophic man-caused climate change,” the conference description reads. [11]

“And that’s great. But if the bumper sticker is gold-plated—it’s a really expensive bumper sticker—and you don’t personally have to pay the cost of that bumper sticker… that raises a lot of costs. And that’s exactly what fossil fuel divestment is in the context of public pension funds.” [2]

Compass Lexicon were retained by counsel for British Petroleum (BP) on litigation on the Deepwater Horizon oil spill. The Compass Lexicon newsletter summarized: [12]

“Compass Lexecon was retained by counsel for British Petroleum (BP) to analyze corporate governance issues and the economic implications of the magnitude of BP’s fines under the Clean Water Act (CWA) relating to the Deepwater Horizon oil spill. Compass Lexecon affiliate Robert Daines testified at trial in the United States District Court in the Eastern District of Louisiana regarding the corporate structure and governance practices of BP’s wholly-owned subsidiary BP Exploration and Production, Inc. and about the economic impact and incentives resulting from increasing the penalty under the CWA. BP later settled with the United States. Compass Lexecon worked closely with Matthew Regan and Mark Nomellini of Kirkland & Ellis LLP and David Pinsky and Megan Rodgers of Covington & Burling LLP. Professor Daines was supported by a Compass Lexecon team that included Rahul Sekhar, Jessica Mandel, Ralph Scholten and Avisheh Mohsenin, among others.” [12]

Kendall was a panelist in a discussion titled “A Safe Future for Fossil Fuel Investments in a Carbon-Constrained World?” at Columbia Law School. [13]

According to Kendall’s CV, he has authored a range of “expert reports” and testimony on behalf of fossil fuel interests and large corporations. Examples include: