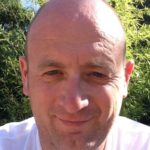 Oil dipped below $50 a barrel this week for the first time since May 2005, and according to a report in Thursday’s New York Times,

“some analysts predict oil could fall to $30 to 40 a barrel as the world economy worsens.”

That $30 is a magic number for many energy economists, who for years have argued that Alberta’s oil sands projects are only viable when petroleum is trading above it.

Taken together, the mining and processing megaprojects represent Canada’s leading source of the heat-trapping carbon emissions that cause global warming. According to Pembina Institute estimates, by year end the operations will have released around 46 million metric tonnes of equivalent carbon-dioxide into the atmosphere.

But there are already signs that the machinery may be slowing.

The Vancouver Sun notes that the ongoing market slide has placed a de facto “moratorium” on development in the oil sands.

Last week, Petro-Canada held off on deciding to proceed with a $24 million oil sands expansion project. The paper says the company

Of course, even if oil does drop far enough to stand down some of Alberta’s upgraders, they will not likely stay idle for long. The current dip in oil prices is a reflection of the market collapse, nothing more – exploration companies haven’t suddenly discovered a vast new field of black gold off the coast of Texas. As the world’s easy-to-reach petroleum grows increasingly scarce, prices will rebound — and Suncor and friends will go back to merrily cooking dumptrucks full of Alberta shale under an enormous blue flame.

At least, until Canada puts a price on carbon – and implements a federal cap-and-trade program. Like, say, the one president-elect Obama is pursuing. (Hint hint.)

I work with Clean Energy Canada at Tides Canada to help accelerate Canada’s transition to an energy-efficient, ecologically responsible, and prosperous low-carbon economy.