BP’s plans to drill for oil in the Great Australian Bight were controversial from the outset. The regulator twice rejected its environmental safety plan.

For the first time, Climate Home News can reveal why. Government documents have been released under freedom of information laws, nearly two years after they were requested. BP had tried to suppress the information.

A major oil spill in the sensitive seascape would pollute up to 750km of beaches and shoreline, according to BP’s own modelling, and the company thought drilling may disrupt migration of the endangered southern right whale.

Two letters from the National Offshore Petroleum Safety and Environmental Management Authority (Nopsema) to BP in 2015 and 2016 show BP had failed to address the regulator’s concerns about managing these risks. The details suggest it will be costly for any oil company to drill the area in an environmentally responsible way.

BP withdrew its plans to drill in October 2016, citing better options for investment. But the company said the Bight remained a prospect and still owns two of the four offshore leases that were subject to the original plans.

The other two leases were passed from BP to Statoil last year and the Norwegian firm, which was a partner in BP’s initial project, intends to drill an exploratory well in one of them by October 2019. But the Nopsema letters show any oil company seeking to drill that wild and remote corner of the Southern Ocean will face serious regulatory hurdles.

“Given the plan was never finalised, this material doesn’t represent the final views of BP or the regulator,” a spokesperson from BP said, adding that BP had no plans to reactivate its interest in the Bight. Chevron has also since dropped its own plans for the area.

In 2016, BP released modelling showing a spill could hit land as far away as New South Wales. The letters revealed that BP’s “worst case shoreline oiling scenario predicts oiling of 650km coastline [sic] at 125 days after the spill, increasing to 750km after 300 days”. Nopsema had raised concerns over BP’s ability to mobilise the people and equipment needed to clean-up such a vast expanse of coast.

According to Nopsema’s letters, crew on BP’s seismic survey saw migrating southern right whales and feeding sperm whales “on a number of occasions”. The oil company’s environment plan concluded whales may be exposed to underwater sound “at levels within the behavioural disturbance range”. BP had not evaluated the potential ecological consequences of the exposure. For example, BP concluded southern right whales (which are endangered under Australian law) would simply change course to go around the area, but did not assess what that might mean for their ability to access food.

BP had also claimed that activity to clean up an oil spill would provide a “welcome boost” to local coastal economies. Nopsema asked them to remove that statement.

“This correspondence included a range of feedback that BP was working to address,” said the company spokesperson, when asked about these specific impacts.

Campaigners who fought BP’s proposal said the Nopsema letters showed particular difficulties associated with drilling in the Great Australian Bight that Statoil would struggle to overcome.

“That’s why BP and Chevron have withdrawn. Statoil must meet the same standards required of BP: its shareholders, not least the Norwegian government, need to know the company cannot reasonably meet the cost of keeping Australia’s southern ocean and coastlines safe from an oil spill which could take months to cap. Statoil should drop its plans,” she said.

Nathaniel Pelle, a senior campaigner at Greenpeace Australia, told CHN: “Now we not only know how far it could reach, but how extensive an oiled coastline could be – 750km of oiled beaches is a horrifying thought.”

Pelle said this scale and the lack of a plan to recruit the necessary salvage crews, “confirms the community’s concerns that an effective clean-up would not be possible”. 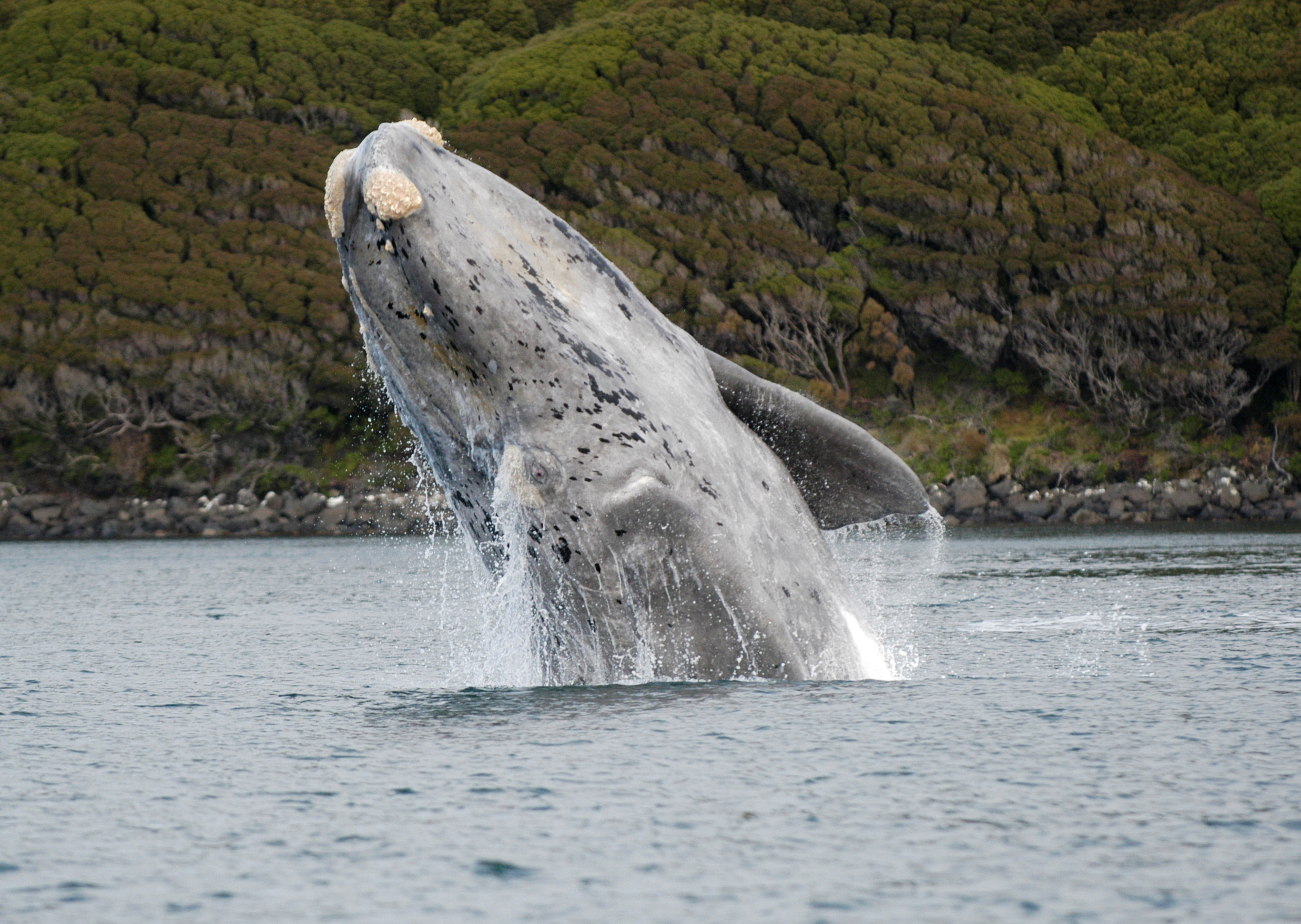 Even after BP was given a detailed rejection notice by Nopsema in November 2015, its resubmitted plan failed to comply, or had provided insufficient information, on 69 out of 88 required criteria, the documents show.

A Nopsema spokesperson said it was “common to see improvements in the environmental management approach proposed by titleholders for a particular activity as an environment plan assessment progresses”. BP said the letters were part of an “ongoing process” and until the time it withdrew, it was “absolutely committed to working with the regulator to finalise our draft environment plan”.

Bob Bea is professor emeritus at University of California Berkeley’s engineering department. He told CHN the number of objections from the regulator showed Nopsema “clearly recognised that it was a very important, environmentally sensitive area”.

BP’s plan in the case of a major blow out, such as occurred at BP’s Deepwater Horizon rig in the Gulf of Mexico in 2010, had been to keep a ‘capping stack’ – to plug the well – in Singapore. In Bea’s judgement, Nopsema was building a case that the sensitivity of the area was too great to leave a capping stack 5,000km and 35 days’ travel away.

He said Nopsema “was clearly going to show that BP’s proposal was not acceptable. It had to do something to lower the likelihood of an uncontrolled blowout and lower the consequences”.

Keeping a capping stack on call significantly increases costs. Bea said Nopsema may also have required the presence of a back-up rig, which could drill a pressure-relieving well.

Asked whether the regulator considered a capping stack and relief well to be prerequisites for drilling in the Bight, Nopsema’s spokesperson said he could not provide a generic response for all future programmes.

“However,” he added, “for every drilling activity a titleholder must demonstrate that they will be able to bring an uncontrolled release under control in the most efficient and effective way possible. This may include deployment of a capping stack and/or the drilling of a relief well.”

Andrew Hopkins, an emeritus professor of sociology at the Australian National University who has consulted and written books on BP’s safety practices, said it would have cost BP “many millions” to comply with the regulator’s requirements. BP told CHN that compliance with the regulator had not made the project uncompetitive.

“Statoil must be able to see what will be required,” Hopkins said. Both he and Bea gave expert evidence to the Australian senate enquiry on drilling in the Bight.

Bea said Statoil had a long history of working in highly-regulated environments and predicted they would not make the same mistakes as BP.

“I think Statoil will take the experience of Nopsema and BP as a starting point so that they can do a thorough evaluation of the risk. Because of Statoil’s experience and background, I’m hopeful that the sad end that BP experienced in the Great Australian Bight won’t be realised again,” said Bea.

A spokesperson for Statoil said the company was developing an environmental plan to submit to Nopsema, which would be subject to consultation.

“We will only undertake drilling activity if we can do it safely. By the time we drill we will have spent more than two years planning this well to satisfy ourselves that we can operate safely and in accordance with Australia’s strict environmental and regulatory requirements. We have collaborated with CSIRO [the Australian government-backed Commonwealth Scientific and Industrial Research Organisation] to study the local environment and this is taken into account in our plans. Our exploration project is also designed to protect the interests of fishing, aquaculture and tourism operators,” according to an emailed statement.

“As the world’s leading deep-water operator, we will draw on more than 45 years of experience successfully operating in similar offshore environments. We are speaking with local suppliers and stakeholders to ensure we properly understand the local conditions. We have decades of experience coexisting with other interests, including fisheries and tourism. We will continue to use a combination of local experts and global best practice throughout our exploration program. With careful planning and regulatory oversight, we are taking the time we need to prepare for safe operations.”

Both Bea and Hopkins applauded the detailed work done by Nopsema’s assessors.

“I think Australia has done a great service for not only that country, but for other parts of the world in forcing this process in the direction that they have,” said Bea.

Hopkins told CHN he was “surprised” that many of the problems listed the first rejection of BP’s environment plan remained unaddressed second time around.

“Maybe BP wasn’t taking the whole process seriously enough. In many other parts of the world these big companies aren’t dealing with very competent regulators and are used to getting away with relatively superficial kinds of plans,” he said.

CHN’s freedom of information request to Nopsema was delayed by BP until well after its commercial interest in the region had cooled. CHN’s original document request was made in August 2016. The Bob Brown Foundation assisted CHN with the $386 fee for the request, but had no further input until asked to comment for this article.

BP initially delayed Nopsema’s processing of the request by claiming the relevant staff member was on leave. Nopsema notified CHN of its decision to allow access the documents in October 2016. But BP appealed the decision, first to the information commissioner, then to the Australian Administrative Appeals (AAT) tribunal. The case never went before the AAT. After two hearings were scheduled, then delayed after BP claimed it needed more time to prepare, the oil company dropped its appeal.

“After an internal review, BP has taken the position that, while potentially open to misinterpretation, it is clear this correspondence was part of an ongoing process,” said the spokesperson.

A further document, released to CHN but heavily redacted, was 142 pages of technical advice which Nopsema said contained the assessment team’s “detailed thought processes and opinions”. Nopsema cited laws that protect government agencies from having to release ‘deliberative’ material.

Image Credit: Takver/Flickr/CC BY–SA 2.0. Updated: 9/4/2018: A paragraph including an additional quote from BP was added.