When you hit the switch on the kettle, what do you think about?

The lovely cup of tea that’s about to mask a myriad of office-based frustrations? The wonder of a modern power grid that means tea can go from concept to reality in under a minute? Probably, you think nothing at all.

And fair enough — you just wanted a cup of tea.

In the circumstances, pausing for respite in the two metres of linoleum and IKEA cupboards that pass for most office kitchenettes, it’s unlikely you would have thought about where the electricity to make that cup of tea has come from.

But perhaps we all should.

Because, if you’re lucky and it’s a sunny, windy, day, that tea might be almost carbon-free. But if it’s grey and still outside, even in the world’s most advanced economies, somewhere deep in the background of that cup of tea is a lump of coal in a power station.

And behind that coal, if you dig deep enough, is a human face. A human face with a story to tell — a troubling one.

One of those stories is Yana Tannagacheva’s. She comes from a small village in the Kuznetsk basin in Siberia, also known as Kuzbass, one of the largest coal mining areas in the world.

Her life has been destroyed because of the world’s ongoing demand for coal.

Over a crackling phone line, with the help of a translator, she told me how her family and friends have been threatened for resisting the coal mines that have decimated their way of life.

“Like many indigenous people of Russia the Shor traditionally practice shamanism and our deep spiritual connection with our ancestral territories is expressed in ceremonies and sacrifices to the spirits. Our traditional economic activity include cattle herding, hunting and gathering as a main source of food.”

“Now there is no beast in the forests, there are no fish in the rivers. It’s horrible. Our rivers now are black with coal.”

“I think a lot of people have to know where coal is bought, under what conditions it is mined. Because where they buy coal there is a lot of suffering. And we want other countries and Russia to develop alternative energy sources.”

Yana was brought to my attention in a report by campaigners, Coal Action Network. Report co-author Anne Harris travelled to the region to meet the Shor people having their homes destroyed by opencast coal mines.

There are strong arguments to stop coal mining in the UK, including the avoidance of health issues that come from the dust blown into the air as the coal is exposed, and the protection of rich ecosystems literally blasted away. But the UK can’t just stop producing coal, it also needs to stop using it, Harris told me.

She told me what is was like to visit a region dominated by the industry.

“It’s really striking to stand there. It’s like a lunar landscape really. And there is no expectation from the local people that anything will be done to try and put back the land or to bring it back to the use it had before.”

She points to the UK’s record-breaking month, where no coal power was used for the first time since the industrial revolution, as evidence that the UK should now be able to move beyond coal.

“We can just turn the power stations off, and we should be brave enough to do that”. 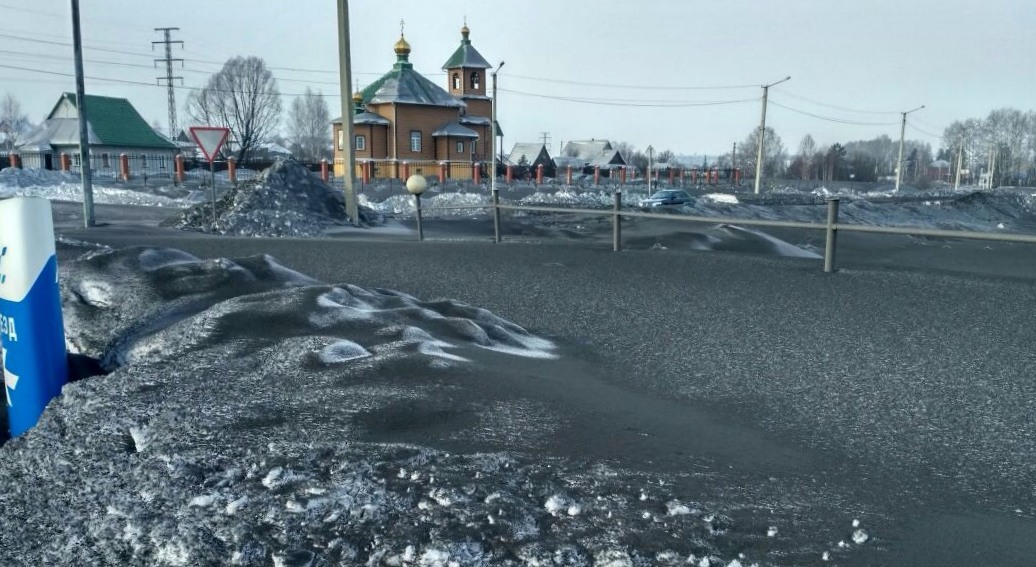 While the UK has most of the infrastructure in place to be able to imagine a zero-carbon future, the story is not the same in remote Russia. In Kuzbass, coal companies bring promises of jobs and a level of economic security, which Tannagacheva said buys them some support.

One of those companies, the Southern Kuzbass Coal Company, owned by Mechel, is keen to stress its contribution to the community. On its website, it emphasises that it continues to “invest heavily into social and economic development of the regions of our presence, primarily as major taxpayers and employers, ensuring jobs for the local population with competitive salaries”.

But Tannagacheva said the community’s attachment to the land, and the pollution and problems the mines bring outweigh the economic benefits. She said that means most of the local community are against the mines, on balance:

“Fundamentally, 80 percent of people are against the eviction of the area, against the vandals mining this coal because it has such a negative impact on the ecology of our region, and on the quality of life.”

“In our region, people are against the mines, specifically against the barbaric open-cast method of coal mining. Both the older generation and the young are against the fact that heathens are mining this coal.”

Tannagacheva’s story is testament to the damage the world’s continued reliance on the fuel can have. It’s not just about the destruction of the communities in the present day, it’s about a sense of lost history and a way of life future generations will be denied. She told me:

“Of course, above all I feel pain, because this was my family’s ancestral home. It belonged to my grandfather and my father inherited it. My father have two daughters — myself and my younger sister. So this home was a memory of my land, my homeland, a memory of my family, my ancestors, above all.”

“Of course, you can build a house. But even more pain I feel because our earth is destroyed, the rivers are polluted, and our sacred mountains are prone to explosions. It’s terrible that the future generation will not see our land in its original form”.

Russia is still a coal country. It is the world’s sixth biggest coal producer. It ranks third for coal exports, behind Indonesia and Australia.

In January 2012, Vladimir Putin promised subsidies of €53 billion would be pumped into the nation’s coal sector. In May 2018, he issued a decree to increase the amount of shipping that will pass through an ever-melting Arctic, much of it to ferry coal.

The country’s politics created some challenges for Harris and her team. She told me of her experience of being harassed as they tried to get testimony from the locals fighting the mines.

“The Russian system is very punitive”.

“Those experiences of being followed and being arrested give just a little window into what it is like for the people who live there.”

“People are very downtrodden but are still fighting.”

For Tannagacheva, the threats became so bad she is now seeking asylum in Europe.

“People are afraid to speak the truth. Because the police, the regional government and coal mining companies are connected.”

“We were forced to leave Russia with our children and applied for refugee status in a European country because for a lot of years we were threatened by the police. They came to our house and threatened us against participating in human rights activism.”

She told me of encounters with the Russian federal security force, known as the FSB.

“We were forced to leave Russia with our children and applied for refugee status in a European country because for a lot of years we were persecution and threats by the police, the FSB, representatives of coal companies.”

“The police came to our house and threatened us against participating in human rights activism. The FSB threatened us for conversations with our relatives and friends and defenders of our people. Unknown people pursued our child, we think this is the FSB.  Now my familywith me are in a European country and we are safe, but in my region the situation worsens: my people suffer from the barbarous destruction of the territories of traditional nature management.” 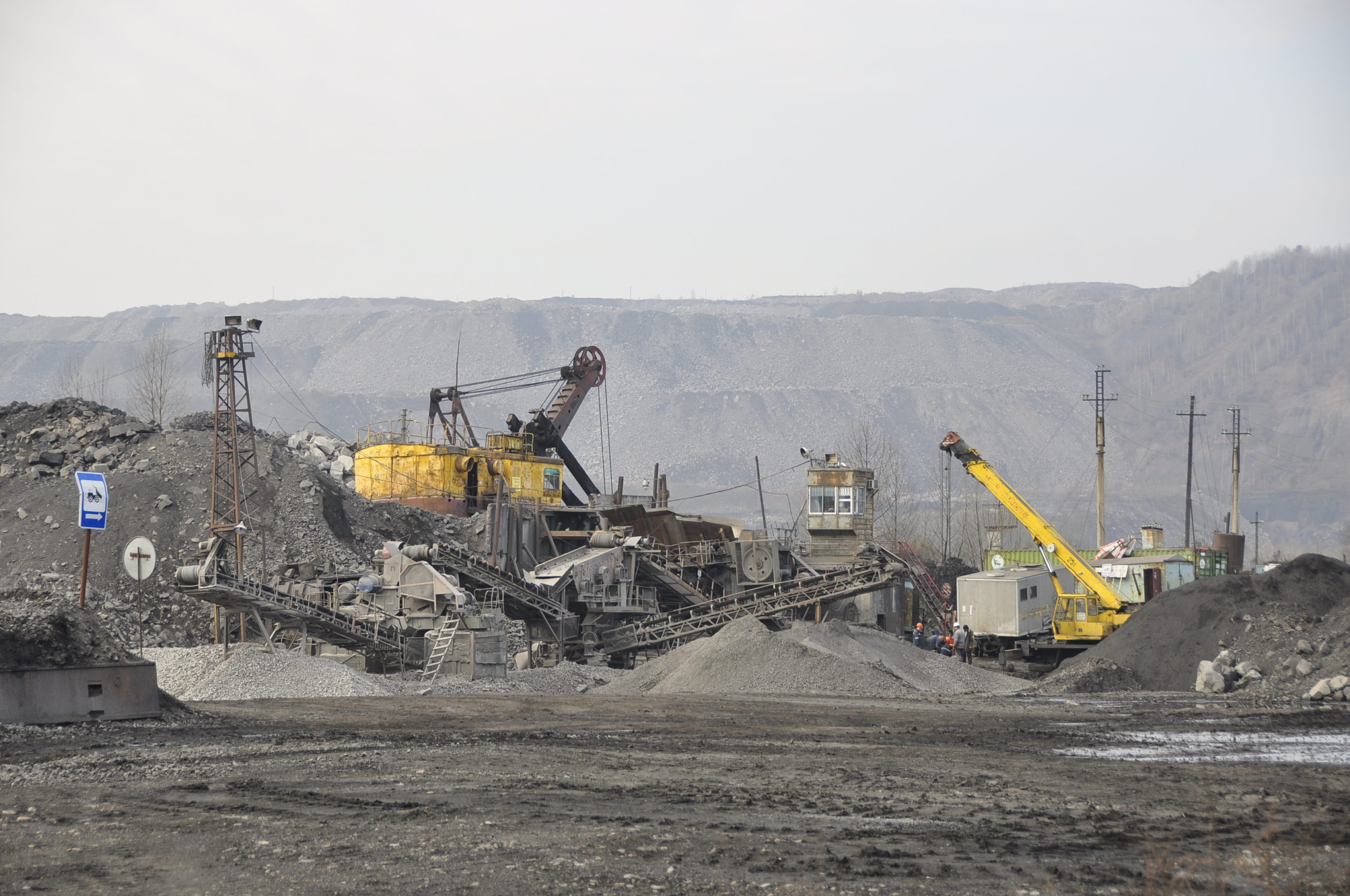 Image: A Kuzbass coal mine, by Sally Low  (all rights reserved)

She has appealed to the UN to intervene, with some limited success.

On 23 November 2016, she gave a speech to the UN Committee on the Elimination of Racial Discrimination (CERD) in Geneva. In September 2017, the committee released a statement that said it was “concerned” and “alarmed” at the Shor people’s situation in Kuzbass. It recommended that Russia “take effective measures to restore fully the rights of Shor people, in close consultation with Shor representatives and bodies”.

Tannagacheva called the statement “a small victory for my people, for us”. “Now we are waiting for it to be implemented”.

In the meantime, Harris and campaigners across the globe are doing all they can to draw attention to the plight of the Shor people. But there is another, more mundane, obstacle: accounting.

According to Siberian Customs Administration figures, uncovered by Harris, Kuzbass exported 11.4 milltion tonnes of coal to the UK in 2017. But official UK government figures suggest the country only imported 2.3 million tonnes of coal from the whole of Russia that year.

Such uncertainty is down to a lack of transparency in the accounting system, Harris said. Coal passes through many places and gets mixed up along the way, and no one tries particularly hard to keep track of its origins. Possibly because it’s not in their interests to do so, she argued.

“If you can identify the country it’s coming from, you’re doing quite well”, she said.

But this creates an issue for those wanting to illuminate the environmental and human rights abuses inherent in burning coal in the UK’s power plants. The lack of transparency means campaigners “can’t pin it directly on a specific consumer”, Harris said.

And that makes it harder to tell a compelling story about why the UK needs to stop not just producing coal, but stop using it, too.

By obscuring the origin of the lump of coal that boils the water for everyone’s afternoon tea, the sense of obligation gets lost. And the faces and stories, like those of Yana and her family, now seeking asylum abroad, remain hidden.