Investigation: Has Banks Group Illegitimately Commenced Work at the UK's Newest Coal Mine?

The legitimacy of the ‘Bradley’ opencast coal mine in Durham’s Pont Valley has been called into question after the operator, Banks Group, appeared to commence work before key planning conditions had been completed.

Evidence gathered by DeSmog UK suggests that Banks group failed to follow the strict conditions agreed in a specific planning document —Section 106 — agreed between the contractor and Durham County council. The deadline for the mining work to have “commenced” was 3 June 2018, otherwise the mine’s planning permission would be void.

Time-stamped photographs show heavy machinery at the controversial site scrapping back vegetation and stripping back soil, stockpiling huge mounds on 14 May 2018 and 18 May 2018 — allowing Banks Group to claim work had “commenced”.

However, construction work was still taking place to satisfy key conditions in the Section 106 agreement two weeks after the soil stripping works had begun. This suggests Banks Group had breached its Section 106 agreement, illegitimately commencing work on the UK’s newest opencast coal mine.

Banks Group’s rush into commencing work at the Bradley site in Pont Valley can be explained by the tricky nature of its planning permission.

UK Coal went bust in 2014 following a major fire at the company’s largest mine in Daw Mill. Banks Group subsequently took on the Bradley mine permission, and announced in January 2018 that it was trying to acquire the land rights to push ahead with the project.

Planning permission for the Bradley mine under the current license would have ran out on 3 June 2018 had works not commenced, which is why Banks Group rushed to start work at the site.

Banks Group operates the nearby Shotton and Brenkley coal mines and claims to mine around one million tonnes of coal each year. The Shotton coal mine is situated on the Blagdon Estate and is owned by hereditary peer Matt Ridley, an advisor to climate science denial campaign group, the Global Warming Policy Foundation (GWPF).

Earlier this year, the government blocked Banks Group’s proposal for a new coal mine near the beauty spot of Druridge Bay in Northumbria. Campaigners’ calls for the Communities Secretary to block the Bradley mine in Pont Valley have so far been ignored.

According to the planning advisory service (PAS), an organisation that provides support to local authorities on planning matters, Section 106 agreements ‘are a mechanism which make a development proposal acceptable in planning terms, that would not otherwise be acceptable’.

If Banks Group is guilty of breaching its obligations under the Section 106 agreement than the punishment could be severe. Durham County Council has the power to issue an injunction against any party that breaches the agreement.

On 18 May 2018, Banks Group declared it had commenced work at the mine. But evidence uncovered by DeSmog UK suggests a number of conditions under the Section 106 agreement may not have been met, including finishing the access road to the site.

Durham County Council refused to answer DeSmog UK’s detailed questions about the apparent problems regarding the satisfaction of a number of planning conditions. Banks Group pointed DeSmog UK to a council statement saying the authorities were satisfied the conditions had been met.

The lack of action taken by Durham County Council to regulate the works being undertaken by Banks Group has not gone unnoticed by campaigners opposed to the open-cast mine.

“Durham County Council and the Planning Inspectorate gave reassurances during the planning process that any company extracting coal from this land would be held to the conditions of planning laid out in the planning approval and the Section 106 agreement.”

“This was a lie, no significant action has been taken against the mining company since it broke the Section 106 agreement by stripping soil prior to completing the access road.”

Caroline Lucas, MP for Brighton Pavilion and current co-leader of the Green Party, has also questioned the justification for allowing Banks Group to continue with its proposed open-cast coal mine in the Pont Valley.

On 18 June 2018, Lucas issued a written parliamentary question to the Ministry of Housing, Communities and Local Government.

Lucas asked the Secretary of State to clarify, “whether any errors were made in the appeal decision on planning permission for the proposed Bradley open-cast coal mine in County Durham.”

This isn’t the first time Lucas has written to Communities Secretary James Brokenshire about the contentious coal mine. On 14 May 2018 Lucas asked the Secretary of state:

“what assessment he has made of the potential effect of the proposed ‘Bradley’ open-cast coal mine in Pont Valley, County Durham on the UK meeting its carbon reduction targets in the Climate Change Act 2008.”

Three days later on the 17 May, Jake Berry, the Parliamentary Under-Secretary within the Department for Housing, Communities and Local replied:

“The Secretary of State is currently considering requests to revoke the planning permission, granted on 3 June 2015, for surface coal mining at the Bradley site. These requests are being considered in the light of the current policy on revocation. I am therefore unable to comment on any aspects of this proposal as to do so is likely to be prejudicial…”

The outcome and timing of the Secretary of State’s review is crucial, as Banks Group is continuing work in the meantime.

The lack of a decision by James Brokenshire’s office has angered some in the local community. Local resident June Davison said the delays were causing residents distress. She told DeSmog UK:

“It’s sickening that someone with the power to influence the lives of so many people, can sit on a decision for nearly 4 months. James Brokenshire and his team are fully aware of the urgency of our request and still have not responded one way or the other.”

Concerns have been flagged up in recent weeks by the local community that Banks were rushing ahead and it was unclear if key planning conditions that would enable works to commence had been properly finalized.

To assess the current situation on the ground, DeSmog UK visited the site on 20 June 2018.

On that day, there were no visible noticeboards other than security signs, metal fencing lay strewn on the floor, the street lighting to the all-important access road was yet to be finished and an excavator was working away on top of a huge soil mound, perilously close to the public pavement.

Significantly, the access road inside the site had not been completed, so vehicles were parked on a dirt patch just inside the gates.

A short distance from the proposed mine is the village of High Stables, home to a community that has been valiantly fighting plans for an open-cast coal mine for over 30 years. From here you can follow the footpaths into the Pont valley.

A short distance up the picturesque footpath, near the perimeter of the future opencast mine there are mounds of black soil, more Banks group security signage and gaps in the boundary fencing that you could drive a bus through.

In the distance enormous tipper trucks were rumbling along tracks cut into the valley for transporting the top soil around the site.

The Planning Inspectorate’s ‘appeal decision’ published on the 3 June 2015 reconfirmed the need for Banks to abide by the planning conditions proposed by Durham County Council including those required to be in place before works commence.

The 79 conditions, detailed in appendix A of the planning inspectorate’s decision document detailed the strict processes that Banks needed to follow from pre-commencement stage all the way through to the aftercare and site restoration.

This includes requirements to provide details of the site fencing (condition 5H), site notice board (5N), and the layout of the site compound (5L). Further conditions range from the dust control (5D) to Noise monitoring (5B)

DeSmog UK has summarized some of the key planning conditions that needed to be discharged before Banks group commenced work, many of which do not appear to have been fully satisfied: 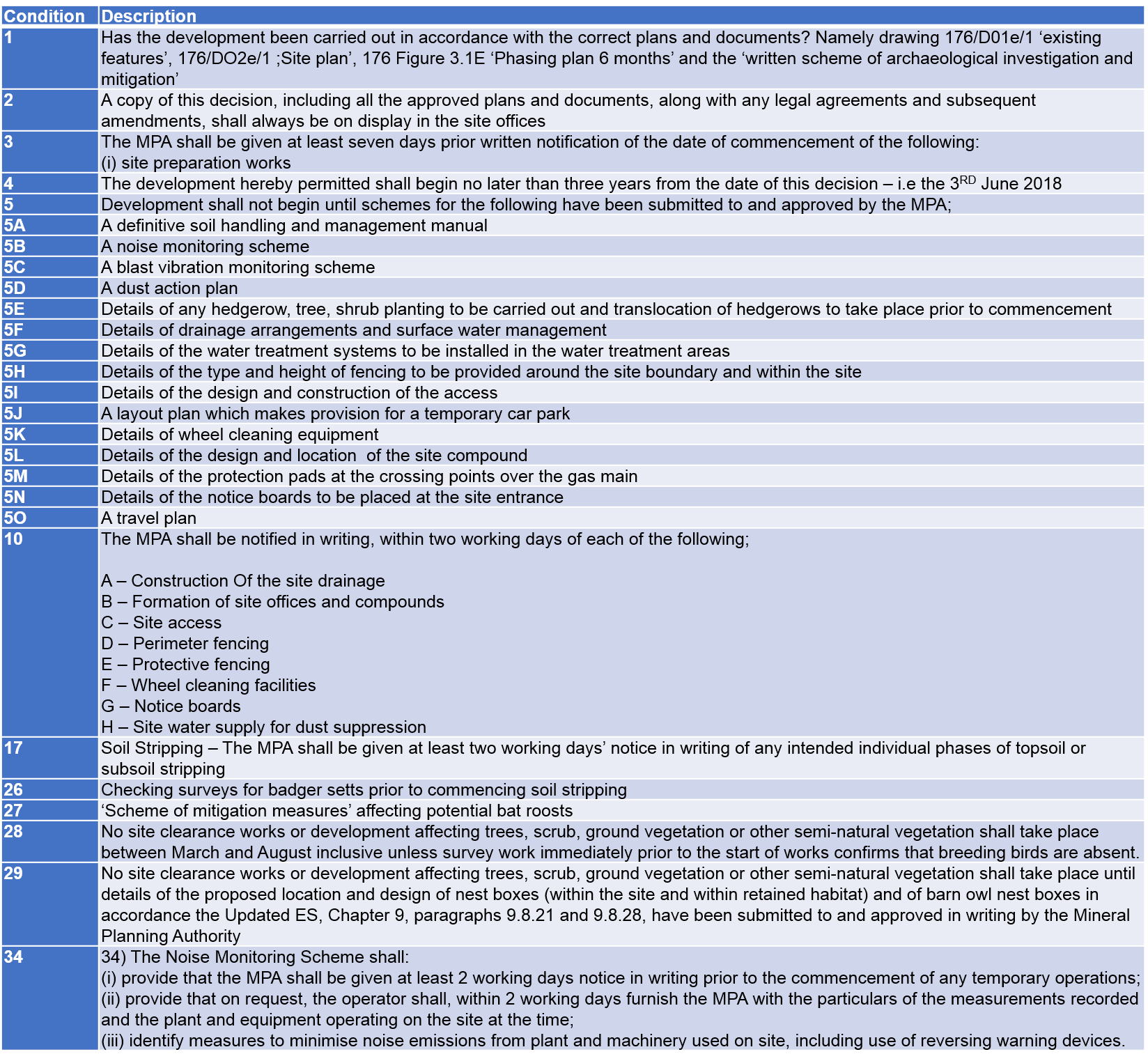 Following the site visit, DeSmog UK contacted Durham County Council and asked the authority to comment on the status of the planning conditions with particular emphasis on the status of the highway works and a range of other requirements ranging from soil management, dust control and archaeological surveys to tree protection, wheel washing facilities and site notice boards.

“I’ve spoken to our planning team and I’m afraid it is not possible to provide this information within your deadline. We would suggest that you submit it as an FOI. I can forward this on to our FOI team if you would like me to.”

BBC research shows that requesting sensitive information through FOI’s is riddled with problems, with authorities using a variety of tactics to avoid disclosing crucial information. And the council legally has up to 20 working days to respond — providing Banks Group with a further month to continue work unchallenged.

“We are content that the works currently being carried out on site are in accordance with the planning permission.”

He did not provide any detailed answers regarding the evidence of potential breaches provided by DeSmog UK, or further detail on how the Council came to be satisfied that the conditions had been met. 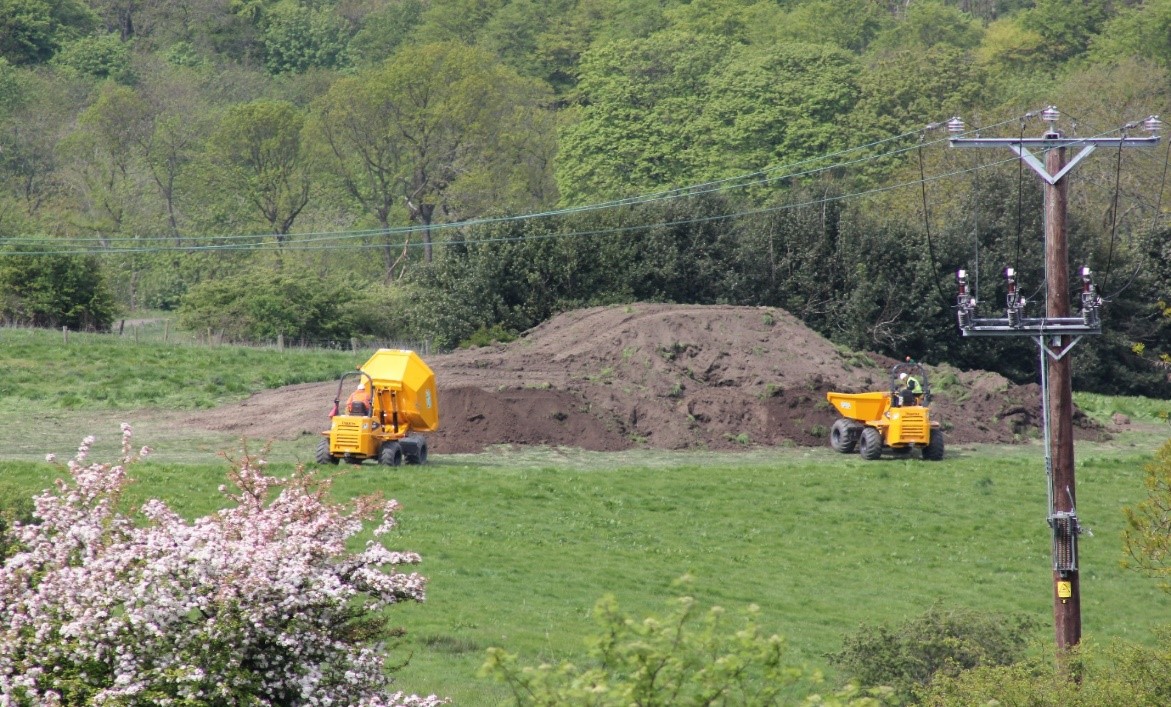 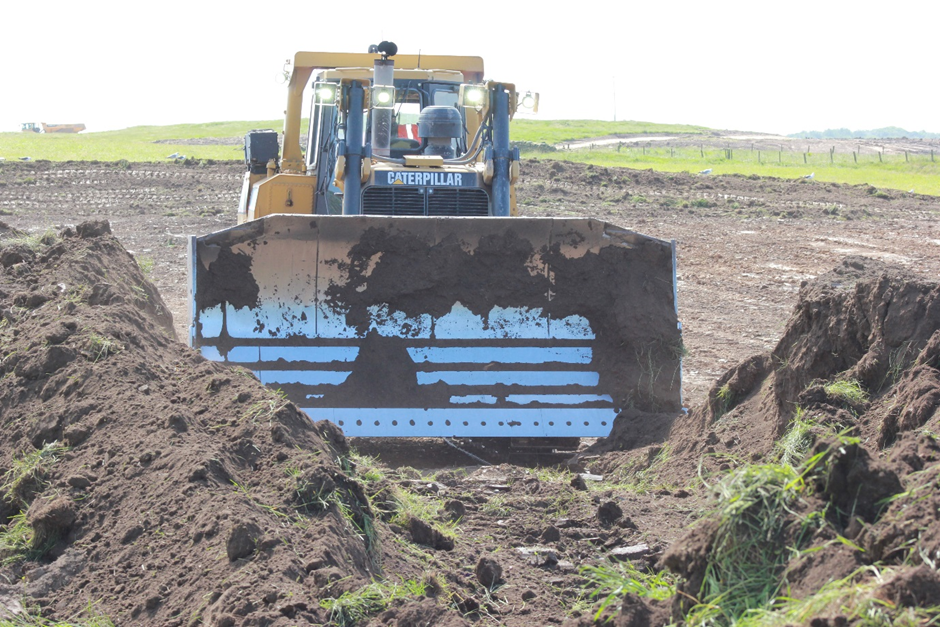