Fossil Fuel Companies Knew How Hard Keeping to IPCC's 'Unprecedented' 1.5C Limit Would Be — And Did Nothing

The scientists are clear: “rapid, far-reaching and unprecedented changes in all aspects of society” are needed if the humans are going to prevent the world warming by more than 1.5°C above pre-industrial levels.

This news — emanating from the release of the Intergovernmental Panel on Climate Change’s (IPCC) mammoth new special report —  comes as a surprise to almost no-one. Least of all the fossil fuel industry, which has known for decades that the carbon budget that keeps that goal within reach has been rapidly depleting thanks to its products.

So how did we get here, to a place where plotting a path to keep planetary warming within this highly desirable limit requires changes on a scale for which “there is no documented historic precedent”?

Fossil fuel companies have known for decades that their products would lead us to this point. 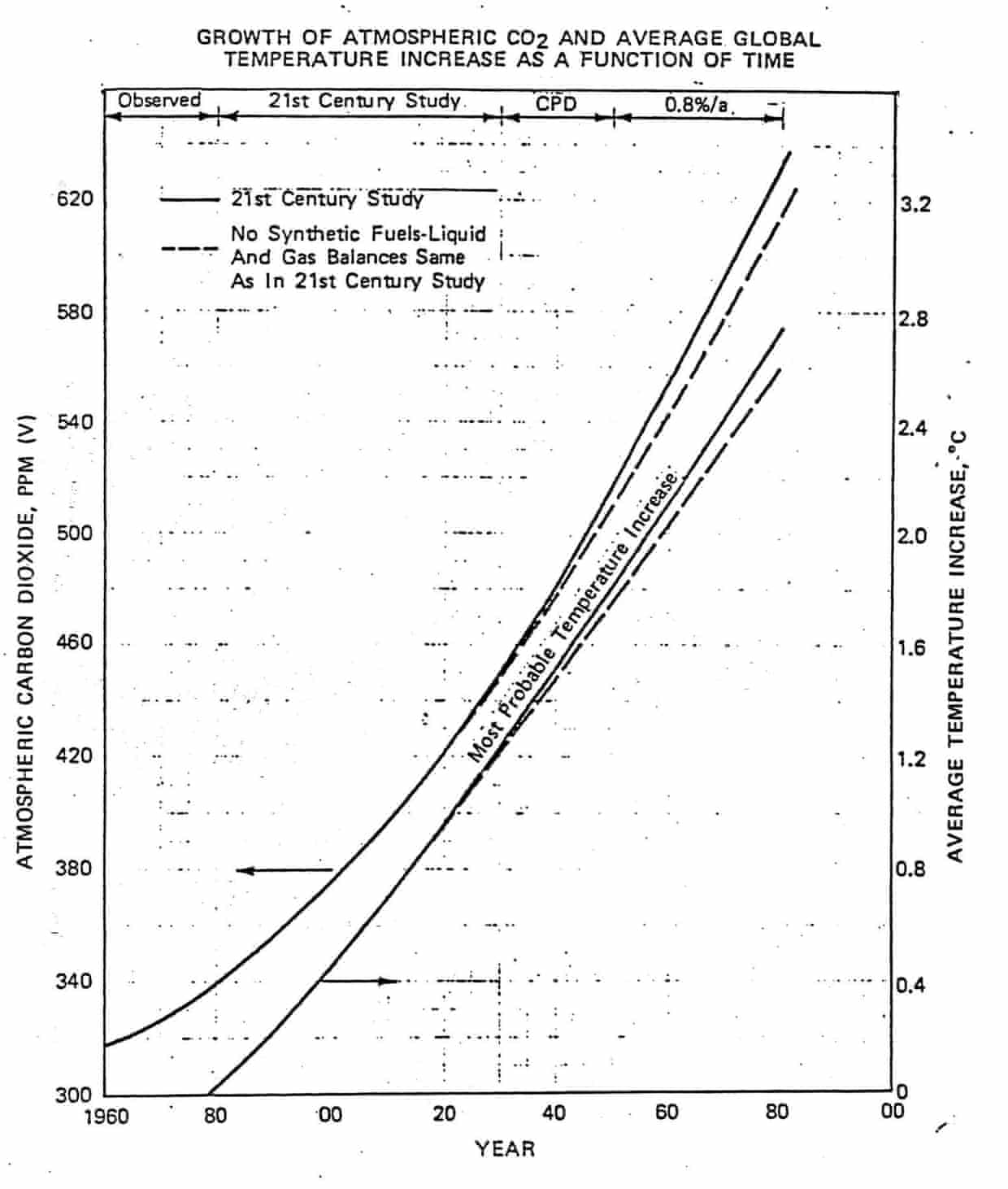 Today’s report confirms how scarily accurate that prediction is likely to be — it says that on current trends, the world is expected to wam by 1.5°C between 2030 and 2052. It also shows that the world has already currently warmed by about 1°C since pre-industrial levels thanks to human-caused greenhouse gas emissions.

Exxon wasn’t the only fossil fuel company to commit resources to understanding this problem in the early days. An internal document from 1988 shows Shell also knew back that fossil fuel emissions were likely to lead to 1.5°C to 3.5°C of warming. On current trends, they’d be right — under current policies, the world is expected to warm by about 3.1°C to 3.7°C.

The IPCC’s special report is the result of a huge collaboration between 91 authors and 114 co-authors, with 42,000 comments on drafts of the document, Climate Home reports.

The report says that if the world is going to keep to 1.5°C of warming without ‘overshooting’ — passing the limit then using technology to bring warming back down — then “rapid and far -reaching transitions in energy, land, urban and infrastructure” are needed.

“These systems transitions are unprecedented in terms of scale, but not necessarily in terms of speed, and imply deep emissions reductions in all sectors, a wide portfolio of mitigation options and a significant upscaling of investments in those options”, the scientists say.

In other words, it’s difficult but not technically impossible to keep warming to 1.5°C without a huge reliance on new technologies.

For that to happen, we need to lower energy use, massively ramp up renewables, quickly phase-out fossil fuels, actually implement the long-standing silver-bullet of carbon capture and storage (CCS) technology, and rapdily develop technology to remove carbon dioxide from the atmosphere. That implies an investment of around $900 billion to 2050, the scientists say.

We also need to make our buildings a lot more energy efficient, quickly move from petrol to electric vehicles across the globe, eat less meat, and pretty much stop cutting down trees — none of which is impossible, but none of which is easy.

To be honest, none of this is really news.

The IPCC has been saying for decades that — if the world is going to stick to its commitment to prevent temperatures rising by more than 2°C — much the same would have to be done to cut emissions. It’s just that to hit this new aspirational goal of keeping global temperature rise to 1.5°C, countries need to do the same things a lot faster and on a bigger scale.

Given no country is currently doing enough to even hit 2°C, the chances of that happening are perhaps pretty slim. The scientists acknowledge this, regularly pointing out that there are “socio-economic, institutional, technological, financing and environmental barriers that differ across regions” to overcome if any of it is to happen.

But the IPCC says the benefits of delivering that more ambitious target are big, and worth pursuing. For instance, an extra 0.5°C of warming is likely to increase the chances of a sea-ice-free arctic, increase the chance of reduced crop yields, and increase sea-levels by about 10 centimetres — all of which significantly impact humans’ health, security, and prosperity.

Despite the obvious benefits of preventing those things happening, just days before the report’s publication, it became apparent that the argument that preventing climate change is a good thing was no longer a given.

Last week, the President Donald Trump’s administration produced a statement that predicted the world would warm by 4°C. Instead of suggesting rapid emissions cuts to mitigate the change, it used the statement to justify a policy that would actually increase emissions, saying it was such a small increase that in light of the climate catastrophe 4°C could bring, it really didn’t matter.

That’s not a line the fossil fuel companies are taking — yet.

But the IPCC report has confirmed an inconvenient truth for the industry: that if temperature rises are going to be held to safe level, there is little space for fossil fuels.

The report says that if warming is going to be limited to 1.5°C, with limited or no overshoot, renewables will need to provide 70 to 85 percent of electricity in 2050. At that point, gas may provide about eight percent of electricity with CCS, but coal power production will have to reduce to pretty much zero.

An earlier draft of the report said that to keep on track for the 1.5°C goal, fossil fuel extraction would need to decrease by about a quarter over the next 20 years. In the final report summary, there is no mention of fossil fuel extraction at all, reportedly after pressure from Saudi Arabia’s delegation to remove the statement.

While the IPCC’s work is invaluable for laying out the case for huge emissions cuts, and giving some sort of map to getting there, it diplomatically avoids stating the obvious: the reason the 1.5C goal is so challenging is because — despite knowing about the risks for decades — the fossil fuel industry remained obstinate.

Exxon, Shell and BP knew for decades that their products caused climate change. They knew this could rapidly lead to 1.5°C of warming. And they knew what had to be done to prevent this.

But for years, Big Oil muddied the waters by funding climate science denial, obfuscating even when companies’ own analysts were laying out the consequences of continuing to burn their products.

Recently, the industry has improved its PR: Exxon and Shell have left groups with fringe climate science denial views, favouring a more contemporary form of greenwash that calls for solutions there is little money or political will to deliver.

And companies like BP continue to spend millions lobbying against climate policy when they’re worried it will hit their bottom line.

The IPCC’s report may be making headlines today for outlining what needs to be done to finally, drastically, bend the emissions curve rapidly downwards. But one reason this is now difficult but not impossible rather than easy and likely is because Big Oil knew we were heading this way along — and did worse than nothing about it.