At last, the UK and EU have agreed on Brexit. Well, sort of.

The draft Withdrawal Agreement text published yesterday and reluctantly agreed by Theresa May’s cabinet still has to get through a long and tortuous process before it actually becomes ‘The Deal’. But it does give a good indication of where both sides stand when it comes to some important issues.

And it’s probably fair to say that if this draft was the final one, people who care about the environment would probably be pretty happy.

Here are the key takeaways.

1. The UK and EU remain committed to the Paris Agreement and international climate talks

Given France’s stake in the Paris Agreement (they really like to own it), and the UK‘s own domestic climate targets, it’s no great surprise that both parties are happy to say that yes, climate change matters. And, yes, they’re committed to tackling it. And, yes, they’ll try and do this through the Paris Agreement and whatever comes next out of the international climate talks.

2. The UK and EU will make ‘polluters pay’

But nonetheless, both parties have agreed to embed both the “precautionary principle” (where governments err on the side of caution when science is uncertain) and the “polluter pays” principle (where those that cause the problem pay to clear up the mess, not unsuspecting citizens through their taxes, for example) in their environmental legislation in the future.

Note: it is extremely debateable to what extent this is currently the case. 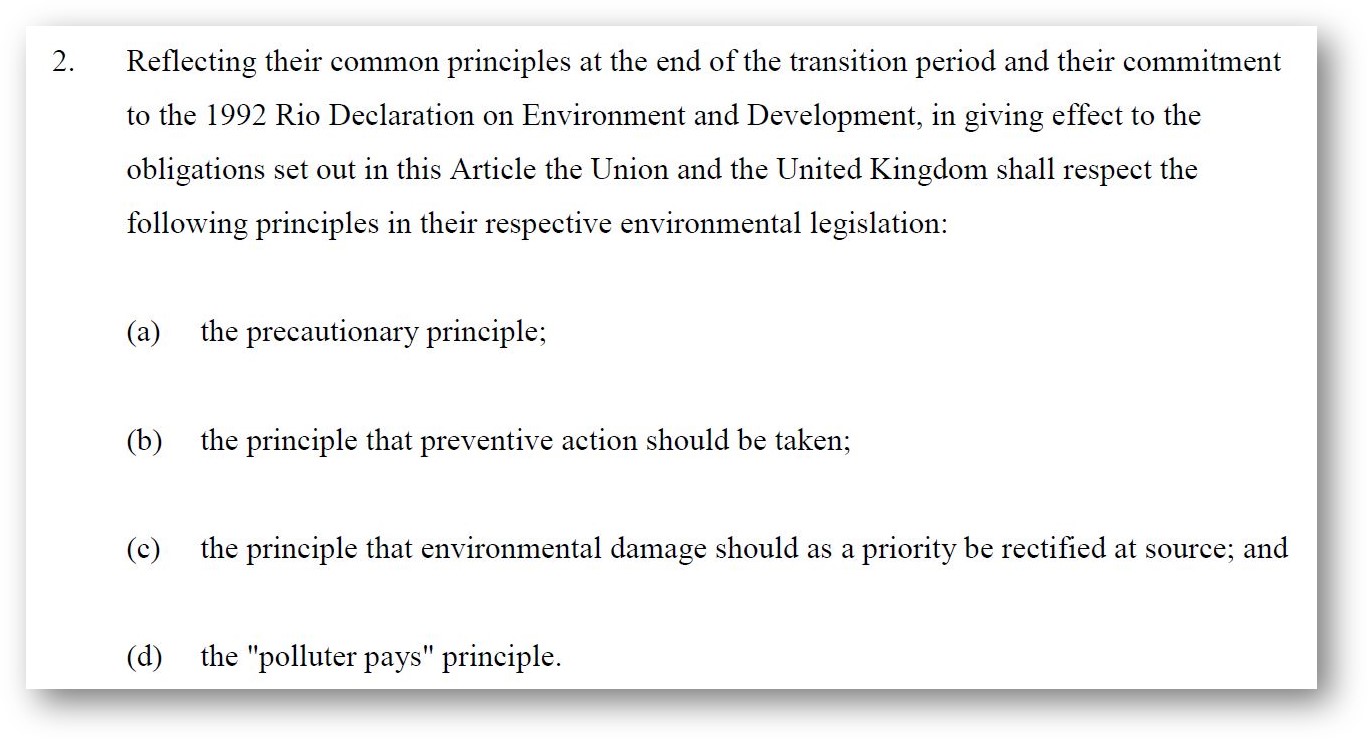 3. The UK and EU promise there will be ‘non-regression’ on environmental protection

This is a very bureaucratic way of saying environmental standards need to be upheld on both sides.

There is significant concern that the UK could try and lower its environmental standards once it has left the EU. It might try and do that to secure more favourable trade deals with such famously clean countries as India, China, and the US. It is a key proposal of some influential UK and US lobby groups backed by libertarians and fossil fuel cash, in fact.

How this clause is enforced, and how it ultimately features in the UK‘s bilateral trade deals once it has left the EU, remains somewhat vague and uncertain. And whether these apparently admirable words are ultimately worth the paper they’re written on also remains to be seen. 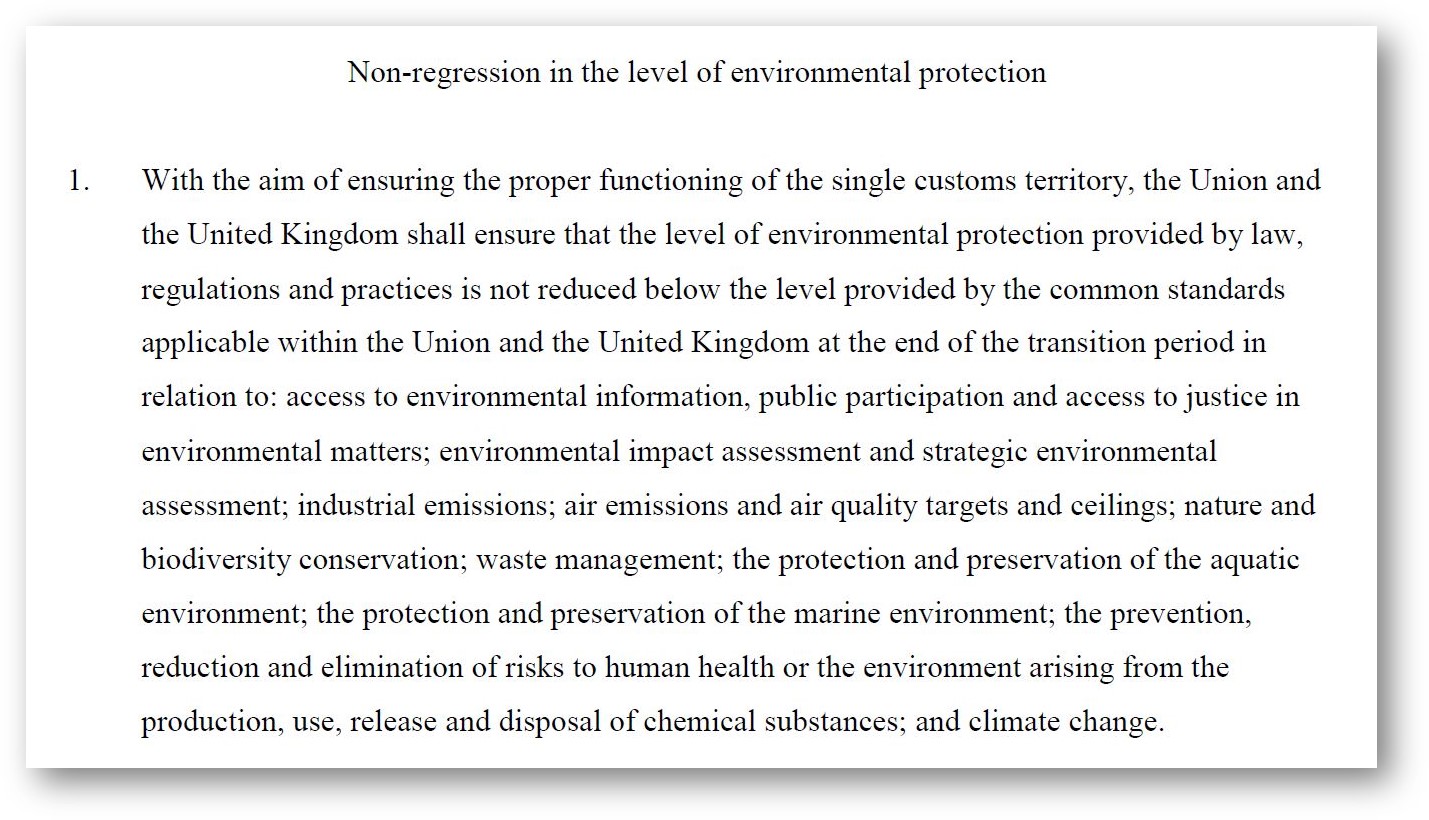 So, all in all, the draft deal provides quite a lot of protection for environmental regulations — at least in principle.

But, lest we forget, this is far from a done deal, and the devil will of course be in the detail (that’s where he likes to hide, apparently). Expect lots of lobbying from groups committed to deregulating the UK as far as possible post-Brexit in the coming weeks.

Theresa May and her new Brussels besties have laid down a marker. The real test of the UK‘s commitment to its “gold standard” environmental regulation begins now.