Extinction Rebellion and the School Strikes: The Rise of a New Climate Activism

I saw Greta Thunberg for the first time in Poland at the end of last year. It was during the early days of the Katowice UN climate negotiations. She was sitting in a makeshift TV studio, having her pigtails re-tied. I was in a hurry, chasing too many stories down at once, and paid little attention to this 15-year-old girl.

Of course, I’d heard of Greta by that point. I’d received several emails inviting me to press conferences where she was speaking, but I hadn’t taken the bait.

I had recently written about the Juliana v United States litigation, where a group of young people sued the government for failing to protect them against climate change, and profiled the Zero Hour campaign led by 16-year-old Seattleite Jamie Margolin. I assumed Greta was the next star of climate youth activism. What I didn’t realise was that she would catalyse a shift in how climate activism works altogether.

Climate activism isn’t new, but the last year has seen a resurgence in attention devoted to the subject. For many campaigners, who have grown weary of watching their warnings fall on deaf ears, it has felt like hope has arrived at last.

Greta’s rise to fame was swift.

Most people already know the story. She began striking outside the Swedish Parliament in August 2018, which garnered a certain amount of interest from journalists and fellow activists – in November, she gave a talk at TedxStockholm. But it was her explosive speech at the UN talks in Katowice that catapulted her into the limelight.

“We have not come here to beg world leaders to care. You have ignored us in the past and you will ignore us again,” she said. “We have run out of excuses and we are running out of time. We have come here to let you know that change is coming, whether you like it or not. The real power belongs to the people.”

At the same time as Greta was standing outside Parliament by herself, then without the eyes of the world on her, another group was travelling around the UK, testing the waters for another new movement. Between March and October 2018, they held around 60 discussions across the country. These events were called Heading for Extinction – a kind of #RoryWalks (remember that?) of climate change. Then, on the last day of October, the group declared a rebellion:

“Humanity finds itself embroiled in an event unprecedented in its history,” reads the Declaration. “We, in alignment with our consciences and our reasoning, declare ourselves in rebellion against our Government and the corrupted, inept institutions that threaten our future.”

In the following months, these two movements exploded into the mainstream. In April 2019, Extinction Rebellion forced London to a standstill with a ten day protest, with more than 1,100 people arrested. More than a million pupils participated in a Greta-inspired school strike in March, and many have continued to strike weekly as part of the #FridaysForFuture movement.

From the English Romantics to America’s John Muir and Henry David Thoreau, writers have long advocated for the preservation of nature. Rachel Carson’s Silent Spring, published in 1962, ignited environmentalists’ ire over the damage wrought by pesticides.

Climate change activism is newer, but still well established. Over the past decades, it has taken the form of marches, lobbying, research, and divestment. In 1988, scientist James Hansen testified before the U.S. Senate, telling lawmakers that climate change “is already happening now”. The Intergovernmental Panel on Climate Change released its first assessment in 1992.

“The last few months really feel like a moment. But this isn’t the first time. There were similar moments in the 2000s, 1990s and 1980s. You could even say there was a bit of a moment in the 1950s in a way, depending on how you read it. It’s like we come back to the issue every decade or so,” says Alice Bell, who is currently writing a book on the history of climate change. 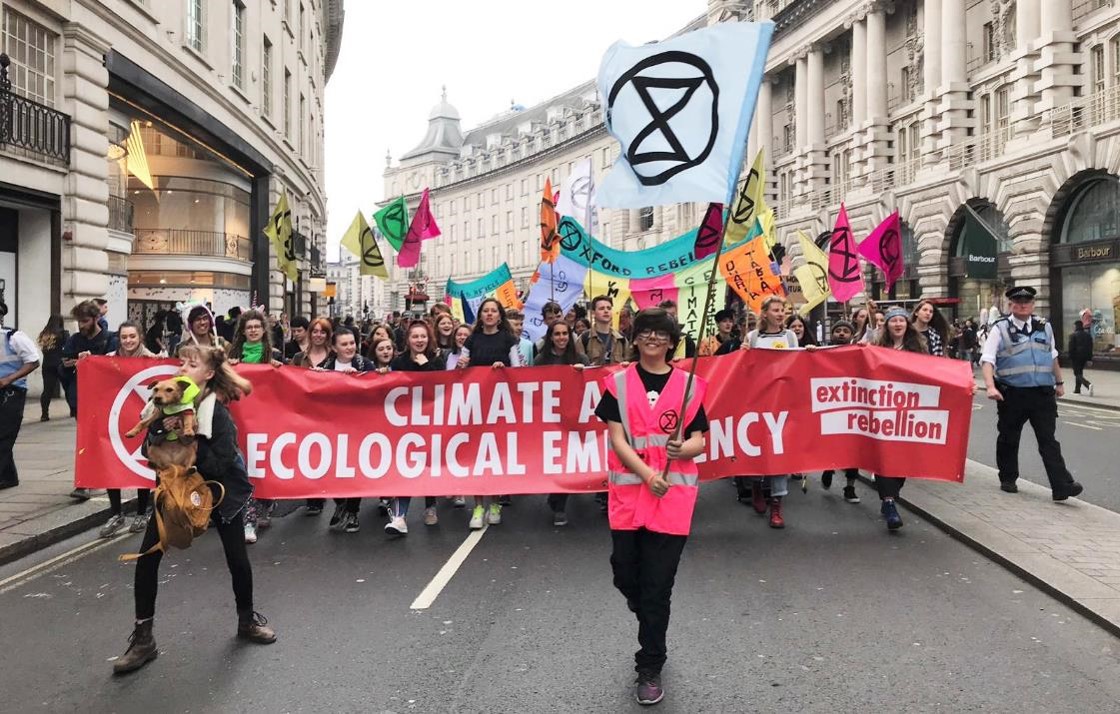 But if the wave of climate activism we’re seeing today is part of an ongoing cycle of protest, it is also the product of external events. In 2015, nations adopted the Paris Agreement, which set out an ambition to limit global temperature rise to below 1.5C. In 2018, the IPCC released a report on this temperature target, outlining how we get there – and the consequences of shooting past it. For young people in particular, it made sobering reading: repeated warnings that we have “twelve years to save the planet” sounds that much scarier when the consequences of failing will be felt across your own lifetime.

A tale of two movements

People involved in both Extinction Rebellion and the school strikes put the startling success of the movements down to one factor in particular: they have given individuals the power to act.

With Extinction Rebellion, this wasn’t an accident. With the concentrated media attention that it receives today, people tend to forget that the movement stemmed from extensive outreach, research and experimentation, says Liam Geary Baulch, who has been involved since the early days of the movement. “We really grew this through talking to people and training people in person, not just from media attention or Facebook. People really need to sit in a room with each other and feel the grief of the climate emergency.”

Its tactics have instilled in people the idea that they, personally, can force politicians to listen. Greenpeace, says Baulch, by way of example, “is great, but it relies on people being highly skilled, it relies on money to make those kinds of actions happen, and it’s not very inclusive or participatory.”

“What we’ve done is say, look, all of us can make a difference. Some of us can do that through making creative artwork or feeding people on the streets. We can all be part of this and do it together, and that’s really powerful.”

The school strikes movement has also provided an outlet to people who had previously struggled to get seriously involved in climate activism, partly because it overcame the most severe time constraint: school.

“It’s very difficult to get involved when you’re young,” says Izzy Warren, a 15-year-old based in London who has been striking since January. “You can’t travel around as much, which is why we’ve put such an emphasis on decentralisation. We’ve been trying to make sure that it’s accessible to everyone.”

Warren has been involved in climate activism since she was eight, she says, but didn’t feel like she was taken seriously until this year.

“I always got the sympathy voice because people were like, ‘Oh, it’s the young person talking,’ but no one took my view seriously. I was always overshadowed by the adults in the room. We don’t have the same political and economic power that adults have.”

Tindra Jällhage Said is striking outside the Swedish Parliament when I speak to her on the phone. The 14-year-old has been stood alongside Greta since the beginning, and has watched the movement grow. Today, there’s just a small group, and it’s a strike only in name, given it’s the school holidays.

“I’d been frustrated about how no one did anything, no one really acted,” she says. When she saw pictures of Greta on social media, she saw the chance to do something herself. “When there’s a lot of youth together, it can be a lot easier and less scary than if you go to another activist event, where there can be a lot of adults.” 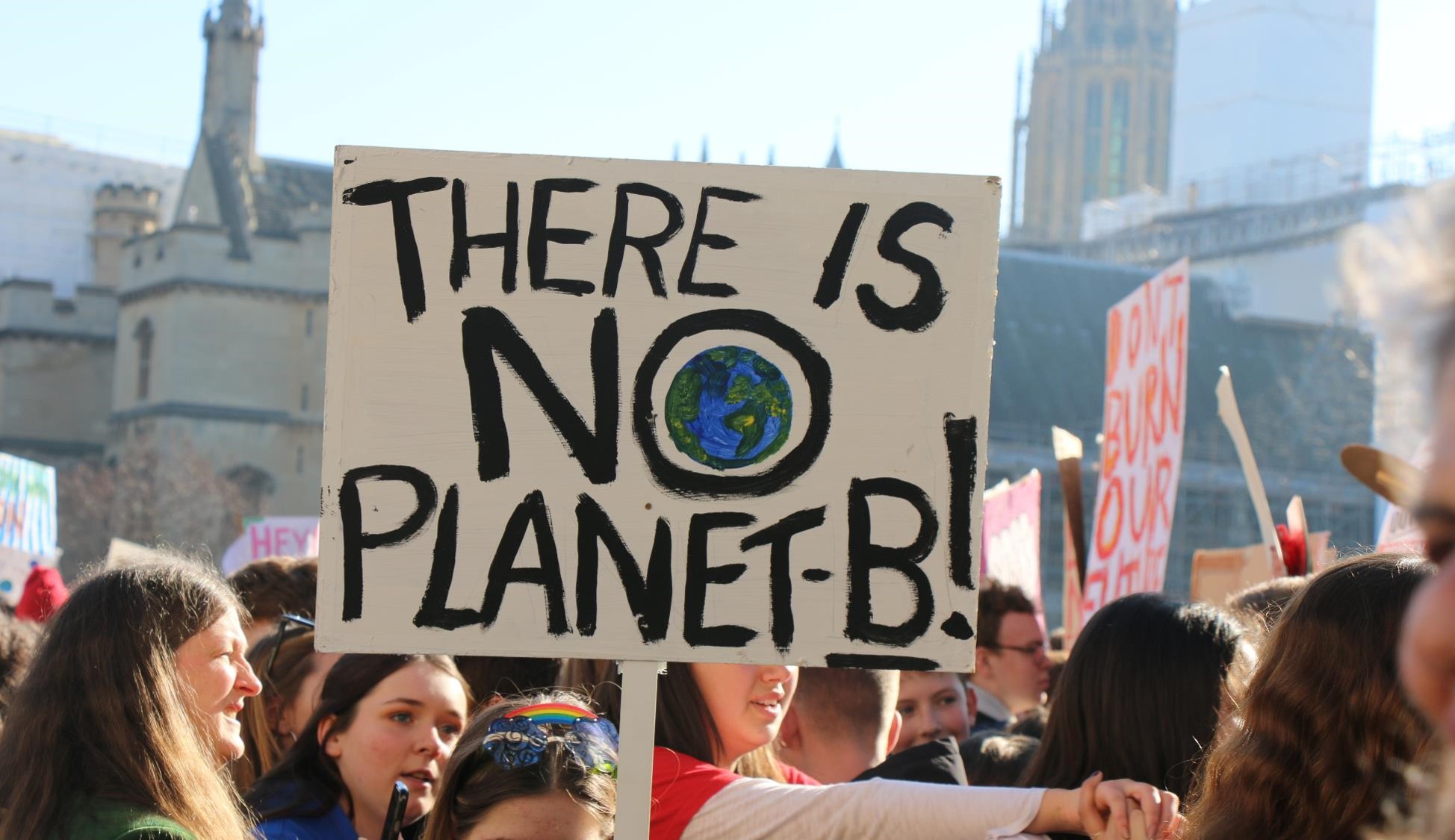 The viral nature of the movement, where young people can broadcast their concerns to millions, highlights the potency of a concoction both timeless and modern: the anger of youth and the organising power of social media.

“We have the most to lose out of all the generations, so when we see those older generations who are responsible for causing the problem not doing anything, knowing they’re not going to be the ones to experience it, that makes us really angry,” says Warren. “It’s that anger that motivates us.”

When Greta told the UN that “real power belongs to the people”, she couldn’t have known the extent to which that sentiment would define the next year of climate activism. What we don’t know yet is whether it’s enough. Enough power. Enough people.

Anti-science rhetoric and special interests have pushed us to the edge of climate chaos. But just as quantum physics disrupted our view of matter and energy, quantum social change disrupts our beliefs about what’s possible, how fast, and by whom.
us/Climate Protesters Delay Congressional Baseball Game
ByZach Roberts