Comment: Cuadrilla Has Failed in Lancashire, But Only a Full Ban Can End Fracking For Good

By Claire Stephenson, a campaigner with Frack Free Lancashire

The announcement by the Conservative government last week, proclaiming they are ending their support for the shale gas industry in the UK is long overdue. After years of gratuitous backing for fracking it seems the endless favours and goalpost-shifting has finally ended.

By placing a moratorium on fracking in the UK, the Tory government has effectively killed off the industry for good. Fracking was already on life support in Lancashire, with the final death throes arriving with a bellow on 26 August, Bank Holiday Monday. At 8.30am, a 2.9ML fracking-induced earthquake shook Lancashire and caused property damage in a widespread area. The Oil and Gas Authority were right when they stated that the industry has no ability to predict nor control seismicity during and after fracking.

From a local perspective, we truly believe there is no recovery for Cuadrilla in Lancashire. Since 2011, the company has set its sights on fracking the Bowland shale, trying to fulfil a pipedream of extracting the trillions of cubic tonnes of natural gas under our community. After nine years of attempting to get the gas out, they have produced virtually nothing. I think it’s fair to say that it would constitute an almost 100 percent failure rate. 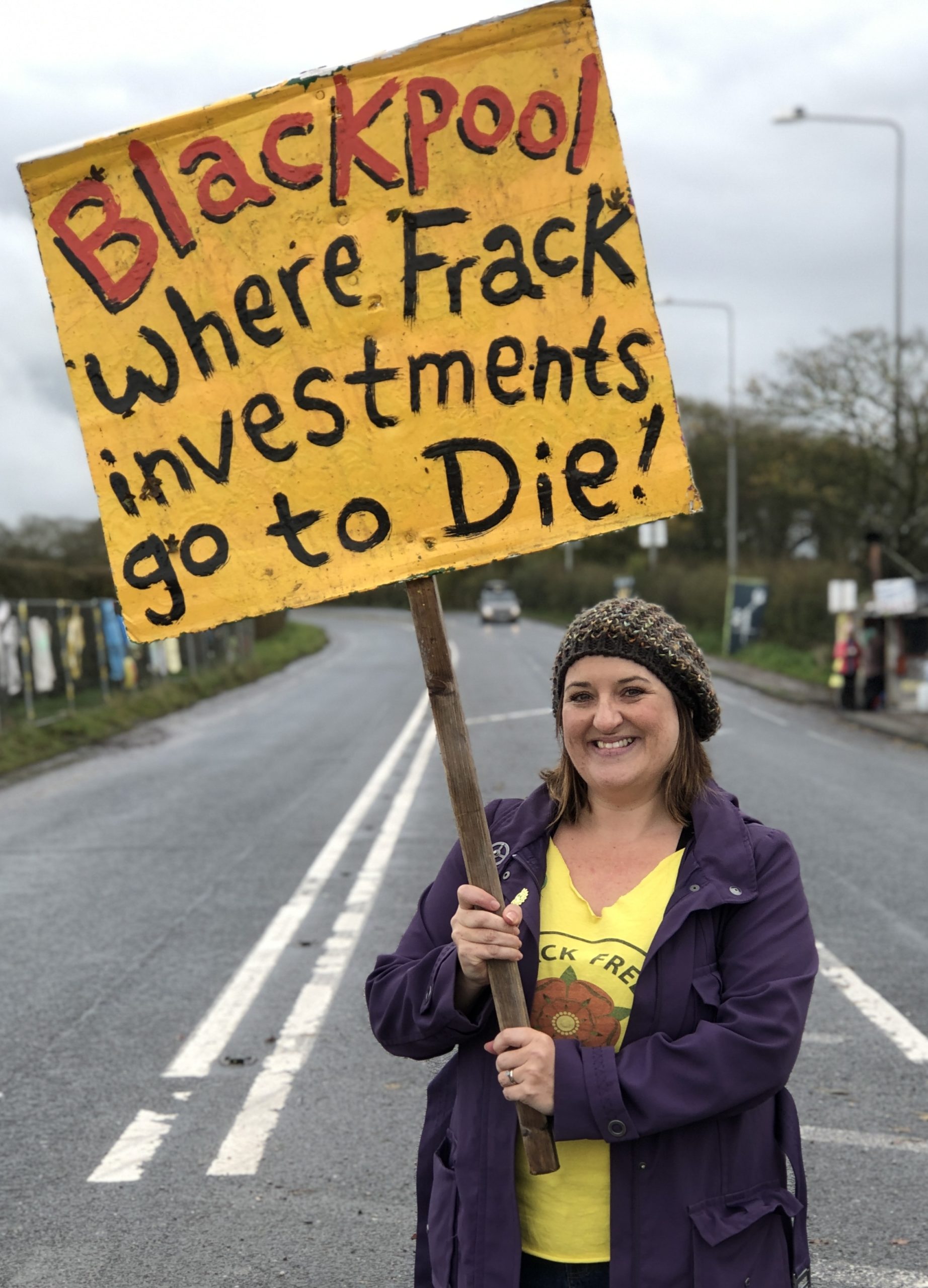 Huge amounts of investor and taxpayers’ cash has been thrown down muddy holes in our green and pleasant land. Policing costs have run into the many millions, with heavy protests ongoing for almost three years. The frackers’ public relations campaign alone has been a complete travesty, seeking to use astroturf groups to give the impression that fracking had support in Lancashire, when realistically, there was none.

Although we feel that this industry is finished, we are aware of our reality. With an election campaign about to head into full and dirty political propaganda swing, the government knew that fracking was a huge vote loser. Even the government’s own energy opinion tracker has shown that support for shale gas has diminished down to just 15 percent, while opposition has grown to 35 percent. With many marginal seats located in license areas, it would have been a highly contentious issue for candidates.

But our campaign has been about more than just shifting public opinion. We wanted something more permanent – a shift in fracking planning policy.

Back in March, campaign group Talk Fracking won a case in the High Court, against the government. Mr Justice Dove declared that the government’s planning policy on fracking was “…so flawed in its design and processes as to be unlawful.”

The case was centred around the point that the government had placed “great weight” on a Written Ministerial Statement with claims that shale gas is a “bridge” to a low carbon economy. These claims were found have no scientific basis. During the initial court hearing, the government’s chief counsel, Rupert Warren QC, was forced to admit that in fact, councils could reject fracking on climate change grounds.

For now, we have won. However, our campaign, position and motivation remains unchanged: we believe that only an outright ban on fracking is acceptable to protect residents and communities. Such a ban would need to include other forms of extreme fossil fuel extraction, like coal bed methane and acidization (or fracking-by-stealth). Until that ban is secured and permanent, we will keep pushing forward with our campaign.

Litigation has also begun against Cuadrilla, led by some residents who have incurred structural damage from the August earthquake. Cuadrilla offered paltry “goodwill” payments to property owners for the damage, without accepting liability, which is unacceptable.

Fracking is not a “bridge” to anywhere except exacerbating climate change. In the grips of a climate emergency, pursuing a new fossil fuel industry like fracking is nothing short of insanity.

All other major political parties are committed to an outright ban on fracking. The Conservatives have implemented a moratorium for now – electioneering or not – but we won’t stop until the job is finished. The moratorium is most welcome, but until a comprehensive and permanent ban on fracking is legislated for, our position and campaign remains unchanged.