In Oregon and Five Other States, Youth Are Making Legal Cases for Climate Action 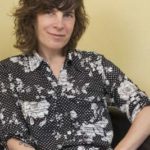 The Oregon Supreme Court heard arguments Wednesday, November 13 to decide the fate of one of a half dozen state-level climate lawsuits filed on behalf of American youth. The plaintiffs in the Oregon case, appealing a state appellate court decision in January, charge that the state has a public trust obligation to protect the atmosphere on behalf of future generations.

The case, Chernaik v. Brown, is being closely watched by legal, governmental, and advocacy interests from across the state, who have argued its merits and advocated for climate remedies on behalf of youth. In June, as previously, dozens of public agencies, advocacy groups, a regional chapter of the NAACP, and two local governments filed friend of the court briefs in support of the plaintiffs.

The case was also being closely watched by youth on Wednesday. The hearing was held in front of an audience of 322 students from high schools in and around Portland. The Oregon Supreme Court regularly holds hearings at schools as part of the Classroom Law Project, a charity effort to champion legal education. Joe Cornett, a teacher at David Douglas High School, said the climate case was chosen for its relevance to youth.

In Oregon, Students See the Legal Process up Close

Chernaik v. Brown was filed against the state of Oregon eight years ago by Olivia Chernaik, now 19, and Kelsey Juliana, 23, and their mothers. Governor Kate Brown is now the named defendant.

Their attorney, Courtney Johnson, argued the climate crisis is urgent, its effects are already harming the plaintiffs, and the court should declare the state has a duty to protect the atmosphere, in effect ordering action to reduce greenhouse gas emissions to a scientifically safe level.

“We’re not asking for a specific process here. There really are a number of things the state can do,” Johnson said. The state’s lawyer countered that any court directive ordering the state to aim for scientific targets would be a judicial overreach.

While the debate covered the finer points of whether the court should or should not compel the state to act on climate change, at least some students seemed more interested in the court’s decision than the arguments.

The first question following the hearing was this one: “If I were to come to present my case, would the wording be better if I were to say ‘climate crisis?’ Would that be more persuasive?”

Aminah Yusuf, a senior at David Douglas High School, said she was anxious to know the court’s decision. “I want to see how much they care about their citizens,” she said, noting Oregon could lead state-level climate action with the court’s ruling.

The scene was illustrative of the increasing disconnect between young people’s deep concern about climate change and the dispassion with which American systems have addressed those concerns. In one stark moment, the state’s attorney argued those unhappy with climate policy could simply vote for new leadership, an option that eludes a majority of the young audience.

And a question from one justice about how much Oregon could do about climate change, really, when India and China and the rest of the country were also polluting, mirrored language federal officials have used to justify withdrawing the nation from the Paris Agreement.

In a press conference following the state’s arguments, Juliana challenged Governor Brown for fighting the youth in court. Brown has expressed support for climate legislation but her administration has failed to meet its voluntary greenhouse gas reduction targets, or to adopt more stringent mandatory policies.

Asked the difference between battling the left-leaning Brown and President Trump in court, Juliana, who is also the namesake of the federal youth climate lawsuit Juliana v. the U.S., answered: Not much. “It feels a little similar,” she said.

The case is one in dozens filed across America against the federal and state governments on behalf of youth. It is part of a largely pro-bono effort coordinated by Our Children’s Trust, an Oregon-based nonprofit, in partnership with attorneys nationwide and also abroad. The plaintiffs in this case are represented by Crag Law Center.

The legal theory underpinning Chernaik v. Brown and other youth climate litigation derives from the public trust doctrine — the concept that natural resources are held in trust by governments that must protect them. It dates back to Roman times but has been asserted in American courts, mostly in cases to do with navigable waterways, and notoriously when the Supreme Court stopped the state of Illinois from giving the shore of Lake Michigan to a railroad company. The American judiciary has had mixed reactions to the approach, with numerous courts rejecting the idea that governments have an obligation to act on behalf of assets like the atmosphere. Judges have been more receptive to arguments that the federal and some state governments are active promoters of the fossil fuel economy, which promotes climate change and causes harm to youth.

In all, there are six states where such climate litigation is active. Of those, two — Alaska and Oregon — are now pending before state supreme courts, a Washington case is in the Court of Appeals, and cases in Florida and North Carolina have petitioned state environmental commissions for new rules. In Colorado, the state Supreme Court ruled in favor of the plaintiffs, but the state’s legislature subsequently changed the relevant law. Those plaintiffs are now involved in rulemaking to secure their rights.

“I think Alaska, Washington, Florida are really the model,” said Nate Bellinger, the state program manager for Our Children’s Trust, referring to cases that target government policies that promote fossil fuels and inadequate greenhouse gas emissions targets. He said the cases are “clarifying that states aren’t just sitting there, idly letting climate change happen,” rather, they are “acting to promote the fossil fuel energy system and setting targets that are legalizing dangerous levels of greenhouse gas emissions.”

Lee van der Voo is a journalist based in Oregon. Her forthcoming book about youth and climate change, As The World Burns, is scheduled for release by Timber Press in 2020.

Over the weekend, 16 people were arrested after trying to block the entrance to the Grant Town Power Plant, which burns pricey waste coal bought from Sen. Manchin’s company.

Over the weekend, 16 people were arrested after trying to block the entrance to the Grant Town Power Plant, which burns pricey waste coal bought from Sen. Manchin’s company.
us/Biden's Call to Increase LNG Export Capacity on Gulf Coast is Tantamount To Sarah Palin’s Call to ‘Drill Baby Drill’ According to Environmental Advocates
ByJulie Dermansky