Two of the Russian gas company’s subsidiaries are still active in UK and Dutch waters despite the ongoing Ukraine conflict.
By Christopher Deane and Rich Collett-White

Gazprom expects to continue exploring for new reserves in the North Sea, having paid itself a £28 million dividend from drilling operations in the area, its latest accounts show.

Subsidiaries of the Russian state-owned gas giant still have stakes in multiple fields more than nine months after the invasion of Ukraine began and despite its chief executive being under UK sanctions.

The company’s German partner in the projects, Wintershall Dea, has faced criticism in recent months for its continued involvement in the Russian fossil fuel industry.

When approached for comment, the UK government did not rule out awarding new licences to Gazprom but said its regulator had “strict processes” in place.

Gazprom International UK’s North Sea profits surged in the 2021 calendar year, with the subsidiary making a £36 million (€41 million) profit from £60 million revenue, compared with a £16 million (€18 million) loss and no dividend in 2020, due to “unfavourable market conditions”.

Profits are likely to have climbed even further this year as a result of rising gas prices, with a dividend paid out to its Kremlin-owned parent company in September, according to its annual report filed with Companies House last week.

The report, which makes no mention of the Ukraine conflict under business risks, states that the directors “anticipate that the Company will continue with exploration opportunities in the North Sea”.

Svitlana Romanko, founder of Ukrainian climate group Razom We Stand, said she was “shocked” that Gazprom was still being allowed to “fund Russia’s war machine” from North Sea profits.

“Justice must be done by the UK government, by ending business with Gazprom.”

Tessa Khan, executive director of environmental organisation Uplift, said: “How is it that, almost a year into the war, the UK government has yet to notice that Russia is still making money from UK oil and gas reserves?

“When the chancellor talks of looking for new ways to clamp down on Putin’s funding streams, this seems like a blindingly obvious place to start.”

Soon after the Ukraine invasion began, Chancellor Jeremy Hunt, then a backbench MP, tweeted that it was “unsustainable” for NHS trusts to continue buying energy from Gazprom.

At the start of December, Hunt announced a price cap on Russian oil alongside Western allies, pledging to “look for new ways to clamp down on Putin’s funding streams wherever we can”.

Gazprom, the world’s largest gas producer, has been prohibited from raising finance in London since the start of the conflict. Its chief executive Alexei Miller, and Mikhail Putin, a cousin of the president and deputy chairman of its management board, are both subject to UK sanctions. The company has faced tougher action from the United States but so far evaded European Union sanctions.

The North Sea Transition Authority (NSTA), the UK regulator previously known as the Oil and Gas Authority, is currently inviting applications for more than 100 new North Sea oil and gas licences, which the government argues will boost energy security.

Climate campaigners have fiercely criticised the move and experts warn that it will take years before any projects are in production.

A spokesperson said the NSTA did not comment on licence applicants but that “in order to ensure that only suitable companies are awarded licences, we have criteria focused on technical capability, corporate governance, fitness of licensees and persons exercising control and financial capability and capacity.”

A UK government spokesperson said: “In light of Putin’s illegal invasion of Ukraine and weaponisation of energy, the government has sanctioned Gazprom and the CEO as well as taken steps to end all imports of Russian fossil fuels including a ban of oil and oil products.

“These fields do not supply gas to the UK and the North Sea Transition Authority has strict processes in place for issuing licences.”

Gazprom and Wintershall Dea did not respond to a request for comment.

The Dutch government has been contacted for comment. Gazprom cut off supplies to partially state-owned Dutch gas trader GasTerra in May after it refused to pay in roubles.

Gazprom International UK holds nearly a third of the equity in the Sillimanite gas field, which sits across UK and Dutch waters and supplies the Netherlands directly through a pipeline.

Gazprom’s annual report, signed off at the end of November, says the field represents the company’s “principal activity” in the basin, but also states that it “does not have any physical presence” in the UK and therefore no greenhouse gas emissions to report.

In September, the subsidiary agreed to issue a dividend of 33 million euros (£28 million) to its “sole shareholder”, Gazprom International Projects BV, which has since been processed, the report says.

Both companies are ultimately owned by PJSC Gazprom, the Russian gas giant majority-owned by the Kremlin and usually referred to simply as Gazprom. PJSC Gazprom is also listed as the only “person with significant control” of Gazprom International UK on Companies House.

Both Gazprom International UK and Gazprom UK Resources, which has a legal address in Venezuela, are registered at separate offices in Fitzrovia, central London.

Gazprom and Wintershall Dea also have business interests in Russia, including a 50-50 joint venture in Siberia.

Wintershall Dea, Germany’s largest oil and gas company, has scaled back some of its Russia-connected activities since the Ukraine invasion, including its involvement in the controversial Nord Stream 2 gas pipeline.

But it has also faced controversies in recent months.

In July, German publication Tagsschau reported on internal documents stating that Gazprom sees Wintershall as “our biggest supporter in Europe” and expects their cooperation to result in “a stronger lobby” in Germany including “better protection against sanctions”.

Wintershall denied any knowledge of the communication strategy and said its communications were not designed in collaboration with Gazprom.

Wintershall Dea is owned by German chemicals giant BASF and LetterOne, a Luxembourg-based investment firm co-founded by Russian businessmen Mikhail Fridman and Petr Aven. The pair stepped down in early March after being placed under sanctions by the European Union, which accused them of having close ties to President Vladimir Putin. Both dismissed the allegations as false and defamatory. 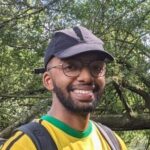