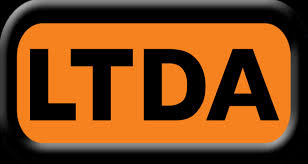 The Licensed Taxi Drivers’ Association represents licensed “black cab” taxi drivers in London, with a membership of over 10,000.

The LTDA has made supportive statements about London’s Ultra Low Emission Zone and the adoption of electric taxis. However, it has also lobbied for taxis not to be included in the charging zone and opposed a number of local air quality schemes in the city. It has also vocally opposed the introduction of low traffic neighbourhoods (LTNs) in London.

In October 2020 the LTDA and United Trade Action Group (UTAG), another group representing black cab drivers, brought a legal action against Transport for London (TfL)’s Streetspace scheme which provided funding and support for London Boroughs to introduce Low Traffic Neighbourhoods and other active travel measures. While the challenge was initially successful, it was later overturned by the Court of Appeal.

The LTDA provides members with legal representation and campaigns against “detrimental legislation”, according to its website.

The group has strongly criticised the company Uber, calling it “unscrupulous” and saying it displays “disgraceful conduct”. It supported Mayor of London Sadiq Khan’s decision to revoke Uber’s licence in the city in November 2019 and has blamed the company for a rise in congestion and air pollution.

The LTDA has organised a number of protests over the years, including outside the offices of the Evening Standard newspaper when former Chancellor George Osborne took over as editor.

The LTDA jointly funds the All Party Parliamentary Group on Taxis, along with the London Electric Vehicle Company and the taxi app Free Now. The APPG, whose secretariat the LTDA helps pay for, has held events on how to improve rapid charging infrastructure and increase the use of electric taxis but also works to “ensure that calls on the trade to modernise are balanced against its ability to survive”. It is chaired by Labour MP Wes Streeting and composed of both Labour and Conservative MPs.

The LTDA said it welcomed plans to introduce the Ultra Low Emission Zone in 2016, and has stated that the “most polluting towns and cities across the country must introduce CAZs [Clean Air Zones]”.

In a submission to the London Assembly Transport Committee, it noted research that found “motorised road traffic contributes 60% of particulate matter (PM10), 47% of nitrogen oxides (NOx) and 17% of carbon dioxide (CO2) emissions in London”. Its General Secretary Steve McNamara has also written about “tackling the climate emergency”.

When contacted by DeSmog, the LTDA said it was “fully committed to addressing air pollution in the capital” and said its drivers “understand only too well the need for action to address London’s toxic air, which they breathe every day”.

The LTDA has argued that London’s “already-poor air pollution problem” is being exacerbated by a “spiralling number of private hire vehicles (PHVs), decreasing road supply and an increase in the number of light goods vehicles”. It has claimed Uber drivers cause unnecessary pollution by “cruising” while looking for work.

In 2016, the LTDA called on the government to allow Transport for London to cap the number of private hire vehicles, arguing the growth in PHVs “simply leads to roads being clogged and further polluting London’s air”.

It has also participated in initiatives to raise awareness about the pollution caused by “engine idling” and urged the government to introduce a national diesel scrappage scheme.

However, its General Secretary has also claimed that the “cab trade’s contribution to the problem [of air pollution] is debatable”.

The group successfully opposed licensed taxis being included in the London ULEZ, arguing that they provide accessibility for wheelchair users. It told DeSmog licensed taxis “play a vital role in London, as the only form of 100% accessible transport and our world-renowned, knowledgeable drivers help keep the capital moving as efficiently as possible”.

The LTDA has also strongly criticised the lowering of the age limit on older taxis from 15 to 12 years, designed to speed up the adoption of cleaner vehicles. Transport for London adopted an LTDA proposal to exempt Euro V taxis converted to Euro VI from this change.

A Transport for London spokesperson clarified that the age limit on taxis would be phased in one year at a time.

Elsewhere, the group has criticised the retrofitting of taxis to run on liquified petroleum gas (LPG) as a “halfway house” and a “short term measure”. Responding to a select committee inquiry, it argued that “historically conversions of taxis to run on liquid petroleum gas have been unreliable” and that they would “not provide the same improvements to air quality” as “zero emission capable” taxis.

The LTDA has also resisted a number of local air quality schemes, encouraging its members to reply to consultations. For instance, the LTDA opposed plans to ban taxis, as well as lorries and cars, from Tottenham Court Road during the day, with the group’s General Secretary calling the scheme a “throwback to some 1960s pedestrian utopia”. He also said it would “cause pollution and chaos everywhere”. It has also opposed “Streetspace” schemes to boost walking and cycling, bringing legal challenges to the Mayor of London and Transport for London, according to TaxiPoint magazine.

It opposes a planned levy on drivers accessing Heathrow Airport and has worked with fellow taxi associations the London Cab Drivers Club and United Cabbies Group, and unions Unite and RMT, to challenge the “unacceptable” plans.

It also “raised concerns” with the City of London about what it describes as a “controversial” trial scheme to ban all but zero-emission vehicles from Beech Street, according to an article by LTDA Chairman Richard Massett. The group had previously expressed support for a “Low Emission Neighbourhood” in the area.

The LTDA has been supportive of efforts to increase the use of electric and Zero Emission Capable (ZEC) taxis, calling on the government to invest in more fast-charging points and provide financial assistance to those switching to electric taxis. It has partnered with the company Ohme to reduce power charging costs for taxi drivers.

Elsewhere it has criticised London boroughs for not providing enough charging points and said taxi drivers should be given access to underused charging hubs in bus garages.

It has also called on the government to exempt electric taxis from vehicle excise duty and argued the London ULEZ should apply the same standards on these vehicles for both licensed taxis and private hire vehicles.

In 2017, its General Secretary told the Evening Standard that by 2023 diesel taxis would be “a thing of the past”.

The LTDA told DeSmog the taxi trade had “invested over £200 million in ZEC vehicles”, which all new taxis in London are now required to be, since 2018 and “prior to the COVID-19 crisis, was continuing to invest at the rate of nearly £3 million per week”.

Although the LTDA has said it supports more segregated cycling infrastructure, it has also opposed some schemes, such as the Victoria Embankment “cycle superhighway”, arguing that they were “rushed through” and have a “massive detrimental effect on traffic movements and air quality”.

It celebrated the cancellation of a section of the “cycle superhighway” through West London, welcoming the decision of Kensington and Chelsea Council. The LTDA argued the scheme “would have had a serious impact on the ability of taxi drivers to do their jobs in that part of town” and said the move showed “what can be achieved by making your voices heard”.

It was also highly critical of cycling infrastructure plans while Boris Johnson was Mayor of London, calling them “barmy Boris’s barking mad bike scheme”. The group’s General Secretary claimed the policy would cause more congestion and “further worsen the atrocious air quality in London”.

The LTDA has opposed low traffic neighbourhoods (LTNs), most notably through its legal action against London’s Streetscape scheme, which was introduced by Transport for London (TfL) and the Mayor of London to create more space for people to “safely walk, cycle, scoot or wheel” during the COVID-19 pandemic. The LTDA has also expressed concerns about the potential impact of LTNs on the taxi trade and its customers in its newsletter and in the media.

The judge declared the Streetspace scheme as “unlawful”, saying: “It was possible to widen pavements to allow for social distancing and to allocate more road space to cater for an increase in the number of cyclists, without seeking to ‘transform’ parts of Central London into predominantly car-free zones”.

In response to the ruling, the LTDA’s General Secretary Steve McNamara said: “The taxi trade has been an integral part of London’s public transport network for centuries. With our growing fleet of zero emission capable vehicles, we now want [to] be part of its future and ensure London remains accessible and open to all”.

McNamara spoke with radio station LBC’s Nick Ferrari about the court’s decision, saying that the government “decided they were going to use this pandemic to push through their agendas of “’two wheels good, four wheels bad’”.

The following month, TfL announced that they had applied for permission to appeal the judgment, arguing that the schemes were improving road safety and “enabling social distancing and much faster journeys on public transport, reducing the risk of infection”.

TfL and the Mayor of London were granted permission to appeal the ruling in April, which the Court of Appeal upheld in June, thus leaving the Streetspace schemes intact. The LTDA has said it was “extremely disappointed” with the outcome and is considering whether to bring the case to the Supreme Court.

In the 29 June 2021 edition of the LTDA’s newspaper, LTDA General Secretary Steve MacNamara commented on the Court of Appeal’s ruling, saying: “How the Mayor can claim such a mandate after a relatively poor showing in the recent [mayoral] election is beyond me. Let alone when, across London, campaigners including local residents and disabled people, continue to fight these schemes and a number of councils have recently scrapped LTNs or announced fundamental changes to how they operate in response to local opposition. The Mayor may see this as a win but as far as I am concerned this makes it one all and the matter is far from over.”

In the 1 June 2021 edition of the LTDA’s newspaper, LTDA Chairman Paul Brennan commented on Sadiq Khan’s remarks regarding the Streetspace Court of Appeals victory and his 2021 re-election as Mayor of London, saying they represent a “double mandate” for continued investment in active travel schemes. Brennan said that existing schemes, including LTNs, have “near universally resulted in additional congestion”. Brennan also said that the schemes “rely on every day on London’s roads being a perfect day” and that LTNs and cycle lanes “cause havoc even on the very best of days”. Brennan also reiterated claims that LTNs negatively impact emergency service response times and that people “no longer feel safe walking in Low Traffic Neighbourhoods, especially in the evening”.

In February 2021, the LTDA pointed to the initial Streetspace ruling in a letter to Camden Council urging it to reverse taxi restrictions on Tottenham Court Road and Charing Cross Road. The restrictions are part of Camden Council’s West End Project, a £35 million scheme begun in 2015 and designed to “provide safer, greener and more attractive streets for residents,” visitors, and businesses.

The LTDA is solely focused on London.