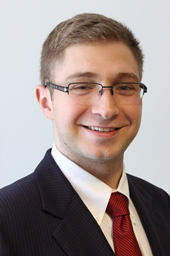 Alex Fitzsimmons was the Chief of Staff and Senior Advisor at U.S. Department of Energy (DOE) Office of Energy Efficiency and Renewable Energy (EERE) before getting promoted to Chief of Staff and Deputy Assistant Secretary for Energy Efficiency at DOE in February 2020. He transitioned from DOE to become senior program director at ClearPath in late 2020. [28], [29], [31]

Before joining the DOE, Fitzsimmons worked as the Manager of Policy and Public Affairs at the Institute for Energy Research (IER) and its advocacy arm, the American Energy Alliance (AEA) from 2013 until 2016. IER is a 501(c)(3) nonprofit focusing on “free-market energy and environmental policy” that has received funding from Koch-owned foundations, and over $300,000 from oil giant ExxonMobil. [1], [2], [3]

As E&E News reported, Fitzsimmons is the third DOE hire in the Trump administration to have had a history working at IER, with others including Travis Fisher and Dan Simmons. [22]

In addition to managing “research, communications, and outreach” at IER/AEA, Fitzsimmons was also a “spokesman” and Communications Director for Fueling US Forward (FUSF), a group known for attacking the clean energy industry and promoting the “positives” of fossil fuels. DeSmog’s microsite Koch Vs. Clean documents efforts by the Koch Network and FUSF to combat electric vehicles and other clean energy innovations. [4], [5], [6], [7]

Fitzsimmons was a former News Analysis intern at the Media Research Center (MRC). MRC is heavily funded by the Mercer Family Foundation and other conservative groups including the secretive DonorsTrust and Donors Capital Fund. [8], [9]

While Alex Fitzsimmons does not appear to have a clear statement regarding his views on climate change, he consistently opposes regulations and has criticized the Obama EPA‘s Clean Power Plan as doing “nothing to address climate change”: [10]

“The final [carbon] rule is even worse than the proposal: it is still an illegal assault on states, it raises electricity prices even more than originally thought, it poses an even larger threat to the electric grid, and it still does nothing to address climate change. Now more than ever, states should reject President Obama’s costly carbon agenda and refuse to submit state plans.” [10]

Fitzsimmons spoke with a Forbes energy reporter about a newly proposed Department of Energy rule that would permit the continued sale of incandescent light bulbs indefinitely. The proposed rule was a reversal of an earlier law that would have removed the less efficient bulbs from the lighting market by January 2020. [27]

“Preserving consumer choice does not harm consumers, period. […] Our rigorous economic analysis shows increasing standards on incandescent light bulbs would not be economically justified because consumers would not be able to recover the cost of their investment because more stringent standards would make these light bulbs 300 percent more expensive. More stringent standards would effectively regulate incandescent light bulbs out of existence and DOE is not in that business.” [27]

Reacting to DOE’s decision and Fitzsimmons’s stated rationale, a Program Director for the American Council for an Energy-Efficient Economy told Forbes that the new rule would encourage consumers to:

“purchase a product that’s going to cost them more and that they’re going to have to replace more often, and that is going to put out significantly more pollution emissions and carbon emissions that will then impact that consumer, their family and all of the other citizens in the country.” [27]

“[T]he president’s climate agenda doesn’t just live-or-die on subsidies like the wind PTC, but also depends on the boom-and-bust cycle created by government dysfunction around whether to keep the subsidies flowing. Congress should end this madness once and for all by refusing to revive the wind PTC in any tax extenders deal. That would eliminate welfare for wind lobbyists and help protect the American people from part of President Obama’s costly climate agenda.” [11]

“EPA’s regulatory agenda contradicts itself while imposing enormous economic costs on Americans, all while air quality continues to improve without further federal intervention. For these reasons, EPA should withdraw its ozone and carbon dioxide rules.” [12]

“If [Dennis] McGinn is truly interested in taking ‘the politics out of something which is essentially a national security issue,’ as he puts it, he should embrace the American shale revolution.” [13]

Fitzsimmons became senior program director at ClearPath in late 2020. According to its website, ClearPath’s “mission is to develop and advance conservative policies that accelerate clean energy innovation.” [31], [33]

Natural gas and nuclear are among the energy sources promoted by ClearPath as “cleaner AND more reliable.” [34]

Fitzsimmons gave a keynote speech at the Ohio Next Energy Summit. He stated, “I think if I’m looking at high growth opportunity areas, or certainly areas that the DoE has prioritised, we are putting a heavy emphasis on areas like energy storage, in areas like critical minerals and in areas like circular economy.” [30]

Contrary to the stance of organizations he previously worked for like the Institute for Energy Research (IER) and its advocacy arm, the American Energy Alliance (AEA), Fitzsimmons commented on renewables and electric vehicles as part of the future of the energy system:

“When you talk about the future of our energy system, it’s changing dramatically,” Fitzsimmons said.

“And it’s been changing much faster than people anticipated. I mean, five, ten years ago, no one would have guessed that the United States would be the number one producer of oil and natural gas in the world, exporting LNG to 36 countries.

“And the big challenge moving forward because of this rapidly evolving system, at least in the electricity generation side, is less about having affordable kilowatt hours of electricity—because we have a lot of low-cost sources of supply—the bigger challenge moving forward is going to be how do you integrate all of these new technologies together in a way that maintains an affordable, reliable, resilient and clean energy system. And that’s where technologies like energy storage come into play.”

E&E News reported that Fitzsimmons had joined the DOE‘s Office of Energy Efficiency and Renewable Energy as a senior advisor, making him the third former IER employee to join the DOE. [22]

“The IER alumni are significant given DOE is facing steep budget cuts, possible layoffs and reorganization and is conducting a review of baseload power and energy subsidies,” E&E News‘s Hannah Northey reported.  [22]

DeSmog noted that the AEA had called for the EERE to be eliminated in 2015, while Fitzsimmons had been working for the group. [26]

Alex Fitzsimmons spoke at the 2017 Pink Petro HERWorld Energy Forum, an event sponsored by FUSF and a variety of energy companies. [19]

HERWorld took place on International Women’s Day and addressed the “the energy transition, digital technology, workforce needs and opportunities, and the gender gap.” [20]

Fitzsimmons published an article in The Atlantic titled “Will Humans Run Out of Fertilizer?” which outlines benefits of fertilizer. Fitzsimmons originally failed to disclose his connection to Fueling U.S. Forward, a group advocating for the fossil fuel industry, which benefits from the production of synthetic nitrogen, the main component of fertilizer.  The editor’s note reads as follows: [24]

This article originally failed to disclose that the author is an analyst and spokesperson for Fueling U.S. Forward, an organization that advocates for the use of domestic oil and natural gas. We’ve updated the article to reflect that affiliation and regret the error. [24]

Alex Fitzsimmons, listed as affiliated with Fueling US Forward, sat down with Charles Drevna to discuss the “future of American Energy.” The talk was posted live on the RedState Facebook page. [14]

“The final rule is even worse than the proposal: it is still an illegal assault on states,” Fitzsimmons wrote in one article.  ”[I]t raises electricity prices even more than originally thought, it poses an even larger threat to the electric grid, and it still does nothing to address climate change. Now more than ever, states should reject President Obama’s costly carbon agenda and refuse to submit state plans.”

“We have all faced the misconception that free markets lead to unchecked pollution, deforestation, and waste,” the event description reads. “When those questions come again, how will you respond?” [25]

According to Alex Fitzsimmons, the EPA‘s efforts to regulate ozone is unnecessary and the link between ozone and asthma is unfounded. “In fact, EPA may actually make asthma worse” Fitzsimmons writes. “EPA should rescind its proposed ozone rule. This rule could exacerbate the public health problem it is trying to mitigate and impose enormous economic burdens on American families.” [15]

After the Interior Department released plans to propose a wilderness designation for a large section of the Arctic National Wildlife Refuge, Fitzsimmons announced an Institute for Energy Research “fact sheet” designed to “provide readers with information about Alaska’s enormous energy potential and the threat posed by the Obama administration to responsible energy development.” [16]

In an interview with BBC about wind power and its effect in China, Fitzsimmons described wind as “scarce, expensive, unreliable” technology that would create transmission challenges to countries such as China, and does little to lower emissions over natural gas. Video below. [23]

“OSHA’s proposed rule not only threatens to undermine hydraulic fracturing operations responsible for America’s domestic energy boom, but it is also a disservice to the workers that OSHA is obligated to protect,” he writes.  [17]

After Ret. Vice Adm. Dennis McGinn, then confirmed as assistant secretary of the Navy for energy, installations, and the environment told Politico that the U.S. needed to advance biofuels, Fitzsimmons said he should instead “embrace” fracking. He wrote in an IER article titled “McGinn Steers Navy Toward Green Energy Iceberg”: [13]

“If [Dennis] McGinn is truly interested in taking “the politics out of something which is essentially a national security issue,” as he puts it, he should embrace the American shale revolution.”

Alex Fitzsimmons contributed to an IER post that claimed that green jobs are costing “$11 million per job.” [18]

“As the economy continues to suffer and dollars for federal programs get harder to come by, it is getting increasingly difficult to defend a program that costs so much and produces so little,” the article claims. [18]