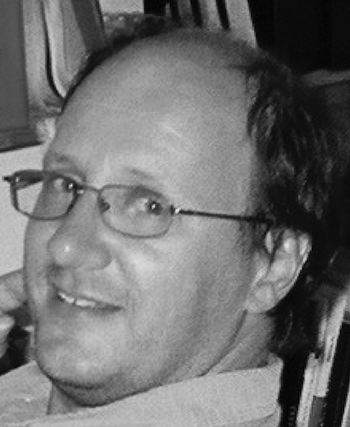 His areas of specialization include cyclostratigraphy, sedimentology, and Cretaceous stratigraphy. Since 2001, Prokoph has owned the consulting business SPEEDSTAT, which specializes in research support—image and data analysis, computer modeling, and software development—in Earth and environmental science. [3]

“Even the IPCC knows about [the urban heat island effect], and tried to adjust for it, but as [Ross] McKitrick mentioned, they adjust poorly for it…” (See video of his speech at the Heartland Institute’s ICCC1 below).

Prokoph spoke at Heartland Institute‘s Fourth International Conference on Climate Change in Chicago, Illinois. His speech was titled “Mismatch of Carbon Dioxide and the Earth’s Temperatures: 35 Million Cyclicity Over the Last 420 Million Years”: [9], [13]

Prokoph was a speaker at the Heartland Institute’s First International Conference on Climate Change (ICCC1). [10]

Andreas Prokoph is listed on the “60 scientists letter to Stephen Harper” as Andreas Prokocon, however in a search of publications this name does not exist. [11]

Prokoph’s email address is [email protected], so it is safe to assume this Andreas is one and the same.

According to a search of 22,000 academic journals, Prokoph has published over 20 research articles in peer-reviewed journals, mainly on the subject of sedimentology.

A search of Google Scholar finds that Prokoph has co-published published a number of research papers in conjunction with climate change skeptic RT Patterson.