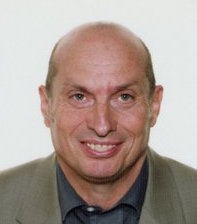 Dr. Bernard Beauzamy is a French former University professor and the founder of the Mathematical Calculation Society SA (“Société de Calcul Mathemåtique — SCM for short), a group that claims to provide “mathematical tools” for fraud detection. The group started as a nonprofit organization in 1987, and became a commercial company in 1995. [2]

The SCM released a September, 2015 white paper (PDF) claiming that climate change is not caused by man, and that reducing CO2 emissions “serves absolutely no purpose.“ [3], [4], [5]

According to a statement of “the facts” by Bernard Beauzamy’s Mathematical Calculation Society: [5]

“There is not a single fact, figure or observation that leads us to conclude that the world‘s climate is in any way disturbed‘. It is variable, as it has always been, but rather less so now than during certain periods or geological eras. Modern methods are far from being able to accurately measure the planet‘s global temperature even today, so measurements made 50 or 100 years ago are even less reliable.

Concentrations of CO2 vary, as they always have done; the figures that are being released are biased and dishonest. Rising sea levels are a normal phenomenon linked to upthrust buoyancy; they are nothing to do with so-called global warming. As for extreme weather events – they are no more frequent now than they have been in the past. We ourselves have processed the raw data on hurricanes.

We are being told that ‗a temperature increase of more than 2ºC by comparison with the beginning of the industrial age would have dramatic consequences, and absolutely has to be prevented‘. When they hear this, people worry: hasn‘t there already been an increase of 1.9ºC? Actually, no: the figures for the period 1995-2015 show an upward trend of about 1ºC every hundred years! Of course, these figures, which contradict public policies, are never brought to public attention.”

“[O]ur knowledge of the general climate of the planet is so small that statements such as the ‘hottest decade for the planet’ are scientifically meaningless.” [6]

Bernard Beauzamy is listed as a “Founding Member” of group named Climate Exit (Clexit) led by climate change denier Christopher Monckton. According to Clexit’s founding statement (PDF), “The world must abandon this suicidal Global Warming crusade. Man does not and cannot control the climate.” [13], [14]

Desmog reports on how the group grew in the wake of the UK‘s decision to leave the EU. A key member of Clexit’s “60 well-informed science, business and economic leaders” is Hugh Morgan, a former board member of the Reserve Bank of Australia and former CEO of Western Mining Corporation with close ties to Australia’s Liberal party. [15], [16]

“If the Paris climate accord is ratified, or enforced locally by compliant governments, it will strangle the leading economies of the world with pointless carbon taxes and costly climate and energy policies, all with no sound basis in evidence or science […]” [14]

Bernard Beauzamy’s Mathematical Calculation Society is responsible for a white paper titled “The battle against global warming: an absurd, costly and pointless crusade.” [5]

The paper was picked up and promoted by Marc Morano at the Climate Depot, a website run by the fossil-fuel-industry-funded Committee for a Constructive Tomorrow (CFACT) that regularly publishes articles skeptical of man-made climate change. [4]

Bernard Beauzamy attended a conference organized by the “Ligue de défense des conducteurs au Sénat” where he said that a decrease in speed limits by 10 km/hr would “create 100,000 more unemployed.” [7]

He clarified that “it was a joke” but that there was a “theoretical link between the loss of productivity of a business and time lost by employees on the road.”

Bernard Beauzamy wrote a letter in the Financial Times where he claims that our “knowledge of the general climate of the planet is so small that statements such as the ‘hottest decade for the planet’ are scientifically meaningless.” He writes that “the part of the earth that is covered by [meteorological stations] is still extremely small; for instance, we know almost nothing about temperatures in the oceans in general, or in high atmosphere.” [6]

Peter Stott, Head of Climate Monitoring and Attribution at the  Met Office Hadley Centre in Exeter, UK writes that “Contrary to Bernard Beauzamy’s assertions (Letters, December 11), there are sufficient observations over the surface of the earth to be able to conclude, with high confidence, that the decade about to finish (2000-2009) is the warmest decade in the instrumental record going back to 1850.” [8]

According to Stott, “the conclusion from such data, when combined with other observations such as widespread melting of snow and ice and rising global average sea level, is inescapable; warming of the climate system is unequivocal.”

While Bernard Beauzamy appears to have produced over 100 papers in mathematics (Statistics, Probability Theory, and Analysis), he does not appear to have published any peer-reviewed papers in the area of climate science. His CV lists a total of 116 publications in reviewed journals. [9], [10], [12]

He has also produced a number of books, available at Amazon, in the area of mathematics. [11]