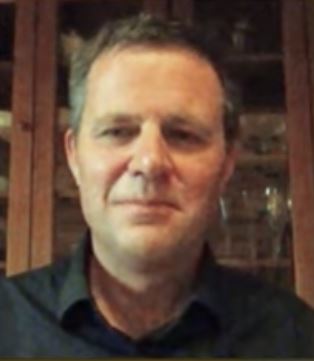 Bernie Lewin describes himself as a “historian of science” from Melbourne, Australia, and the author of climate disinformation blog, Enthusiasm, Scepticism, Science. The blog starts from the premise that “there is insufficient evidence to make the claim that CO2 emissions are causing catastrophic global warming.”[1]

Lewin has a bachelor’s degree in social science, and a graduate diploma in information management, according to his LinkedIn profile. On his blog’s “About” page, he notes that he is “not an academic.” [1], [2]

Lewin occasionally contributes content and reports to the Global Warming Policy Foundation (GWPF), a group that opposes climate change regulations and claims carbon dioxide has been “demonized.” He is the author of the book “Searching for the Catastrophe Signal: The Origins of the Intergovernmental Panel on Climate Change”, published by the GWPF at the end of 2017. The book argues that the IPCC was created to deliver a “catastrophe signal” that “policy elites” needed to implement a climate change treaty. [3], [4]

Lewin has also authored a paper on the work of climatologist Hubert Lamb for the GWPF, arguing that he was “an early climate skeptic.” He has also contributed to climate science denial blog Watts Up With That.  [4], [5]

“ I have always been sceptical of the science behind anthropogenic global warming (AGW). But I have mostly been quietly sceptical. […]

“I was shocked at the appalling condition of [climate] science. And I was saddened that this scare had become so completely identified with the environmental movement…and finally, I came to realise the danger to environmentalism of the back-lash when the bubble inevitably burst and the deception was exposed.”

“That this [global warming] scare continues to evolve is all too evident when we consider that there has never been a greater impact on energy policy for major economic players like Germany, Britain and Australia. And this impact is in direct opposition to what would be our agreed economic, political and security interests if there were no scare. Make no mistake, this is a major social phenomenon, the full power of which we are only coming to appreciate as it arises stronger from every successive blow to its credibility,” Lewin wrote at his blog. [6]

Lewin published a GWPF paper on the work of climatologist Hubert Lamb. The paper has a foreword by US climate science denier and GWPF member Richard Lindzen.  [4]

Lewin authored a post for US climate science denial blog, Watts Up With That, in which he described climate change as a “scare” and “public panic” driven by climate scientists, and supported by political institutions. [5]