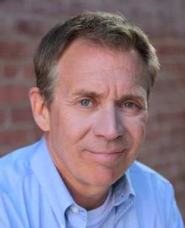 *The AMS Seal of Approval is a discontinued credential that does not require a bachelor’s or higher degree in atmospheric science or meteorology to attain it. [16]

**Note that while Sussman states that he attended the University of Missouri, it is unclear if he completed the degree. [2]

Brian Sussman is a meteorologist and radio and television weatherman. Formerly serving as a fill-in TV weatherman at the CBS Morning Show with Harry Smith in the 1990s, Sussman transitioned to radio in 2001 where he began as a guest at San Francisco’s KSFO–AM. He now hosts KSFO‘s Morning Show, and has also been known for programs including Right Thinking from the Left Coast, and The Brian Sussman Show. [2], [11]

He maintained a personal website at godgunsandgold.com, now redirected to BrianSussman.com, as well as websites promoting his books: TheClimateGatebook.com and Eco-Tyranny.com. He also ran a blog on the KSFO website.

Sussman has been a proponent of the “Birther Conspiracy” regarding President Obama’s heritage and he has promoted other theories including the discovery of the real Noah’s Ark. [3]

“For many decades, communists, socialists and the global elite have tossed a dizzying array of predicaments into American culture; that carbon dioxide emissions generated by mankind are ruining the planet, is their greatest assertion yet.” [4]

“The global temperature is rigged to read warm. I revealed this fact in Climategate in 2010. I restated it in Eco-Tyranny in 2012. Today the Daily Mail verifies my work via government whistleblower,” Sussman wrote at his websites TheClimateGateBook.com and Eco-Tyranny.com.  [20]

The article he references is “Exposed: How world leaders were duped into investing billions over manipulated global warming data” by UK journalist David Rose. In a review, the Independent Press Standards Organisation (IPSO) found that The Daily Mail had “failed to take care over the accuracy of the article” and “had then failed to correct these significantly misleading statements.” Sussman does not reference the IPSO ruling in either of his posts. [22]

Speaking on a Fox News program, Sussman claimed that “[…] the temperature record of the earth is clearly rigged.” [5]

Writing at Eco-Tyranny.com, Sussman claimed there is no link between hurricanes and climate change: [17]

“Hurricanes, one of the favorite proofs that advocates of anthropogenic global warming use to validate their claims, have become earth’s biggest bogeyman.

“Reporters can call names, senators can make unfounded pronouncements, the Terminator can pump his biceps, and the U.N. can hold conferences on impending doom, but the only consensus regarding the connection of hurricanes and global warming is that there is no connection between the two.

However, like slick slip-and-fall lawyers, the Marxist elites pushing their social engineering agenda are not about to let a few facts thwart their plans. There’s too much wealth at stake that needs to be spread around.”

Writing at his blog on TheClimateGateBook.com, Sussman declared:

“All one needs to see through the global warming scam is a rudimentary understanding of science, a decent grasp of mathematics, respect for the scientific method, and the willingness to engage in a little research. Together, those attributes will allow anyone to see that the theory of anthropogenic global warming is about as sturdy as a two-legged stool.” [6]

In a post titled “Everything you need to prove Earth Day’s A Crock,” Sussman wrote at TheClimateGateBook.com:

“EARTH DAY DENIGRATES CAPITALISM, AND MAN On this date in 1970, a trio of radical dreamers established Earth Day, an annual event designed to assault capitalism, free markets, and mankind.” [7]

MediaMatters archived a broadcast of Clear Channel’s The War Room with Quinn & Rose where, regarding the victims of Hurricane Katrina, although he admitted he was starting to sound “callous,” he said “you shouldn’t put the military or the national guard in danger because some knuckelheads didn’t decide to evacuate.” [8]

Sussman maintains a portion of his website, TheClimateGateBook.com, where he has an open invitation to debate Al Gore. He wrote:

“The most amazing thing were my encounters with the absolute fools who are following global warming’s poster boy, Al Gore. They clearly don’t know how to think for themselves. I’m sure if they would honestly and openly read my book, they would realize they are being totally played.” [9]

Brian Sussman was among dozens of the individuals and organizations profiled in DeSmog’s Disinformation Database who posted online or gave interviews about the events surrounding the Jan. 6, 2021 Capitol insurrection. Some posted claims of election fraud, similar to those that drove the Stop the Steal rally on Jan. 6. Some circulated dubious information about the insurrection itself. DeSmog has preserved a selection of notable posts related to the events of Jan. 6, 2021, including some that were later deleted or removed.

On Jan. 15, 2021, Sussman published a blog post labeling the Capitol insurrection a “false flag ‘siege’ and warning that there would be more “‘armed protests’ fake news” leading up to Biden’s inauguration on Jan. 20, 2021. [26]

On Jan. 20, Sussman wrote a Facebook post that he said would be his final social media post, in which he described a “coup which has allowed evil progressives to plunder the reigns of Washington D.C.” and advised readers to “prepare as you would for any long-term natural disaster” and to “Consider your 2nd Amendment rights while they remain intact.” The Second Amendment to the US Constitution establishes the right to bear firearms.

The Bible verse, referenced at the end of that post, reads, in the King James version: “For we wrestle not against flesh and blood, but against principalities, against powers, against the rulers of the darkness of this world, against spiritual wickedness in high places.”

Sussman has since continued to post new blogs on his website, including this on Feb. 2, 2021 (excerpt below): [27]

Appearing in Marc Morano’s 2020 film Climate Hustle 2: Rise of the Climate Monarchy, produced by the Committee for a Constructive Tomorrow (CFACT), Sussman commented on environmental initiatives: [25]

“It’s not about. Fresh air. It’s not about clean water. It’s about a political agenda that is meant to hammer America first,” Sussman claimed.

Writing at Eco-Tyranny.com, Sussman describes the connection of hurricanes to climate change, in the wake of hurricane Harvey and Irma, as “Another green lie is being spread by those beholden to the anthropological climate change meme.” [17]

He cited the late William Gray as “unquestionably the world’s foremost hurricane forecaster,” who had said of hurricane activity that “we all don’t think this is human-induced global warming.” [17]

Note that, in August of 2017, climate scientist Michael E Mann wrote: “There are certain climate change-related factors that we can, with great confidence, say worsened the flooding [of Hurricane Harvey].” [18]

When senators urged public school teachers to reject a 2015 climate change denial book and materials that the fossil-fuel-funded Heartland Institute had distributed to 200,000 U.S. science teachers, Sussman came to the book’s defense: [19]

“These political con artists claim they’re banning a book questioning human-induced global warming in the name of science, hoping the American people are unfamiliar with the scientific method,” Sussman said of the senators calling for the book’s rejection. [19]

Sussman declared that a new piece in the UK‘s Daily Mail by a “government whistleblower” had verified his work. [20]

“The global temperature is rigged to read warm. I revealed this fact in Climategate in 2010. I restated it in Eco-Tyranny in 2012. Today the Daily Mail verifies my work via government whistleblower,” Sussman wrote.  [20]

The article he references is “Exposed: How world leaders were duped into investing billions over manipulated global warming data,” written by UK journalist David Rose. [21]

As DeSmog UK reported, the Daily Mail was forced to publish a correction for Rose’s article after the Independent Press Standards Organisation (IPSO) ruled that the paper had “failed to take care over the accuracy of the article” and “had then failed to correct these significantly misleading statements.” [22]

Brian Sussman was a speaker at the Heartland Institute‘s 7th International Conference on Climate Change (ICCC7). [23]

His speech, titled “Global Whining” can be viewed below.

DeSmogBlog researched the co-sponsors behind Heartland’s ICCC7 and found that they had collectively received over $67 million from ExxonMobil, the Koch Brothers and the conservative Scaife family foundations. [24]

“Eco-Tyranny is the book Barack Obama, Al Gore, Nancy Pelosi, Greenpeace, and EarthFirst do not want you to read,” the description reads.

“Eco-Tyranny exposes the red roots of the green movement and conclusively illustrates how its deceptive branches have now extended into every of aspect of American life.

“Want to know why the price of gasoline, electricity, and lumber is so expensive?  It’s in Eco-Tyranny.” [12]

WND Books is the book publishing division of WorldNetDaily (WND), a news website founded in 1997 by Joseph Farah. WND Books, under its former name Word Ahead Publishing, notably sponsored a “The Sky’s Not Falling” video/essay contest in 2008, named after the book the book by Holly Fretwell, The Sky’s Not Falling: Why It’s OK to Chill About Global Warming. [13], [14], [15]

Sussman released his book, Climategate: A Veteran Meteorologist Exposes The Global Warming Scam, in which he argues that climate change is independent of human activities.

Sussman maintains a website promoting the book which includes a blog where Sussman regularly publishes articles promoting “Climategate,” and questions the science behind man-made climate change.

Sussman signed the “Statement by Atmospheric Scientists on Greenhouse Warming,” published by the Science and Environmental Policy Project (SEPP).

The statement objected to the United Nations Conference on Environment and Development Earth Summit planned for Rio de Janeiro in June 1992. [10]