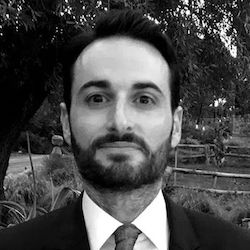 Chris Fink was the president of the Americans for Prosperity Foundation (AFPF) from 2009 until 2018. He currently serves as president of the Fink Family Foundation and Fink Solutions, and as the COO of the Human Rights Foundation. He is the son of Richard Fink, former executive vice president and member of the board of directors of Koch Industries, Inc. His father is a co-founder of the Koch-funded Mercatus Center. [2]

Before he joined AFPF in 2009, Fink was chief operations officer and co-owner of Johnson & Fink Enterprises, a marketing company that served his other co-owned business, Johnson & Fink Mortgage. [1]

Americans for Prosperity’s 501(c)(4) arm has consistently pushed for “abundant, affordable energy” while dismissing climate change as “alarmist propaganda.” This continued to take place during the time Fink was president of the AFP Foundation. [3], [4], [5]

“To be sure, government must play a part in disaster preparedness, public safety, and relief efforts. But it should be a supporting role, not a directing one.

The stunning coordination of neighbors helping neighbors proved [Alexis de] Tocqueville’s theory that Americans have combatted the pitfalls of individualism ‘with freedom, and they have defeated it.’”

Americans for Prosperity, while Fink was president of the closely-tied AFPF, co-signed a letter supporting an anti-carbon tax resolution from House Majority Whip Steve Scalise (R-La.) and Rep. David McKinley (R-W.Va). AfP was represented on the letter by Brent Wm. Gardner. [7]

“We oppose any carbon tax. We oppose a carbon tax because it would lead to less income and fewer jobs for American families,” the letter read. “We support the House Concurrent Resolution in opposition to a job-killing carbon tax and urge members to co-sponsor and support this effort.” [7]

The resolution would call a carbon tax “detrimental to the United States economy.” E&ENews reported it was similar to a measure that passed the House in 2016. Rep. Carlos Curbelo of Florida, co-chairman of the Climate Solutions Caucus, said he would not vote for the resolution. [8]

“Protecting our environment and economic growth are not mutually exclusive,” he said in a statement. “The resolution presents a false choice.” [8]

The Citizens’ Climate Lobby (CCL) issued a point-by-point rebuttal of the measure when it was first introduced. [9]

“Raising the gas tax is a bad idea. It will make the burden of government on families and businesses heavier,” the coalition open letter read. While the Trump administration’s infrastructure proposal did not include a gas tax increase, AfP noted that several increases had been proposed. [10]

Mother Jones reported that a confidential document left behind at a Koch Brothers’ donor conferences  “suggests a close collaboration between officials of Koch Industries, AfP, and Freedom Partners, whose staff and board are stacked with numerous current and former Koch Industries employees.” [11] The document also highlighted several previously unknown donors.

According to the document, Chris Fink and his father Richard Fink were among AfP officials called to attend one-on-one sessions at the conference. [11]

Freedom Partners spokesman James Davis told Mother Jones he was “uncertain” about the document and did not respond to further questions. [11]

Chris Fink is listed as an author at the Heritage Foundation’s The Daily Signal where he has one article dated September 2017.