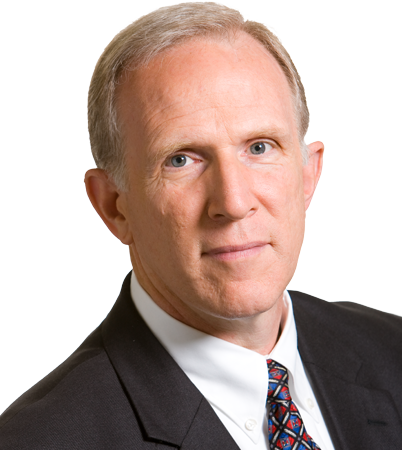 David W. Kreutzer is a senior research fellow at the Heritage Foundation‘s Institute for Economic Freedom and Opportunity. He is a former economics professor and taught at James Madison University from 1984 until 2007. [2]

Kreutzer briefly served as the mayor of Dayton, Virginia, from 2003 to 2004. Kreutzer was a visiting economist at the U.S. Food and Drug Administration in 1994. [2]

From 2007 to 2008, Kreutzer was an economist for Berman and Company, a public affairs firm owned by Richard Berman, a lobbyist notorious for setting up an extensive network of front groups to serve industry. [1]

Kreutzer was also a member of Donald Trump‘s landing team for the US EPA. According to The Washington Post, Kreutzer played a key role in writing and shaping an executive order on energy policy issued by Trump which dismantled a White House working group on the social cost of carbon. [1], [3]

According to a report Kreutzer co-wrote at The Heritage Foundation: [4]

“No consensus exists that man-made emissions are the primary driver of global warming or, more importantly, that global warming is accelerating and dangerous.” [4]

“The bandwagon for a $15-per-hour minimum wage has run head-on into the laws of economics. It’s pretty much totaled,” Kreutzer wrote in an Heritage Foundation article originally published at Inside Sources. “The best wage policy is a pro-growth economic environment. A vibrant economy increases wages and jobs at the same time.” [5]

After the Competitive Enterprise Institute (CEI) faced a subpoena regarding their climate change communications, Kreutzer came to their defense: [7]

“The Competitive Enterprise Institute did not cast doubt on the dubious climate science. The actual data cast the doubt. The think tank and others have simply pointed out what the data show,” Kreutzer wrote at The Heritage Foundation.

In the rest of the article, Kreutzer claims that recent warming has been natural. [7]

“The agenda and the [Clean Power Plan] CPP are based on three bits of, shall we say, fraudiness,” Kreutzer claimed. He added that carbon dioxide should not be viewed as pollution, stating “To be sure, there is carbon pollution, but it is not carbon dioxide.”

“Using the EPA’s own climate model, climatologists at the Cato Institute calculated the impact of the CPP on world temperature. The result? By the end of this century, the CPP’s maximum impact would reduce world temperature by 0.019 degrees—well within the margin of error. The projected impact on sea-level rise is equally ridiculous—just 0.01 inches by 2100.”

Kreutzer concluded that “The CPP is just another plan to grab power and money—your money.”

Kreutzer was featured on CNBC‘s “Power Lunch” where he promoted an exit from the Paris Climate Agreement: [9]

“Now, obviously when you have handing out billions of dollars of subsidies to different groups and mandates for others, they’re going to be some people that want to stay in an agreement that’s going to keep that gravy train going. But for the economy overall, it would be bad deal to be in the Paris Climate agreement, as it would be to the other countries.” [9]

According to the report, Kreutzer had played a key role in writing and shaping an executive order on energy policy issued by Trump which dimantled a White House working group on the social cost of carbon. [3]

Kreutzer is co-author of a Heritage Foundation report titled “Time to Unlock America’s Vast Oil and Gas Resources” where he, Nicolas Loris and Kevin Dayaratna argue that, among other thing, states should “Avoid useless global-warming taxes and regulations.” [10]

“Any carbon-dioxide tax or carbon-capture-related policies will discourage the use of conventional fuels, including shale oil and gas. These policies will drive up energy costs for everyone and destroy jobs, while providing a negligible impact on global temperatures,” the authors claim. [10]

They also advocate for unrestricted access to federal waters and lands to drilling, and a complete reversal of regulations on fracking. [10]

“The federal government should allow states to regulate fracking without federal interference,” they write. “Congress should explore ways to sell federal lands to states and private individuals who are in a better position to reap the benefits from energy production while protecting the environment.” [10]

Kreutzer co-wrote a report at The Heritage Foundation where the authors claimed that “no consensus exists that man-made emissions are the primary driver of global warming.” The authors go on to describe what they call “the myth of the 97 percent” consensus (see this debunked at SkepticalScience). [11]

“The 97 percent statistic is nothing more than a false talking point; no overwhelming consensus exists among climatologists on the magnitude of future warming or on the urgency to reduce greenhouse gas emissions,” they wrote, citing Richard Tol and David Legates for support. [11]

“[The IPCC] prematurely declared ‘consensus’ that global warming is dangerous, accelerating, and instigated by carbon dioxide (CO2) has had a far-reaching influence, conflating scientific research with certain economic, energy, agricultural, and social policies. Many scientists and scientific institutions consequently have become quasi-political lobbies.”

The also repeat the common myth that because climate changed in the past, that current changes are merely part of a natural cycle: [11]

“Climate change has been occurring ever since the earth’s formation 4.5 billion years ago. Long before any industrial activity, the earth’s average temperature increased and decreased for centuries. The Medieval Warm Period (c. 950–1250) and earlier periods may very well have been as warm as or warmer than the present. […]  Natural variations in climate such as fluctuations in solar activity, volcanic activity, or ocean oscillations like El Niño have all contributed to global warming and global cooling […]

The idea that the science of climate change is ‘settled’ is an absurdity, contrary to the very spirit of scientific enquiry.”

”[…] The Earth has been recovering from the Little Ice Age for a couple of centuries and recovering from a real ice age for thousands of years; it is simply impossible to know whether any observed current warming is a continuation of this natural trend or represents some new man-made phenomenon.”

They claim a conspiracy to “adjust” data, and reference the disproven “hiatus” on global warming: [11]

“In recent years, the perceived need by global warming alarmists to adjust the data has increased dramatically. The leveling off of world temperatures in the unadjusted temperature record is in stark contrast to the accelerating warming forecast by the IPCC climate models. This hiatus in global warming has been an embarrassment to those who base their dire climate predictions on these poorly performing computer models.”

They claim the climate models predict too much warming, citing Roy Spencer and John Christy:  [11]

“How does the earth’s temperature change from a doubling of CO2 in the atmosphere? Recent peer-reviewed literature estimates that the equilibrium climate sensitivity is about two degrees Celsius, much lower than the IPCC’s assumed ECS of 3.0 degrees.” [11]

They claim that ocean acidification is not occurring: [11]

“The oceans are not currently acidic, nor do any projections show them likely to become acidic,” they write. [11]

“Heritage Foundation research has found that any sort of carbon tax, cap and trade, or other combination of carbon regulations such as the regulations on new power plants and existing ones (the Clean Power Plan) will only kill jobs and cut income, all without having any meaningful impact on global temperatures, now or in the future. […] The climate return, if any, is negligible as the President’s climate policies will have next to no impact on global temperatures.” [11]

Below are some samples of authors or groups that Kreutzer and the other Heritage authors cite: [11]

Kreutzer wrote a report advocating for a higher “discount rate” when calculating the social cost of carbon, something that would lower the value of current benefits or costs to take place further into the future. As The Washington Post noted, this would make it harder to justify action to reduce greenhouse gas emissions. [12], [3]

“[R]estricting energy production to meet targets like those of the Paris agreement will significantly harm the U.S. economy.” the study concluded.  [13]

Kreutzer testified before The Committee on Energy and Commerce Subcommittee on Energy and Power at the United States House of Representatives suggesting that the United States should cut its funding of world climate initiatives. “[T]he magnitude of carbon dioxide’s impact on global warming is, in fact, not settled,” Kreutzer declared in his testimony. [14]

According to his profile at the Heritage Foundation, Kreutzer has published commentary in The Wall Street Journal, The Washington Times, the (Cleveland) Plain Dealer, the Sun-Sentinel in Florida, and The Journal of Commerce. [2]

He has published research in the area of economics in journals such as the Journal of Political Economy, National Tax Journal, Economic Inquiry, Southern Economic Journal, and Journal of Energy and Development. [2]

Kreutzer has published over 200 reports, commentary, and testimony transcripts at the Heritage Foundation. View a full list of Kreutzer’s publications, searchable by headline keyword (.xlsx).

Below are some examples discussing climate change. Kreutzer also created reports criticizing the Lieberman-Warner and Waxman-Markey climate bills tailored to each individual state: [2]