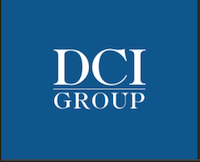 DCI Group, LLC. is a Republican lobbying and public relations firm with offices in Washington, Brussels, and Houston. DCI group has been associated with the telemarketing company Feather Larson & Synhorst DCI and the direct-mail firm FYI Messaging. DCI Group describes itself as an “independent public affairs consulting firm that specializes in public relations, crisis management, grassroots engagement, and digital advocacy.” [1], [2]

DCI Group was founded in 1996 by Tom Synhorst, Doug Goodyear and Tim Hyde as a “grassroots” consulting firm. They developed into a “full-service company” providing media relations, “coalition and third party work,” digital services, and field work for clients that need support for their public policy campaigns. DCI manages issues for clients at local, state, federal, and international levels of government. DCI‘s clients include corporations, trade associations, coalitions, and non-profits. Initially operating in Washington, they opened a Brussels, Beligum location in 2010. [3]

In 2000, DCI Group began publishing the (now-defunct) online magazine Tech Central Station (TCS), “hosted” by James K. Glassman. It was run by DCI Group until fall of 2006 when it was sold to its editor, Nick Schulz. TCS has been a forum for climate change skeptics, and has itself received funding directly from ExxonMobil for “climate change support.” Some reporters have described TCS as being at the forefront of new field of “journo-lobbying. [4], [5], [6]

DCI Group also has connections to the Tea Party, having done lobbying for both Americans for Prosperity and FreedomWorks. DCI Group has also done significant lobbying for the tobacco industry including Altria (previously Phillip Morris). [7]

All three of DCI‘s founders have a history working with R.J. Reynolds Tobacco: Tim Hynde was Senior Director of Public Issues at RJR (1988-1997), Tom Synhorst was a past “Field Coordinator” for RJR, and Douglas Goodyear was past vice president at Walt Klein and Associates who worked for RJR in the 1980s. Goodyear also helped form Ramhurst Corporation, which received over $2.6 million for work done on behalf of RJR. [8], [9], [10]

DCI Group was originally behind TCS Daily, which regularly publishes articles by authors skeptical of man-made climate change. However, DCI group does not appear to have an official statement reflecting their views on climate change.

DCI Group has received more than $3,230,000 for lobbying in the Oil and Gas Industry, with $3,090,000 of this coming from ExxonMobil. They have also received $745,000 from the pharmaceutical industry, and have worked with major defense and weapons manufacturers like Lockheed Martin.

A 2018 profile in Bloomberg outlined how Glassman and DCI group have worked with large hedge funds to influence lawmakers. Bloomberg identified at least six major influence campaigns that DCI group had conducted on behalf of investors in stocks or bonds since 2006. [25]

One example, according to Bloomberg, was July 2014 testimony by Glassman that “meshed perfectly” with the talking points of an affiliate of DCI group he was working for at the time. In his testimony, Glassman argued that Argentina was trying to renege on its debt, and also accused Puerto Rico of the same thing. Glassman never mentioned that he was working for an affiliate of DCI group whose clients at the time included a $25 billion hedge fund that had a dispute with Argentina, and another that was suing Puerto Rico. [25]

It was a pattern of campaigns where DCI group worked with large hedge funds by crafting what appeared as grass-roots support. Without disclosure, “the targets of these campaigns—administration officials, media ‘thought leaders,’ and lawmakers—didn’t know they were being lobbied, much less who paid for it.” [25]

“DCI rounded up ordinary Americans who agreed with its clients and marched them into lawmakers’ offices to lend a veneer of grass-roots support. Meanwhile, Glassman and other ostensibly independent intellectuals blanketed panels, hearings, and press conferences with the same storyline, without ever mentioning their connection to DCI or the hedge funds.” [25]

”[…] That’s where DCI comes in, providing credible-seeming voices to speak up for the funds’ interests—voices like Glassman’s. It’s not illegal, but it undermines basic principles of transparency and trust.” [25]

DCI Group was listed as a creditor in Peabody Energy’s 2016 bankruptcy filings, reports the Center for Media and Democracy (CMD/PRWatch). [21]

While the available bankruptcy documents do not list the scale or dates of funding, they outline Peabody Energy’s financial ties to a large network of groups promoting climate change denial. [22]

The Guardian also analysed and reported on the Peabody bankruptcy findings: [24]

“These groups collectively are the heart and soul of climate denial,” said Kert Davies, founder of the Climate Investigation Center, who has spent 20 years tracking funding for climate denial. “It’s the broadest list I have seen of one company funding so many nodes in the denial machine.”

The company’s filings reveal funding for a range of organisations which have fought Barack Obama’s plans to cut greenhouse gas emissions, and denied the very existence of climate change. […]

Among Peabody’s beneficiaries, the Center for the Study of Carbon Dioxide and Global Change has insisted – wrongly – that carbon emissions are not a threat but “the elixir of life” while the American Legislative Exchange Council is trying to overturn Environmental Protection Agency rules cutting emissions from power plants. Meanwhile, Americans for Prosperity campaigns against carbon pricing. The Oklahoma chapter was on the list. […]

“The breadth of the groups with financial ties to Peabody is extraordinary. Thinktanks, litigation groups, climate scientists, political organisations, dozens of organisations blocking action on climate all receiving funding from the coal industry,” said Nick Surgey, director of research for the Center for Media and Democracy.

“We expected to see some denial money, but it looks like Peabody is the treasury for a very substantial part of the climate denial movement.”

Notable organizations listed in the initial documents include:

Notable individuals named in the initial documents include the following:

Writing as a guest blogger on Watts Up With That, CFACT‘s executive director Craig Rucker denounced the latest UN climate change agreement: [39]

“This agreement will not meaningfully alter the temperature of the Earth, even under the U.N.’s own computer models.

“The bad news is that it plants the seeds of a new UN climate regime that left unchecked will swell into a bureaucratic behemoth.”

DCI Group is a registered lobbyist for the Altria Client Services, Inc., previously known as the tobacco company Phillip Morris. Their most recent contract was listed as beginning in January of 2015, and will end December 31, 2015. Douglas Goodyear is their currently registered lobbyist officer on the case. [11]

News sources including ABC News and the Wall Street Journal reported that DCI Group appeared to be behind a popular YouTube.com video mocking Al Gore’s Inconvenient Truth. Video below. [14], [15]

DCI Group ran the online magazine Tech Central Station (TCS). Among other issues, TCS has heavily published the views of numerous climate change skeptics, including Willie Soon who, according to his C.V., wrote 43 articles for TCS from 2001-2004. [16]

TCS describes itself as “here to help provide the right answers to many of those questions with the news, analysis, research, and commentary you need to understand how technology is changing and shaping our world, and how you can make sense of it all.” [17]

Some notable funders of TCS have included ExxonMobil, General Motors Corporation, Microsoft, and PhRMA. According to a Greenpeace document, ExxonMobil gave $95,000 to TCS in 2003. [16]

DCI Group was retained by the pharmaceutical industry to create public opposition against House legislation that would permit the reimportation of FDA-approved drugs from Canada and elsewhere. [6]