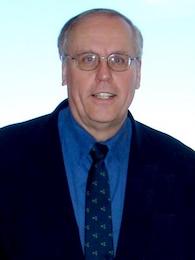 Edward Wegman is a statistics professor at George Mason University, and past chair of the National Research Council’s Committee on Applied and Theoretical Statistics. He is also a Fellow of the American Statistical Association and a Senior Member of the IEEE. [1]

Wegman contributed to the 2006 Committee on Energy and Commerce Report investigation inquiring into the Michael Mann’s Hockey stick graph, in what became known as the “Wegman Report.” Wegman received criticism on more than one occasion for allegedly plagiarizing sections of the report. [3]

Wegman has been a program chair of the Interface Foundation of North America, Inc., which is the host organization for the Symposia on the Interface of Computing Science and Statistics. He was once a Senior Member of Institute of Electrical and Electronics Engineers (IEEE). [4]

The following is from Wegman’s written testimony before the House Committee on Energy and Commerce: [5]

“We were not asked to assess the reality of global warming and indeed this is not an area of our expertise. We do not assume any position with respect to global warming except to note in our report that the instrumented record of global average temperature has risen since 1850 according to the MBH 99 chart by about 1.2º centigrade.” [5]

Below is an excerpt from the Wegman Report: [6]

Testified at a hearing of the House Committee on Energy and Commerce (Subcommittee on Oversight and Investigations) where he presented his findings from the investigation into the hockey stick published by Michael Mann. [9]

Wegman notes (PDF) that “We were not asked to assess the reality of global warming and indeed this is not an area of our expertise.”

It was commissioned by Congress as an investigation into the “hockey stick” graph published by Michael Mann and used by the Intergovernmental Panel on Climate Change (IPCC) prominently to illustrate the reality of climate change. The Wegman report was highly critical of Mann’s graph.

Wegman was later accused of plagiarizing sections of the report, largely from one of the graph’s original authors, Raymond Brandley.

A report by John Mashey found Wegman’s report to be guilty of falsifications, misrepresentation and fabrications that could give rise to a charge of academic misconduct. The Wegman report was initially accepted in 2008 in the journal of Computational Data and Statistics Analysis (CSDA). Following complaints to the CSDA, it was later retracted due to possible plagiarism from Wikipedia and textbooks. [8]

“In both the original Wegman report and a subsequent follow-up paper by Yasmin Said, Wegman and two others, the background sections on social network research show clear and compelling instances of apparent plagiarism. The three main sources, used almost verbatim and without attribution, have now been identified. These include a Wikipedia article and a classic sociology text book by Wasserman and Faust. But the papers rely even more on the third source, a hands-on text book that explores social network concepts via the Pajek analysis software package – the same tool used by the Wegman team to analyze ‘hockey stick’ author Michael Mann’s co-author network.”

“[Azen] did only a cursory personal review, without relevant SNA expertise. He accepted it with no revision in 6 days, quite unusual treatment, especially of a poor article trying to cast doubts on the quality of peer review in climate science, with no evidence of wrongdoing,”  Mashey commented. [12]