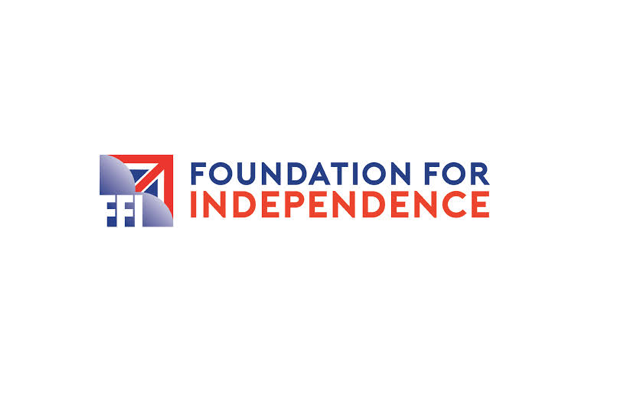 The Foundation for Independence (FFI) is a pro-Brexit business pressure group launched in March 2020. [1]

The FFI seeks to highlight “the benefits of leaving the EU and regaining our independence,” and to advocate for a “full free trade deal with the EU that still ensures we take back control of our laws, borders, money and trade.” [2]

The group aims to “counter the continuing machinations of the ‘rejoin’ lobby and rebut the ever relentless campaign of project fear.” The FFI also plans to run an Independent Business Network (IBN) which it says will provide a “voice” for pro-Brexit member businesses, as an alternative to what it calls the “relentlessly negative attitude of the CBI and similar groups”. [1]

The FFI was set up and is chaired by former Director General of the British Chambers of Commerce, John Longworth, who was suspended from his role in 2016 after breaching neutrality rules by making comments supportive of Brexit. [3], [4]

Longworth was chair of the pro-“hard Brexit” pressure group, Leave Means Leave, which he founded after the EU referendum with property developer and subsequently Brexit Party Chair, Richard Tice. [3], [5]

Stringer has previously dismissed much climate science as “shoddy” and said it should be regarded with scepticism. He is also a Trustee of the Global Warming Policy Foundation, the UK’s principal climate science denial group based at 55 Tufton Street in Westminster. [8], [9]

The FFI has said its Independent Business Network (IBN) will particularly represent businesses that are “family-run” and “pro-Brexit.” Writing for Global Vision a pro-Brexit news and comment site, FFI patron Lance Forman cited Lord Bamford, chairman of construction giant JCB and Conservative Party donor, and James Dyson, entrepreneur and inventor, as examples of the types of business voices the Network will seek to amplify. [1], [13]

Members of the IBN are currently unknown.

The FFI was registered with Companies House the same week as the pro-Brexit think tank, the Centre for Brexit Policy, of which Longworth is Chief Executive. [14], [15]

The FFI does not appear to have published any material on climate change, however, its Political Advisory Board member, Graham Stringer, and Patron, Lance Forman, have made numerous public statements denying the veracity of climate science or seriousness of climate change.

In an article for London paper, the “Newham Recorder,” responding to severe flooding in the Lake District in the winter of 2015, Forman wrote :

“The fact is, that climate change belief or denial is no different to religion. The science (and please don’t accept the nonsense that 95 per cent of scientists believe in man-made climate change; the others are simply silenced otherwise they don’t get their academic grants) is simply based on a future projection of past evidence, but the evidence is so short in the history of our planet as to render it unreliable.

“And if there is to be climate change, why focus on the negative? The drying up of the Dead Sea in recent decades has led to a partnership by former enemies, Jordan and Israel, to create a joint project to rehydrate it. Climate change in this situation has been a force for peace and for good.

“Necessity is the mother of invention and the human race is the most resourceful of God’s creations.

“Of course we will suffer from unexpected weather events as we always have done, but climate change, if there is such a thing, is a gradual phenomenon which we will learn to deal with as both we and it evolves.” [11]

Responding to an article in the Independent newspaper following his appointment to the House of Commons Science and Technology Committee, Graham Stringer, a Global Warming Policy Foundation Trustee and member of the FFI’s Political Advisory Board, said:

“I am sceptical about everything – that is what scientists are. But there has been an enormous amount of shoddy work masquerading as science with regards to climate change.” [8]

Whether the Foundation for Independence receives other sources of funding is currently unknown.

The Foundation for Independence is a private company limited by guarantee, incorporated on 2 March 2020. [18], [19]

As of August 2020, the FFI’s leadership team consisted of:

John Longworth – Chairman. Longworth is a former Director General of the British Chambers of Commerce, having been suspended from the role in 2016 after making comments supportive of Brexit, breaching neutrality rules. After resigning he went on to co-found the Leave Means Leave pro-Brexit pressure group with Richard Tice, who later became chairman of the Brexit Party. Longworth is Chief Executive of the pro-hard Brexit think tank, the Centre for Brexit Policy, established the same week as the FFI. [4], [5], [15], [14]

John Mills – President. Mills is Chairman and Co-founder of the consumer goods company JML. He was a chair of Vote Leave in the 2016 referendum, and founder of Labour Leave. [3]

Daniel Hodson – Vice-Chairman and Co-Founder. Hodson was on the board of Business for Britain and served as Honorary Treasurer to the group. During the 2016 referendum he served as one of the Directors of Vote Leave. [3]

Brendan Chilton – Co-Founder and CEO. Chilton was the head of Labour Leave and has written for numerous Brexit-supporting platforms, including the online magazine Spiked. [3]

Tom Bohills – Vice-Chairman. Bohills is a lawyer and co-founder of the Alliance of British Entrepreneurs, a pro-hard Brexit business pressure group. Bohills has featured on the New Culture Forum’s YouTube channel, where he advocated for a No Deal and a “buccaneering, free-trading” future for the UK. [3], [20]

Members of the FFI’s Political Advisory Board are:

Patron of the Independent Business Network:

Writing on the ConservativeHome website to launch the FFI, Longworth said that there was a need for a “new pressure group” to ensure that “what people voted for” in the EU referendum was “delivered”. Longworth said that the Foundation would “counter the machinations of the ‘rejoin’ lobby” and rebut “the relentless campaign of project fear.”

He said the FFI’s Independent Business Network would “provide a home for a new voice for business” and counter the “relentlessly negative attitude” of the UK’s larger business groups, particularly the Chamber of British Industries (CBI). Business groups such as the CBI and Institute of Directors have been sidelined by the UK government under Boris Johnson for supporting close ties with the EU. The FFI’s launch was reported in The Express, The Telegraph and The Times. [1], [21], [22], [23], [14]

The Foundation for Independence is registered at the following address: