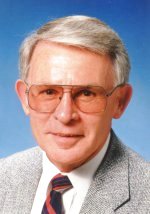 Geoffrey Duffy is a emeritus professor of chemical engineering at the University of Auckland.

He is also the owner and operator of Fibre Dynamics Ltd, a consulting and marketing company specializing in infrared drying and fluid mechanics problems.

Duffy has written numerous articles for Climate Realists, a website that promotes the views of New Zealand climate change skeptics.

“It is also interesting to note that NASA’s Aqua satellite system has shown that the earth has been cooling since 1998. This corresponds with measurements from the Argos sub-ocean probes that the ocean is cooling. This is in stark contrast with the proposals from many ‘climate alarmists’…

“So what are the key players in ‘Climate Change’? The major driver is the sun. Warming depends on the sun. Cooling is due to the lack of sun’s energy.” [2]

“Even doubling our tripling the amount of carbon dioxide will virtually have little impact, as water vapor and water condensed on particles as clouds dominate the worldwide scene and always will.” [3]

“Climate and local weather is forever changing. Sure we must minimize pollution of our air and water systems with obnoxious chemical and particulates, and not treat them as ‘sewers’. But even doubling or trebling the amount of carbon dioxide will virtually have little impact, as water vapour and water condensed on particles as clouds dominate the worldwide scene and always will.” [4]

“Climate has forever been changing and will continue to do so. The major driver is the sun and the radiation from it. The main atmospheric ‘intermediary’ between the sun and earth is water, and thus it dictates the behaviour of the earth’s climate.” [5]

In January 2018, more than 200 scientists endorsed an open letter calling on the American Museum of Natural History (AMNH) to remove climate change denier Rebekah Mercer from its board and to “end ties to anti-science propagandists and funders of climate science misinformation.” The New York Times reported that those among the AMNH letter calling for Mercer to step down were Michael E. Mann, director of the Earth System Science Center at Pennsylvania State University, and Katharine Hayhoe, director of the Climate Science Center at Texas Tech University. [13]

Duffy was among a group of climate change deniers who responded with their own open letter, calling for the AMNH “not to cave in to this pressure.” The letter was signed by numerous individuals with ties to groups funded by the Mercer Family Foundation such as Will Happer of the CO2 CoalitionRichard Lindzen, a fellow at the Cato InstituteCraig Idso, the chairman of the Center for the Study of Carbon Dioxide and Global Change. There are a number of signatories affiliated with the Heartland Institute, which has received over $5.78 million from the Mercer Family Foundation since 2008. [14]

Geoffrey Duffy is listed as a “Founding Member” of group named Climate Exit (Clexit) led by climate change denier Christopher Monckton. According to Clexit’s founding statement (PDF), “The world must abandon this suicidal Global Warming crusade. Man does not and cannot control the climate.” [6], [7]

Desmog reports on how the group grew in the wake of the UK‘s decision to leave the EU. A key member of Clexit’s “60 well-informed science, business and economic leaders” is Hugh Morgan, a former board member of the Reserve Bank of Australia and former CEO of Western Mining Corporation with close ties to Australia’s Liberal party. [8], [9]

“If the Paris climate accord is ratified, or enforced locally by compliant governments, it will strangle the leading economies of the world with pointless carbon taxes and costly climate and energy policies, all with no sound basis in evidence or science […]” [7]

He is also listed as a “registered endorser” of the ICSC‘s “Climate Scientists’ Register” which describes its mission to have “the vast majority of the public come to regard human caused climate catastrophe concerns as unfounded.”