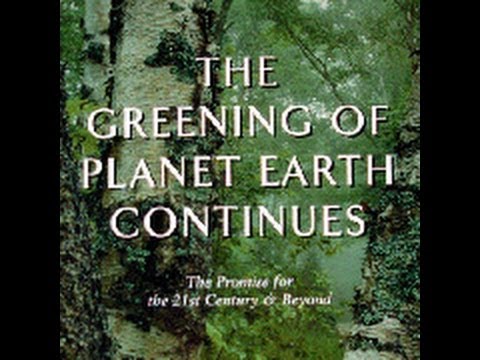 The Greening Earth Society was a 501(c)(3) non-profit organization created by the Western Fuels Association (WFA) in 1997 “as a vehicle for advocacy on climate change, the environmental impact of CO2, and fossil fuel use” (this according to an archived version of the GES website). GES described itself as a “not-for-profit membership organization comprised of rural electric cooperatives and municipal electric utilities, their fuel suppliers, and thousands of individuals.” According to SourceWatch, the group ceased operations some time in 2005. [1], [2]

A 1998 report by the Clearinghouse on Environmental Advocacy and Research found that the Greening Earth Society and Western Fuels are essentially the same organization. They are both are located at the same office suite in Arlington, VA, share the same leader—Fred Palmer—several WFA board members serve as the board for GES, and they have the same “manager of communications and governmental affairs,” Ned Leonard. Both Ned Leonard and Fred Palmer are registered lobbyists for Western Fuels Association. See the full CLEAR report here (PDF). [7], [8]

“Scientific facts stand in stark contrast to the ideology of climate-change-is-catastrophic. […] There is no evidence that the rate of global warming is increasing.” [3]

“The bulk of our financial support comes from rural electric cooperatives, municipal electric utilities, and their fuel suppliers, including Western Fuels Association, Inc., which created Greening Earth Society in 1997 as a vehicle for advocacy on climate change, the environmental impact of CO2, and fossil fuel use.” [1]

Frederick Palmer — President, Board of Directors. [4]

The video, still promoted by the Center for the Study of Carbon Dioxide and Global Change, “further explores issues addressed in our first video, The Greening of Planet Earth, which has been distributed to more than 30,000 people worldwide.” [6]

According to the description, “expert scientists assert that CO2 is not a pollutant, but a nutrient to life on earth,” and increasing CO2 means “faster plant growth, greater agricultural yields and improved water-use efficiency in plants. Evidence shows a picture of the ongoing industrial evolution of humankind as the gree[n]ing of planet earth continues.” [6]

As of March 5, 2005 the main contact information for the Greening Earth Society was: [10]