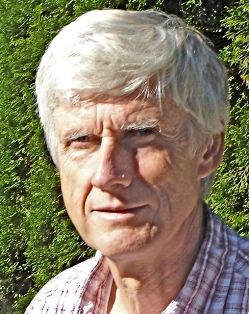 Horst-Joachim Lüdecke is a physicist and professor emeritus of computer science, physics and operations research at the University of Applied Sciences of the Saarland. He is now retired (PDF). [1] Before his position at Saarland, Lüdecke worked for the chemical industry creating numerical computer models for chemical facilities and for flow processes in pipelines and supply pipe networks. His doctoral research was in nuclear physics. [2]

He is listed as an “Advisory Board” member of the German skeptic organization EIKE and is also mentioned as their “Press Spokesman” or Press secretary for science and technology. He has written the book CO2 and climate change (Bouvier-Verlag) which suggests that climate change is a natural occurrence independent of man-made CO2. [3]

“It is the unprecedentedly rapid recovery of the Sun’s activity over the past 300 years – far stronger than anyone had previously suspected – that has been the chief driver of global warming in recent decades. We have very little to do with it.” [4]

“Climate Specialist I’m not. […] My criticism is well founded and professionally sound mix, but [I am] not a specialist in technical details of climate physics.” [2]

Lüdecke participated in a live-streamed Heartland Institute media event in Katowice, Poland scheduled to coincide with the 24th UN Conference of the Parties (COP-24). [14]

“Most CO2 in the atmosphere has increased the growth of plants and crops all over the world. It already has a beneficial effect that should be welcomed by mankind. On the other hand, global warming caused by man-made CO2 has never been proved scientifically. I repeat, because it’s very important: there is no scientific proof. It is only a hypothesis. Therefore, there’s no need for any policy for reducing, regulating, or taxing CO2.” [14]

Heartland’s report was touted as a summary for policymakers, and featured a section on the benefits of fossil fuels to human prosperity, health, and the environment. Heartland claims that their data proves that “humans are not causing a climate crisis.” [14]

Video of the presentation, including Lüdecke’s remarks beginning at 01:31:28, can be viewed on Heartland’s YouTube page:

Ludecke was listed on the program for the 12th conference of the European Institute for Climate and Energy (EIKE), also billed as the Heartland Institute‘s 13th International Conference on Climate Change (ICCC13). According to a translation of the agenda, he spoke on “Climate science in EIKE: Recent research on climate cycles” on November 24. [13]

In January 2018, more than 200 scientists endorsed an open letter calling on the American Museum of Natural History (AMNH) to remove climate change denier Rebekah Mercer from its board and to “end ties to anti-science propagandists and funders of climate science misinformation.” The New York Times reported that those among the AMNH letter calling for Mercer to step down were Michael E. Mann, director of the Earth System Science Center at Pennsylvania State University, and Katharine Hayhoe, director of the Climate Science Center at Texas Tech University. [10]

Lüdecke was among a group of climate change deniers who responded with their own open letter, calling for the AMNH “not to cave in to this pressure.” The letter was signed by numerous individuals with ties to groups funded by the Mercer Family Foundation such as Will Happer of the CO2 CoalitionRichard Lindzen, a fellow at the Cato InstituteCraig Idso, the chairman of the Center for the Study of Carbon Dioxide and Global Change. There are a number of signatories affiliated with the Heartland Institute, which has received over $5.78 million from the Mercer Family Foundation since 2008. [11]

Horst-Joachim Lüdecke was a speaker (PDF) at the Eighth International Conference on Climate Change (ICCC-8)/Fifth International Conference on Climate and Energy (ICCE-5) sponsored by both the Heartland Institute and the European Institute for Climate and Energy (EIKE). Lüdecke’s speech is titled “Causes for Recent Climate Changes: The Role of CO2.” [5]

Lüdecke presented at the Third International Energy and Climate Conference, hosted by EIKE. Video of his presentation (in German), which discussed “the influence of the sun on our climate,” is available here. His Power Point Presentation (.ppt) is available on the EIKE website. [6]

Presented at EIKE‘s Second International Conference on Climate and Energy. His speech was titled “Ist Klimaschutz in der heutigen Form sinnvoll?” or  “Climate protection is useful in its present form?” [3]

Lüdecke released a book titled “CO2 and climate change – facts, errors, politics.” Bouvier-Verlag (2008). According to a critic, the essential theme of the book “is that the politics and the public are convinced only thanks to an ‘incomparable political and journalistic campaign’ of the climate impact of CO2 emissions, and that the majority of climate scientists is not behind the statements of the IPCC, because the causes of climate change, the are largely unknown, and the greenhouse effect is not understood physically.”

According to Urs Neu at the KlimaLounge, “It is a mixture of well-known skeptic allegations and conspiracy theory. It reflects the current trend in the arguments of skeptics, which says: The IPCC is a political conspiracy, and there is a strong group of ‘scientists’ who deny the human climate impact.” Neu points to a number of issues in the book including a “thin” list of facts in the book while “many statements are given only as an assertion without further justification or explanation.” [7]

Lüdecke responds to this criticism here (PDF), pointing to the Medieval Warm Period as further evidence that current climate change should be attributed to natural variations as opposed to man-made CO2. This is listed as one of the most-often cited arguments of climate skeptics by Skeptical Science. [8]

Some of Lüdecke’s publications related to climate science have appeared in controversial journals like Energy & Environment, or have been published by skeptical organizations including the European Institute for Climate and Energy. In other cases, he has published articles largely in physics journals (See a recent Google Scholar Search). For example: