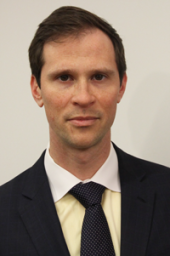 Hubbel Relat is the former vice president for state policy and general counsel for American Energy Alliance. He worked as director of external relations for the pro-fossil fuel group Fueling US Forward before joining the US Department of Interior as special assistant to the solicitor in July 2018. As of January 2019, Relat worked as counselor to David Bernhardt, acting Secretary of the DOI. [1], [11]

Relat has written for Fueling U.S. Forward, a Koch-funded front group crafted by veteran Washington communications specialists. The organization — led by long-time fossil fuel executive and lobbyist Charlie Drevna — seeks to present oil and gas as savior fuels without any mention of the well-known impacts of fossil fuel pollution on our air, water, health and climate. [2]

Relat is also is the former associate director of the Center for Freedom and Prosperity Foundation and has worked with the Koch-affiliated i360 and Freedom Partners Chamber of Commerce where he was chief strategist. [3], [11]

“The President’s carbon rule, his climate legacy, is fundamentally seeking to transfer wealth from the middle states who rely on affordable energy and have made good energy policy priority and transfer wealth to pay for the bad decisions by states like California and the northeast. […] That’s fundamentally what this is–a wealth transfer for states that he likes from states that he does not. ” [2:47:39]

“EPA Administrator Gina McCarthy declared that there was ‘not one single bit of evidence that [the EPA has] destroyed an industry or significantly impacted jobs other than in a positive way.’

This statement is clearly contradicted by reality and credible studies. For example, the economic consulting firm NERA found that the cost of EPA’s so-called ‘Clean Power Plan’ could total nearly $300 billion. Nearly $300 billion in compliance costs will significantly impact jobs.” [5]

“First, wind and solar are intermittent sources of energy, which means they cannot be relied on to provide sufficient electricity at a given point when the grid needs it. Conversely, coal and natural gas are baseload sources of power, precisely because they can be scaled up or down at any given time to meet energy needs. This is a critical difference between renewables and fossil fuels that permanently makes the former unable to actually replace the latter.

The cherry-picking method used to manufacture these projections has been written about extensively.” [6]

“The administration equating our commentary on the relevance of the [mercury rule] to [the carbon rule] as “apples to oranges” presents a straw man that distracts from the lesson states should take away from [the mercury rule] — if you start implementing the rule before full legal resolution, there’s no going back. Even worse, the EPA is counting on this to happen.” [7]

“They are more voluminous,” said Hubbel Relat. “They’ve delved a little deeper into the quest for a range of information that appears to, at times, be asking for every document that’s ever been created by the Department of the Interior.” [12]

“What this [new rule] does is allow us to say, ‘OK. We will produce a set number of documents and then we are going to move to the next requester and then and on and on,” Relat said. “So everyone gets the same amount of documents and we will return to your request once everybody has had a turn.” [12]

Others have argued the changes would make it more difficult for the public to learn what is going on at the DOI. [12]

“The changes are really incredible,” said Adam Marshall, a staff attorney with the Reporters Committee For Freedom of the Press. “And not in a good way.” [12]

The Western Values Project, a non-profit watchdog group that has frequently requested documents from the DOI, commented: [12]

“What they are doing is a very thinly veiled effort to target critics of the Trump administration and to keep their corruption a secret,” said Chris Saeger, the Western Values Project’s executive director. [12]

“We file public records requests in order to find out if the people who run the Department of the Interior have conflicts of interests with the companies that they are supposed to regulate.” [12]

“Despite how important this industry is to all of our lives and our economy, the African-American communities and a lot of rural communities in general are underrepresented and left out of this industry,” Relat said. “A lot of the time they are simply not made aware of the job opportunities in the industry.” [10]

Hubbel Relat appeared on a panel titled Energy: Changing the Narrative, “presumably meant to change the narrative of climate change to one of energy independence” reported The Nation. [9]

“The President’s carbon rule, his climate legacy, is fundamentally seeking to transfer wealth from the middle states who rely on affordable energy and have made good energy policy priority and transfer wealth to pay for the bad decisions by states like California and the northeast. […] That’s fundamentally what this is–a wealth transfer for states that he likes from states that he does not. ” [2:47:39]

Sample publications at Fueling US Forward: