Information Council for the Environment 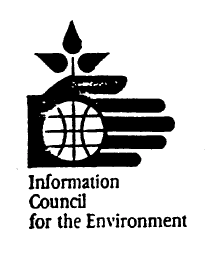 Information Council for the Environment (ICE)

The now-defunct Information Council for the Environment (ICE) was a program proposed by a coalition of U.S. coal companies including the Western Fuels Association and Southern Company, joined by the Edison Electric Institute. [1]

The goal of the group was to “Reposition global warming as theory (not fact),” which it would accomplish through a series of radio and newspaper advertisements. The group would be guided by a “Science Advisory Panel” made up of scientists such as Robert Balling, Patrick Michaels, and Sherwood Idso, who would also contribute with public appearances and newspaper columns for the group, as outlined by the group’s communication plan and documented by Ozone Action. [1]

One of the ads read “Who told you the earth was warming […] Chicken Little?” and claimed that “evidence that the earth is warming is weak.” It also claimed proof that carbon dioxide was the primary cause for climate change was “non existent.” [1]

According to its communications plan, ICE‘s Mission was as follows: [1]

“The mission of the Informed Citizens for the Environment is to develop and effective national communications program to help ensure that action by the Administration and/or Congress on the issue is based on scientific evidence.” [1]

ICE collapsed shortly after internal memoranda for their PR campaign were leaked to the press, after which Patrick Michaels distanced himself from the campaign, saying it contained “blatant dishonesty. [2]

A 2015 report by the Union of Concerned Scientists (UCS) noted that ICE‘s $500,000 advertising campaign “was designed to disparage climate science and cherry-pick the data to highlight claims of cooling temperatures in order to confuse the public.” UCS also noted that some remained disappointed that the ICE program could not have been continued. For example, Fred Palmer had written that , “it is unfortunate that ICE did not go forward” since the campaign did provoke a “dramatic turnaround in how people viewed the issue of global warming.” [3]

According to a report by Ozone Action, the initial plan for ICE proposed a number of potential program names: [1]

A report at the Energy & Policy Institute detailed the role of Gale Klappa in ICE, then vice president at Southern Company, and retired CEO of We Energies. [4], [5], [6]

Back in 1991, Klappa was interviewed in a the New York Times article regarding the leaked ICE documents, saying:  [4], [7]

“Those who are predicting catastrophe have been very effective at getting their message across in national media, and in so-called ‘public service’ announcements. But there is another viewpoint, a substantial viewpoint from a body of reputable scientists, and that viewpoint has really not been made available to a large majority,” Klappa told The New York Times in a telephone interview. [4]

Amy Jahns, Media Relations Specialist at We Energies, responded to Energy & Policy Institute writer Matt Kasper on how Klappa became involved in ICE. “Gale Klappa served as president of the ICE board more than 25 years ago,” she said, going on to present Wisconsin Energy’s emission control investments and reductions. [4]

“We believe it is wrong to predict that higher levels of carbon dioxide will bring catastrophic global warming.” [1]

The initial proposed budget was $510,000 for Media, PR, Research, and Production in a number of test markets. [1]

In an interview with DeSmog’s Graham Readfearn, Fred Palmer outlined the initial formation of ICE. He said that he had been approached by Gale Klappa, then of Southern Company, and Fred Lukens of Minnkota Power, asking him to join the board. [8]

“I went to my board not long after the Hansen presentation, probably in 1990, and I said, you know, these coal plants have the most CO2 coming out of them than anywhere else. It was the top of the food chain, I called it. The board agreed. The board said I could go on the ICE board, so I did,” Palmer said. [8]

However, he added that he soon became “dissatisfied” with ICE‘s approach. Palmer said, “I didn’t think it was a PR issue. I thought it was a scientific educational issue.” [8]

“I have always been about education, but I was chair (of ICE) and […] I looked at it and I said ‘I don’t like this’ and so we got out of ICE and it was abandoned and Western Fuels started the Greening Earth Society,” he added. [8]

A report by the Union of Concerned Scientists titled “The Climate Deception Dossiers“ included a section detailing the “misleading advertising” in the ICE campaign. The report noted that “ICE’s own internal documents show that as the organization was running its ad campaign the group was aware of science showing a ‘long-term warming trend,’ including record warmth and above-average temperatures.” [3]

The radio ads would run in Flagstaff, featuring Dr. Bob Balling, with the final two weeks featuring ads with both Balling and Bruce Williams. Ads in the Bowling Green region would also feature Pat Michaels. [1]

The following text was proposed for an ad on the Rush Limbaugh show, which would run in Fargo and Bowling Green according to the letter to Bill Brier: [1]

The letter is signed by Fred Lukens, and CC‘d to Gale Klappa.

ICE commissioned a telephone survey consisting of 1500 interviews with objectives to identify the following: [1]

The survey report includes a number of recommendations for ICE. With regard to target audiences, it suggests that “older, less-educated males who are not typically active information-seekers” are more likely to ‘favor the ICE agenda’.” [1]

“One possible target audience includes those who are most receptive to messages describing the motivations and vested interests of people currently making pronouncements on global warming—for example, the statement that some members of the media scare the public about global warming to increase their audience and their influence. People who respond most favorably to such statements are older, less-educated males from larger households, who are not typically active information-seekers, and are not likely to be ‘green’ consumers,” the report reads.

“Members of this group are skeptical about global warming, predisposed to favor the ICE agenda, and likely to be even more supportive of that agenda following exposure to new information. They are not, however, accustomed to taking political action. They are good targets for radio advertisements.

“Another possible target segment is younger, lower-income women. These women are more receptive than other audience segments to factual information concerning the evidence for global warming. They are likely to be “green” consumers, to believe the earth is warming, and to think the problem is serious. However, they are also likely to soften their support for federal legislation after hearing new information on global warming. These women are good targets for magazine advertisements.” [1]

As part of an ICE “public relations tour,” the group proposed the following schedule: [1]

11:00 a.m.
Meet with editors and writers at the Arizona Daily Sun. Dr. Robert
Balling from Arizona State University or Dr. Sherwood Idso from the U.S. Water Conservation Laboratory will replace Dr. Michaels for the Flagstaff meetings.

12:30 p.m.
Meet with editors and writers at The Fargo Forum.

2:00 p.m.
Tape appearance on KX4 News Conference on KXJB–TV. Program is hosted by Kathy Coyle and airs on Sundays.

4:00 p.m.
Appear on KTHI–TV‘s On The Line hosted by Steve Poitras. Half-hour program.

1:00 p.m.
Meet with editors and writers at the Bowling Green Daily News.

“The most serious problem with catastrophic global warming is–it may not be true.”

“Who told you the earth was warming… Chicken Little?”

The following address was present on ICE letterhead: [1]