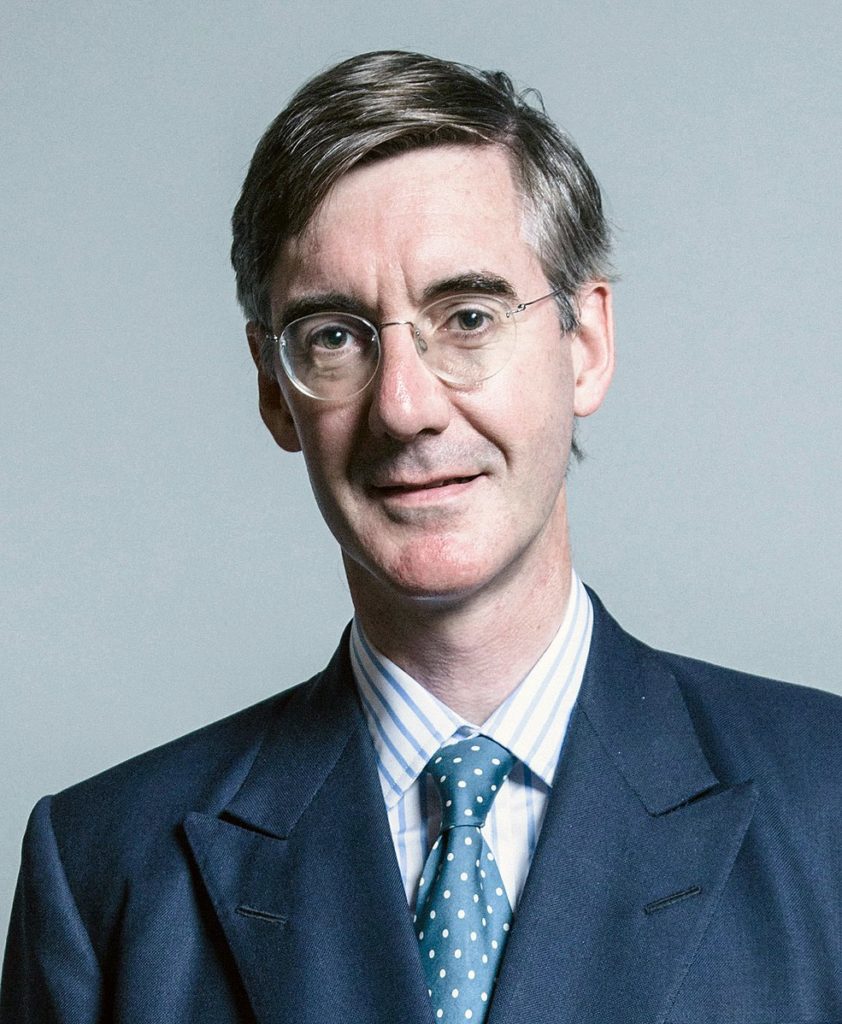 Jacob Rees-Mogg is the Leader of the House of Commons as of July 2019 and a Conservative MP for North Somerset. In May 2017, he was voted the party grassroots’ favourite to succeed Theresa May as Prime Minister – a suggestion he has repeatedly dismissed. [18], [2], [3]

Rees-Mogg is well known for his socially conservative views on issues including abortion and the use of food banks. [4]

He has claimed that “climate alarmism” is responsible for high energy prices, and that it is unrealistic for scientists to project future climate changes as meteorologists struggle to correctly predict the weather. [5]

In 2014, he was referred to the parliamentary standards watchdog for failing to disclose interests in a company with millions of pounds invested in energy companies when speaking in relevant debates, the Independent reported. [6]

Writing in the Telegraph: [5]

“It is widely accepted that carbon dioxide emissions have risen but the effect on the climate remains much debated while the computer modelling that has been done to date has not proved especially accurate … common sense dictates that if the Meteorological Office cannot forecast the next season’s weather with any success it is ambitious to predict what will happen decades ahead.”

Following his election as Chair of the European Research Group (ERG), Rees-Mogg said in a statement: [7]

“The ERG speaks individually not with the collective view but has considerable support across the parliamentary party. As chairman I intend to be helpful, vigorous and supportive towards government policy of making a success of Brexit.”

In a 2017 interview, Rees-Mogg said he thought humanity should adapt to, rather than mitigate, climate change, and cast doubt over the effectiveness of humans’ ability to change the climate for future generations, misrepresenting a recent report from the UN‘s expert body, the IPCC. [8]

“I would like my constituents to have cheap energy rather more than I would like them to have windmills,” he said.

“If you read the IPCC report on this [climate change] it said that if you were to take action now to try and stop man-made global warming, it would have no effect for hundreds or possibly a thousand years. I’m all in favour of long-term policymaking. But I think that trying to forecast the climate for a thousand years, and what little steps you make now having the ability to change it, is unrealistic. And I think the cost of it is probably unaffordable.”

“I think you need to look at ameliorating the consequences of anything that may happen, like dredging the rivers on the Somerset levels so the flood waters have some means to escape – doing that on a wider scale. Looking at the Dutch experience over hundreds of years in making land that is below sea-level prosperous agricultural land. I think you ought to take that approach rather than going back to living in the stone-age by reducing people’s use of energy.”

“I think we have to be realistic about what we can change, the timescale over which we can change it, and actually I think mankind is highly adaptable, and we need to look at more adaptability rather than changes in behaviour.”

“Donald Trump does conservative things. He had a fantastic budget that cut taxes. He was Reaganite in his approach. He’s got drive and enthusiasm for what he does. His judicial appointments are really well thought-through. He’s much more deliberative and thoughtful than people give him credit for…” [17]

Rees-Mogg was elected to lead the influential pro-Brexit Conservative group of MP backbenchers, the European Research Group (ERG). The group was formed by Eurosceptic Conservatives and campaigns for a hardline approach to Brexit. [7]

In a statement, Rees-Mogg said: “It is especially important to achieve control of our laws, control immigration and achieve new trade agreements with other countries.” [7]

The Guardian revealed Rees-Mogg met with Steve Bannon, Donald Trump’s former chief strategist and previous chairman of the right-wing and climate science denying website Breitbart News, to discuss how conservative movements can prosper in the UK and US. [9]

Rees-Mogg was referred to the parliamentary standards watchdog for failing to declare that he was a founding partner and director of Somerset Capital Management – a firm that held investments worth about £3 million in mining firms, £2.4 million in oil and gas producers, as well as £23 million in tobacco companies – when speaking in relevant debates, the Independent reported. [6]

Todd Foreman, Labour Party candidate for North East Somerset at next year’s election, accused Rees-Mogg of putting his business interests ahead of those of his constituents: [10]

“These apparent breaches of the rules regarding declarations of financial interests by Jacob Rees-Mogg are very serious, and residents in North East Somerset should be very concerned to learn how Jacob Rees-Mogg is using his position as an MP to promote his own business interests.”

Rees-Mogg complained in parliament about having too little time to debate a 2030 framework for climate and energy policy “just at the time when people are realising that they want cheap energy, not more environmental regulation.” [11]

In an opinion piece in the Telegraph, Rees-Mogg criticised the UK government’s policy for pushing to move away from cheap and dirty forms of energy such as coal due to “climate alarmism.” [5]

In the same article, he criticised Met Office climate models for being inaccurate, and compared climate scientists’ reliance on them to financial analysts’ use of computer models prior to the 2008 financial crash. [5]

Rees-Mogg lists articles he writes for local news outlets on his website. [15]