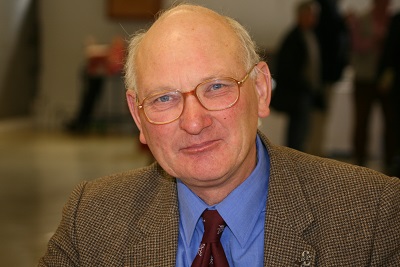 In June 2018, Agnew was elected rapporteur of the agriculture committee, a role that helps to lead EU proposals through the European parliament and eventually into law. [6]

In the 2017 UKIP leadership election, Agnew backed anti-Islam candidate Anne-Marie Walters who he compared to “Joan of Arc” and told the Eastern Daily Press that he would be her deputy if she won. [7], [8]

According to his CV on the European Parliament’s website, Agnew worked as a soil and water conservation officer in Rhodesia (now Zimbabwe) in the 1970s and was a member of the reserve Rhodesian army. [2]

As of January 2018, he has declared his membership of the National Farmers Union, the Songbird Survival Trust and the Anglia Farmers’ Cooperative. He also declared receiving EU subsidy as part of the EU’s Common Agricultural Policy. [9]

Agnew has described global warming as “a scam” and criticised “warmist rants”. [10]

In a 2015 blog post called “My Personal Experience of the Global Warming Scam”, he wrote about the “doom-laden predictions” of professors taking part in a conference on man-made climate change at the University of East Anglia. He also used a series of cold winters to justify his belief that global warming is not happening. [10]

The same year, he told the European Parliament that cutting carbon dioxide emissions could cause crops to die and that the EU’s decarbonisation policies would lead to food shortages. [11]

In a 2018 report, Agnew blamed climate change on cosmic ray fluctuations, sunspot activity and planetary gravitational pulls from elsewhere in the galaxy. [12]

During the 24th UN climate summit (COP24), Agnew attacked natural history broadcaster David Attenborough for warning of the dangers posed by climate change, writing that Attenborough is “attracted to hyperbole as flies are drawn to the jam pot”, in a blog entitled “Treasured National Leftie Goes Bananas.” [16]

In the same post, he claimed the UN Intergovernmental Panel on Climate Change (IPCC) was “largely made up of politicians with perhaps as few as twenty-five climatologists in its ranks,” while praising the climate science denying Heartland Institute. He went on to describe the retired professor Richard Lindzen, who sits on the “Academic Advisory Board” of the UK-based Global Warming Policy Foundation, as “the world’s most distinguished climatologist.” [16], [18]

During the UN climate summit in Poland, COP24, Agnew responded to British television presenter David Attenborough’s speech at the conference by saying: [16], [17]

“The very excitable St David Attenborough is attracted to hyperbole as flies are drawn to the jam pot. If he were a woman, instead of being only rather effeminate, we should call him Hysteria. Yesterday he emerged from – insert any one from: the monkey house, the south pole, the international quango HQ – to warn us, “Time is running out to save the planet.” [16]

“But it’s all tosh. Well, all tosh and rich rewards in the form of massive grants from those international quangos, especially the UN.  The Intergovernmental Panel on Climate Change (IPCC) likes to advertise itself as the representative body of scientific experts on the subject. It is nothing of the sort, being largely made up of politicians with perhaps as few as twenty-five climatologists in its ranks.” [16]

In a report to the European Parliament, Agnew wrote:

“The other greenhouse gases, CO2, methane and nitrous oxide have a negligible effect on our climate. The only potential risk of a major CO2 event in Europe is an erupting volcano. [12]

Addressing the EU Parliament during a debate on the UN climate conference in Bonn, Agnew said:

“This ludicrous myth of man-made global warming is going to impact on agriculture. Farmers apparently are going to have to improve the world weather by emitting fewer greenhouse gases. There are two of them that we emit where we find ourselves in total contradiction to EU dogma.” [13]

“Are you aware that if you succeed in decarbonising Europe, our crops will have no natural gas to grow from?

“We have to have carbon dioxide. This is madness. Absolute madness what you are suggesting. Our agriculture industry is going to suffer heavily if we attempt to bury carbon dioxide. It is absolutely mad.” [11]

A few days later, Agnew wrote in a blog post:

“I just wonder when the bubble is going to burst on this whole ludicrous [man-made global warming] saga.” [10]

In the same post, Agnew expressed his disbelief in renewable energy:

“I assume that, whilst current contracts will be honoured by future governments for the 25 year period, it is more than likely that this ‘renewables scam’ will have run its course by then […]. I am determined to live to 90 years old, just to see what happens!” [10]

Agnew wrote a report to the European Parliament in which he blamed climate change on cosmic ray fluctuations, sunspots activity, ocean currents and planetary gravitational pulls from elsewhere in the galaxy, the Guardian reported. [12]

He also called for a €5.45bn fund called “Life” to be used to prepare for an impending period of low sunspot activity, while removing proposals from the European Commission for the fund to be spent on clean energy infrastructure, as well as references to climate mitigation and obligations under the Paris agreement. [12]

Dave Reay, professor of carbon management at Edinburgh University told the Guardian that Agnew’s report was “laughable” and misused climate science in a way that would “make the dinosaurs blush.” [12]

Agnew was one of about 30 people who attended a screening of the climate science denial film Climate Hustle. The event was organised by the eurosceptic Europe of Freedom and Direct Democracy Group (EFDD) and UKIP MEP Roger Helmer. [14]

Agnew told the European Parliament that plants need carbon dioxide to grow and that European policies to reduce greenhouse gas emissions would cause crops to die and lead to food shortages. [11]

Responding to Agnew’s comments, Richard Betts, leading scientist on climate impacts at the Met Office, said: “CO2 concentrations in the atmosphere will remain near current levels for decades or longer even with very deep emissions cuts. I do not think that a reduction of the supply of CO2 to crops is at all on the cards.” [11]

A report by the International Panel on Climate Change (IPCC) published in 2014 found that crop levels would likely fall if greenhouse gas emissions continued to rise, with increased floods, droughts and other extreme weather events. [15]

Agnew said he attended the climate science denial conference which took place on the fringe of the UN climate talks in Copenhagen in 2009. [10]

Writing about the conference in 2015, he said: “It was early December and I was amused to note how much the temperature was dropping over the three days. Some delegates were clearly under-dressed in the belief that cold winters were a thing of the past, and were looking distinctly uncomfortable. Our own little conference taught me a great deal more about what is driving our weather and I am now a poacher turned gamekeeper.” [10]