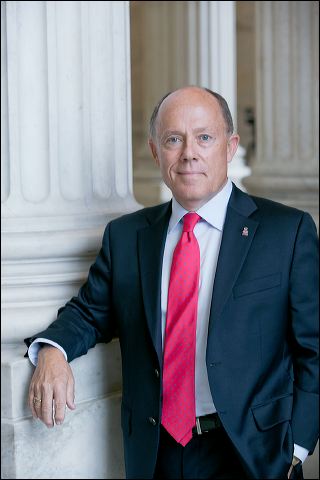 Mark Mills has been President of Digital Power Group since 2001 and operates the website Tech-Pundit.com. He is a Faculty Fellow at the McCormick School of Engineering and Applied Science at Northwestern University, a Senior Fellow at the Manhattan Institute, and a Strategic Partner at Cottonwood Venture Partners, an investment firm focused on technological advancements in oil and gas production. He serves on the Advisory Board of the Notre Dame Reilly Center for Science, Technology, and Values. [1]

Mills began his career in uranium mining and refining with Eldorado Nuclear (now Cameco) before moving to RCA as an engineer and physicist. He worked on defense-related projects with NORTEL and served as a staff consultant to the White House Science Office during the tenure of President Ronald Reagan. [1]

Mills is a regular contributor to Forbes Magazine and his writings have been featured in the New York Times and Wall Street Journal. He has appeared on television on multiple networks. [1], [2]

The Greening Earth Society, a project of the Western Fuels Alliance that promoted CO2 as beneficial to the environment, listed Mills as a scientific advisor between 1998 and 2000. [3]

“Many Greens think that they have a good grip on the likely trajectory of the planet’s climate over the next 100 years. If we keep burning fossil fuels at current rates, their climate models tell them, we’ll face a meltdown on a much larger scale than Chernobyl’s, beginning with the polar ice caps. Saving an extra 400 million tons of coal here and there—roughly the amount of carbon that the United States would have to stop burning to comply with the Kyoto Protocol today—would make quite a difference, we’re told. But serious Greens must face reality. Short of some convulsion that drastically shrinks the economy, demand for electricity will go on rising.” [4]

Writing for The New Atlantis, Mills expressed his belief that the only worthwhile technological advances in the energy sector were those that serve existing systems of procuring and processing fossil fuels:

“No existing technologies can move us away from hydrocarbons on a global scale; there are no quick, easy solutions.” [5]

In a report published by the Manhattan Institute titled “Shale 2.0: Technology and the Coming Big-Data Revolution in America’s Shale Oil Fields,” Mills downplayed the efficacy of renewable energy sources when compared with shale oil:

“In terms of energy output, per unit of capital cost, for energy-producing hardware, shale technology has improved by some 500 percent during the past five years; wind turbines, solar cells, and lithium batteries have improved as well, but far less spectacularly. Further, efficiency gains in alternative-energy technologies are slowing, while shale technology shows few signs of a slowdown. Such trends refute the belief that tech progress is bypassing hydrocarbons.” [6]

Writing for The Spectator, Mills suggested an energy paradigm shift was unlikely to arise from new forms of energy, but rather from advances and efficiencies in the existing hydrocarbon sector:

“One thing has not changed in 40 years: perpetual-motion-machine-style wishful thinking. While emerging energy technologies offer exciting (essential) promise, none of them are about to disrupt the oil industry. Terrorism, terrible policies, and wars can. Energy tech is the hope to sustain, not disrupt, our oil-dependent economy.” [7]

Praising the role of cities in maximizing economic productivity while preserving the rural landscape for agriculture and wildlife, Mills and Peter Huber asserted no new forms of energy would be able to power increasingly consumptive urban environments:

“The city itself is all the more kind to the environment, because it has so completely rejected the policies that the green establishment holds dearest. It shuns ‘renewables.’ …

“There’s no way the city could ever adopt the green establishment’s ‘renewable’ path to energy. Manhattan is never going to heat its buildings or power its computers with rooftop solar cells, biomass, or windmills. There’s nowhere near enough rooftop or wind, and no biomass to speak of, other than the mass of the people.” [8]

He also predicted EV sales would stagnate with increased demand for fossil fuel-powered SUVs and trucks in America combined with the drawdown of Chinese EV subsidies and American job losses due to the outsourcing of battery manufacturing. [21]

“Changing a car’s fuel source is about as revolutionary as changing the feed for a horse,” Mills claimed. [21]

Mills penned an op-ed for the Wall Street Journal that questioned the sustainability of renewable energy as well as its ability to replace carbon-based fuel sources. A speculative assessment of the financial and environmental costs of producing solar panels, wind turbines, and batteries was based on data from the Abu Dhabi-based International Renewable Energy Agency and the Dutch government. [20]

Concluding that renewables cannot replace carbon and nuclear power at current and predicted consumption levels, Mills described the spirit of the Paris Accords as an unobtainable dream: [20]

“Engineers joke about discovering ‘unobtainium,’ a magical energy-producing element that appears out of nowhere, requires no land, weighs nothing, and emits nothing. Absent the realization of that impossible dream, hydrocarbons remain a far better alternative than today’s green dreams.” [20]

In testimony before the Senate Committee on Energy and Natural Resources, Mills appeared on behalf of the Manhattan Institute to advocate for expanding the market for American-produced natural gas to overseas markets:

“Increasing domestic natural gas production has the potential to add millions of jobs and hundreds of billions of dollars to the GDP over the coming years. But in the new realty, it is clear that the scale of growth in domestic gas production coming can’t possibly get absorbed by any growth in U.S. domestic demand. In all likelihood, not even half of the expected rise in output from the profoundly productive American shale fields can be taken up domestically. Exports of LNG will become an increasing critical if not the primary vector for new gas production.” [9]

Mills co-founded Cottonwood Venture Partners with a focus on the “digital oilfield.” The firm’s portfolio includes holdings of technology companies that provide tools and services to oil and gas extractors.

In a piece for Forbes.com titled “The Art of the Arctic Deal,” Mills lamented the outgoing Obama Administration’s offshore drilling ban:

“What are we to make of the Obama Administration’s unprecedented move to permanently ban offshore oil and gas drilling in the Arctic and the Atlantic coast? For the anti-oil ‘green’ lobby this action was publicly hailed as ‘an incredible holiday gift.’ The ban was also good news for lawyers readying for years of litigation to combat another of the current Administration’s ever-creative use of ancient statutes. More importantly, the move was doubtless greeted with quiet delight in Riyadh and Bejing (sic), and most of all in Moscow. It is fitting that the Obama Administration began, and now ends with a gift for Vladimir Putin.” [11]

Mills presented a talk at The Heartland Institute’s Tenth International Conference on Climate Change. The title of the presentation, “Shale 2.0 Will End Green Dreams,” is based on a report Mills authored for the Manhattan Institute titled “Shale 2.0: Technology and the Coming Big-Data Revolution in America’s Shale Oil Fields.” [12], [6]

The fundamental assertion in Mills’ presentation was that technological advancements in fossil fuel extraction and processing far outpace advancements in the renewable energy sector, and should therefore be prioritized over renewables when shaping energy policies:

“At the core, all climate policies that are ultimately effected are always about energy. There’s nothing else about climate policy other than giving money to climate scientists to genuflect to the idea that the climate apocalypse is happening.” [12]

Writing for RealClear Politics, Mills suggested geopolitical factors – namely terrorism and reliance on foreign sources of energy – required a boost in the production and export of U.S.-based fossil fuels.

In order to achieve energy dominance in the world hydrocarbon trade, Mills presented a strategy that begins with opening up private and public lands for expanded resource extraction:

“Step 1: Encourage yet more production on private and state lands. This could be done with expeditious regulatory approvals, as opposed to today’s heel-dragging, especially relating to collateral infrastructure from pipelines to refineries and ports (think Keystone pipeline). And to really accelerate things, we could offer the classes of tax credits, subsidies, and special favors now given to non-hydrocarbon energy.” [13]

Speaking at a George Marshall Institute event, Mills presented his views on the profit margins of oil and gas technologies versus those associated with renewable energy. According to Mills, revenue yields from fossil fuels prove their superiority over alternative energy sources: [14]

“When you buy a piece of hardware in a factory or any business it has a capital cost and a revenue yield, and these are the ultimate reductionist measures that matter. In the end, I’m a physicist, I like physics, I like tech, but in the end it’s the money that matters. The laws of physics always prevail, but they don’t work so well if you don’t make any money. In the business world, you need to make money.”

Mills also cited the economic growth catalyzed by fossil fuel production to justify the expansion of hydrocarbon extraction in the U.S.:

“We should get behind accelerating, not impeding, the oil and gas and coal sectors of the United States, because there’s a lot of jobs being created there already.” [14]

“Electricity fuels the infrastructure of the world’s ICT (Information-Communications-Technologies) ecosystem – the Internet, Big Date and the Cloud. Coal is the world’s largest single current and future source of electricity. Hence the title of this paper.” [15]

Mills and Peter Huber, citing America’s ever-increasing energy demands, called on environmentalists to embrace nuclear power as the only viable alternative to coal:

“The power has to come from somewhere. Sun and wind will never come close to supplying it. Earnest though they are, the people who argue otherwise are the folks who brought us 400 million extra tons of coal a year. The one practical technology that could decisively shift U.S. carbon emissions in the near term would displace coal with uranium, since uranium burns emission-free. It’s time even for Greens to embrace the atom.” [4]

Between 2000 and 2003 Mills and Peter Huber co-authored the monthly Digital Power Report investment newsletter, which was published by Forbes. [18]

Mills has written numerous reports for the Manhattan Institute, including:

Mills co-authored a book, The Bottomless Well: The Twilight of Fuel, The Virtue of Waste, and Why We Will Never Run Out of Energy, with Peter Huber in 2006, and wrote Work in the Age of Robots under the RealClearBooks imprint. [18]