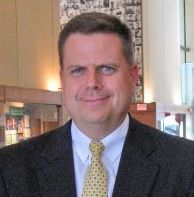 Michael (Mike) McKenna is a former energy lobbyist and communications specialist currently serving as a deputy assistant to the President of the United States. [3], [4]

McKenna served in the Department of Energy under the George H.W. Bush administration and was the Policy and Planning Director of Virginia’s Department of Environmental Quality between 1994 and 1997. He was forced to resign from the latter position after suggesting that the governor’s office should threaten to sue an oversight agency that was critical of the administration’s failure to enforce water quality laws. [5], [6]

In September 2016, after advising former Texas Governor Rick Perry’s failed presidential bid, McKenna was picked to manage President-elect Donald Trump’s transition team at the Department of Energy, which regulated the activities of many of McKenna’s clients. One of his stated goals was to help roll back the Clean Power Plan and the Clean Water Act. McKenna left the transition team in November of 2016 to avoid de-registering as a lobbyist in accordance with new administration rules. [4], [7], [5], [10], [11]

Immediately following his departure from the Trump administration, McKenna returned to MWR where he continued to lobby FERC on behalf of CPV. Financial disclosures revealed that CPV paid McKenna more in 2017 than in any previous year, while a natural gas pipeline serving a CPV plant was awaiting approval by FERC. [4], [5], [12]

Following his appointment to the Trump transition team at the Department of Energy in 2016, McKenna revealed his feelings about the Paris Climate Accords:

“[T]he right answer in a non-legally binding situation like Paris and the right answer on that option list is do nothing, and I expect that’s what the Trump administration is ultimately going to chose to do with Paris is do nothing, ignore it, pay no attention to it. Just treat it as an annoyance that comes around every year or so.” [10]

Speaking about the Trump administration’s plans to roll back the Obama-era Clean Power Plan:

“I think there’s a bunch of different ways to scrap the plan.” [10]

McKenna was hired by the White House to work in the legislative affairs office and to serve as a deputy assistant to the president on energy-related issues. [4]

“Elected officials who are concerned about voter opinion should probably think twice before expanding favorable tax treatment for electric vehicles. Voters in each state we examined are very skeptical of them,” McKenna was quoted in the AEA press release. [17]

DeSmog reviewed the previous poll and found it contained misleading questions and conflicted with a separate poll conducted by Yale University and George Mason University that showed that Democrats, Republicans, and Independents all shared positive opinions of electric vehicles. [17]

Two of the questions claimed that purchasers of EVs received “75 hundred dollars” from taxpayers and the federal government, which is a false characterization of how tax credits actually work, and ignored the fact that most EVs are leased, not purchased. [14]

In promoting the poll, the AEA did not highlight results showing that respondents clearly believed that EVs were better for the environment and were in favor of emissions standards for gasoline-powered automobiles. [14]

After two months on the job, McKenna left the team to avoid de-registering as a lobbyist in accordance with new rules barring lobbyists from performing official government duties. [10]

McKenna told reporters that the incoming Trump administration planned to roll back the Clean Power Plan and the Clean Water Rule, and potentially withdraw from the Paris climate agreement. [10]

Returning to his work with MWR, McKenna said:  [10]

“Although I have reluctantly decided that I cannot continue on the transition in an official capacity,” he said, “I am excited about continuing to work to make America great again.”

Speaking to Fox News about stalled cap-and-trade legislation, McKenna described it as an energy tax: [16]

“I don’t really see any compromise, because no matter how you slice this, it’s an energy tax. […] At the core it means to make energy more expensive.”

McKenna resigned from the Virginia Department of Environmental Quality after a memo he wrote went public in which he urged the governor’s office to discredit and threaten a legislative oversight commission. [15]

Below is a summary of McKenna’s former clients and lobbying firms, based on data from OpenSecrets: [3]